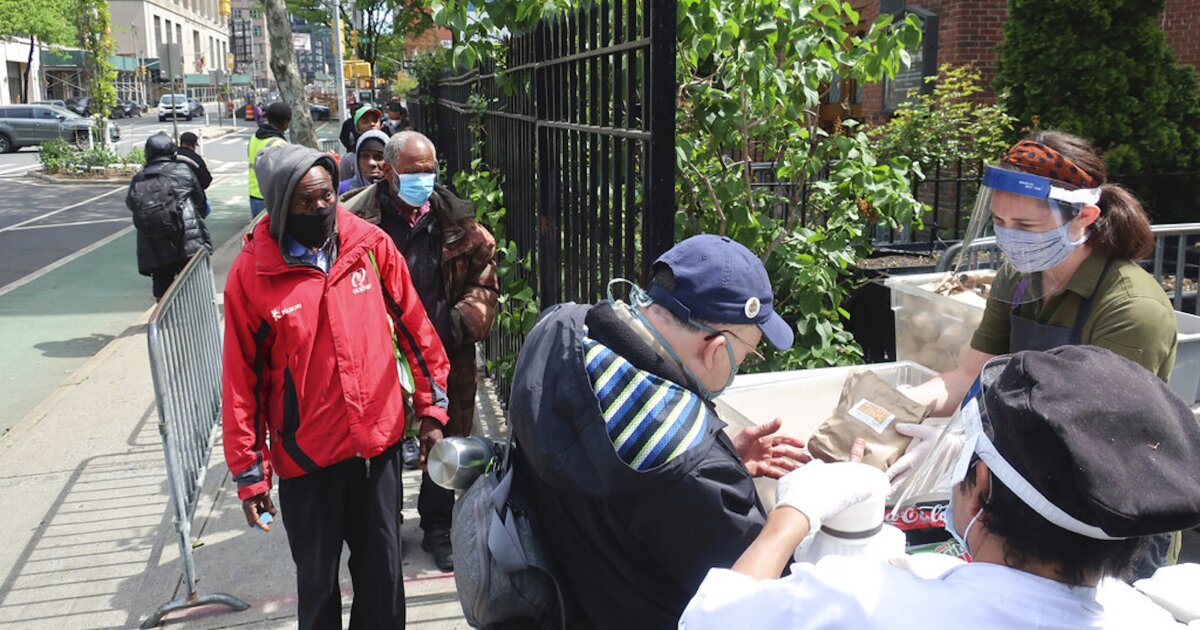 Among the challenges facing the new administration in Washington, one of the most important is to reduce or even eliminate poverty. But if policy initiatives are based on poverty myths rather than reality, not only are the chances of success reduced, but also some policies may unintentionally make poverty worse.

Three widely held myths concerning poverty are that it is a generational curse, it is primarily caused by racism, and the poor are helpless victims of large, impersonal forces. None of these myths is true.

One popular myth is that poverty is a generational trap — that if your parents were poor, then you are poor, and your children will be poor. If this were true, meaning that some families are permanently poor, income inequality would be a very serious issue. But it isn't so.

Divide the U.S. population into five groups (or quintiles). The lowest quintile would be the 20% of the population with the lowest incomes. In 2019, the average income of people in this lowest quintile was $15,300 a year, and almost all of these people were below the poverty threshold. Persons in the second quintile, whose earnings put them between 20% and 40%, earned an average of $40,700 a year.

Over time, are people in the lowest quintile stuck there? Is poverty a generational trap? The data say no. While the rate of income mobility has declined, it is still substantial. Even over a period of time as short as three years, 31% of the people who were originally in the lowest quintile moved to a higher quintile.

In fact, about 2% of people who were originally in the lowest quintile and probably below the poverty threshold moved to the fifth or highest quintile (average income of $254,400 a year) in three years! Over a decade, 58% of people originally in poverty escaped to higher quintiles. This is consistent with another expectation concerning income.

A second myth is that poverty is primarily a matter of racism. This used to be true. In 1940, an estimated 87% of black families lived in poverty, below the poverty threshold.

But is this still true? In America, the poverty threshold varies by family size and composition. For example, in 2019, a single person under age 65 who earned less than $13,300 a year was considered poor, while a family of four with two children under 18 years of age was considered poor if they made less than $25,900 a year.

The same data show that most poor are not black. There were 8.1 million black people below the poverty threshold, but this was less than one-quarter of all of the poor in America. And since almost two-thirds of the poor are white, it is challenging to argue that poverty is simply a result of racism.

A third myth is that the poor are poor because of large economic forces beyond their control. According to this myth, there are no personal choices that the average person can make that will allow them to avoid poverty.

President Bill Clinton asked William Galston to study this question of choice and poverty. Since then, there has been much research on this issue by both liberal and conservative economists. To summarize the results, the center-left Brookings Institution concluded that three choices were critical in avoiding poverty. First, graduate from high school regardless of the quality of the school. Second, upon graduation, work full-time, even if it is initially at a minimum wage job. Third, don’t get pregnant until married, and don’t get married until 21 years of age.

If a young person follows these three rules, they only have about a 2% chance (1 chance out of 50) of being poor as adults. In fact, young people who adhere to these rules will have a 75% chance of making $55,000 a year or more as an adult. If a young person violates all three rules, the odds are reversed. They will have a 76% of being poor as an adult.

Reducing poverty will be very challenging for the new administration in Washington. But if policy initiatives are based on myths, then the chances of success are small. Policy initiatives should recognize three realities of poverty in America. Poverty is not a permanent condition; over a period of time as short as 10 years, a majority escape from poverty. Racism certainly contributes to poverty in America, but it is not the whole explanation. Finally, whether you are poor as an adult is often a matter of choices made when you were a teenager.

Frank R. Gunter is a professor of economics at Lehigh University.