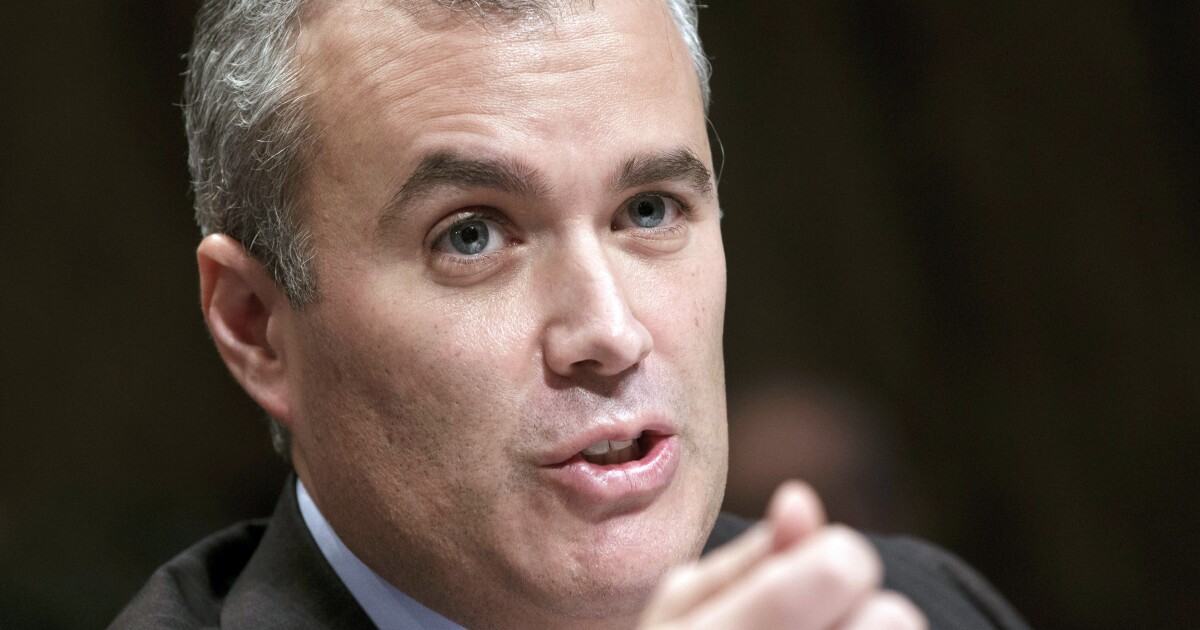 The left wing of the Democratic Party, along with liberal activist groups, is fighting to prevent President-elect Joe Biden from appointing senior administration officials who they perceive as beholden to corporate interests. This primarily includes blocking those with ties to Wall Street and the fossil fuel industry.

Nevertheless, a few high-level appointees with strong corporate ties have made it into the future Biden administration.

The former vice president’s new coronavirus coordinator, Jeffrey Zients, was the CEO of a large investment firm for years and was on the board of Facebook until earlier this year.

Deese was most recently the head of global sustainable investing at BlackRock, the world’s largest asset manager and a top fossil fuel investor.

Biden had long been expected to pick Deese, but he chose not to unveil him in a public display with the rest of his economic personnel earlier this week, in part because of expected backlash from liberals critical of his corporate experience in the past few years.

Before BlackRock, Deese worked in the White House under President Barack Obama as a senior adviser for climate and energy policy, playing a major role in shaping the Paris climate agreement and helping impose strict fuel-efficiency standards on automakers. At the same time, he led the government bailout of the U.S. auto industry after the 2008 financial crisis. Earlier during the Obama administration, he was the deputy director of the National Economic Council and the deputy director of the Office of Management and Budget.

Deese, 42, is a graduate of Middlebury College and Yale Law School.

Adeyemo is a former senior adviser at BlackRock and was the interim chief of staff to its CEO, Larry Fink.

Most recently, he was the president of the Obama Foundation, a Chicago-based nonprofit organization started by Obama in 2014.

He was a former senior international economic adviser during the Obama administration, holding several senior management positions at the Treasury Department. He also helped launch the Consumer Financial Protection Bureau in 2011 as its first chief of staff.

Adeyemo, 39, was born in Kenya and is a graduate of the University of California, Berkeley and Yale Law School.

Most recently, Blinken was the head of WestExec Advisors, a political strategy firm he co-founded. According to the American Prospect, the firm worked with big corporations that were “Fortune 100 types, including large U.S. tech; financial services, including global-asset managers; aerospace and defense; emerging U.S. tech; and nonprofits.”

Blinken is also a partner of private equity firm Pine Island Capital Partners. Pine Island's chairman is John Thain, the former chairman of Merrill Lynch. Blinken recused himself from the firm earlier in the year to advise Biden.

Before entering the private sector, he held senior foreign policy positions in two administrations — including being the deputy secretary of state in the Obama administration, the nation’s No. 2 diplomat.

During the first Obama term, he was also the national security adviser to Vice President Joe Biden.

Blinken served as the Democratic staff director for the U.S. Senate Foreign Relations Committee for six years and was a member of President Bill Clinton’s National Security Council staff for seven years.

Blinken, 58, received his high school degree in Paris and is a graduate of Harvard College and Columbia Law School.

Zients has a long corporate and political history in Washington. He was most recently the chief executive officer of Cranemere, an investment firm.

He joined the board of Facebook in 2018 after the Cambridge Analytica scandal and, according to the Wall Street Journal, left the board in March over differences with company leadership over some of its policies.

He made a large fortune as the chairman of the Corporate Executive Board and then the Advisory Board Co., both big consulting firms. Furthermore, he founded Portfolio Logic, an investment firm focused on healthcare and business services.

The Wall Street Journal reported his net worth was conservatively estimated to be around $200 million in 2012, and in 2002, Fortune magazine named him one of America's 40 richest people under 40.

Zients, 54, received a degree in political science from Duke University.

Gensler worked at investment bank Goldman Sachs for almost two decades in the 1980s and 1990s, eventually becoming a partner.

He is currently an economics professor at the Massachusetts Institute of Technology's Sloan School of Management. He conducts research and teaches on blockchain technology, digital currencies, financial technology, and public policy.

Gensler, 63, earned both his undergraduate degree and his MBA from the Wharton School at the University of Pennsylvania.

Wisconsin community hosting Afghan evacuee camp gets a mountain of trash, stuck with the bill