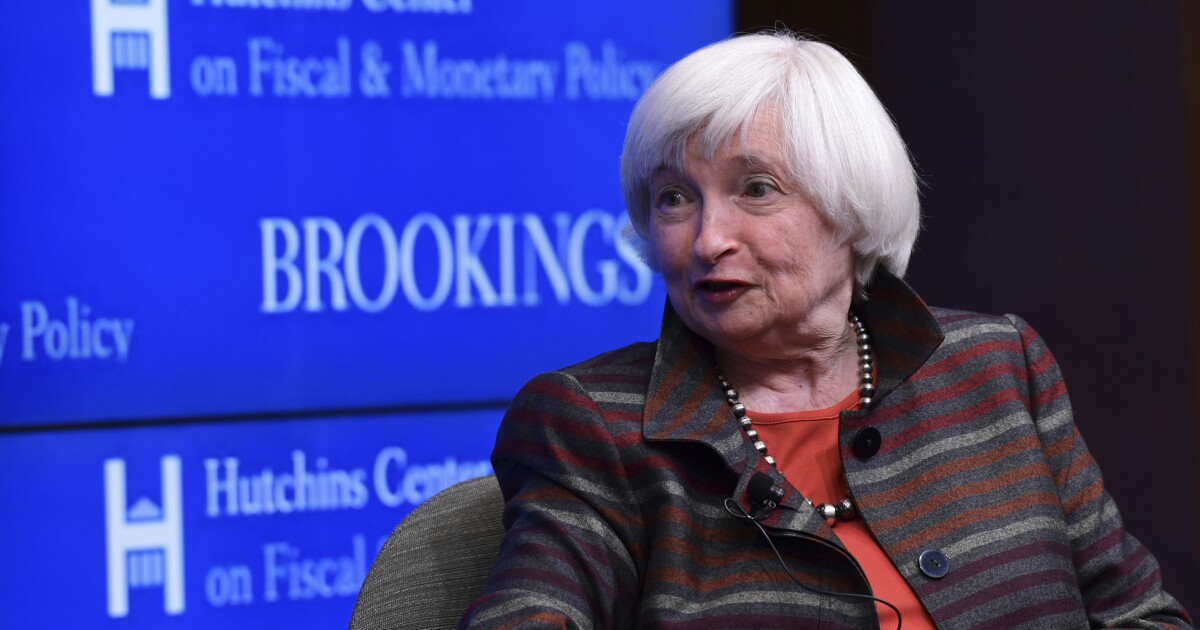 If confirmed by the Senate, Janet Yellen is set to become the first person to have chaired the Council of Economic Advisers, chaired the Federal Reserve, and last but not least, serve as Treasury Secretary — let alone the first woman to do the two latter jobs. And with the news of Joe Biden's Treasury selection, markets breathed a massive sigh of relief, with the Dow peaking to session highs.

With good reason. Despite her more quiet campaign than, say, Stacey Abrams, Elizabeth Warren had been heavily lobbying for the job, and just as the news of Biden tapping Tony Blinken for Secretary of State spurred satisfaction from the center, the choice of Yellen signals that the Biden administration will not being pursuing policy as though money grows unfettered on trees.

Between President Barack Obama and President Trump blowing trillions on deficit spending, deficit hawks are neither as common nor ideologically strong a breed as they were during the deficit neutral days of Bill Clinton or even the Tea Party of a decade ago. To call Yellen a budget hawk is an entirely relative term, just as calling her a dove may have been true when she served under Obama, but no longer is quite so precise. Negative interests rein supreme in Europe, and stateside, Yellen's successor Jerome Powell plunged them to effectively zero. So it's exceptionally hopeful that Yellen has rang the alarm about interest rates remaining too low for too long, especially while the lockdowns obscure the strong fundamentals of the economy and thus public pressure to keep money free will be on whomever replaces Steve Mnuchin. Compared to Paul Volcker, Yellen is a dove as lily-white as they come, but compared to her contemporaries, it's clear that she stand mostly opposite the growing chorus of adherents to Modern Monetary Theory.

On the issue of our national debt, which has climbed to World War II-levels as a percentage of our GDP, Yellen will encourage Biden to put the breaks on potentially trillion dollar spending packages with a negative return on investment. Although Yellen will certainly disappoint conservatives as to where she'd allow more deficit spending (she's previously cited climate change and education as investments worthy enough to fund) you're not likely to see her sign off on a Wall Street bailout. Yellen has rightly been warning of the growing corporate debt bubble, where leveraged loans look nearly as risky as subprime mortgages did 15 years ago.

Biden was never going to pick anyone who could reasonably be called fiscally conservative. Considering that Elizabeth Warren was on the table, Yellen, who has called our debt “unsustainable” and our monetary policy unfixed in the long run, is about as good as the Right and the markets could have hoped for.