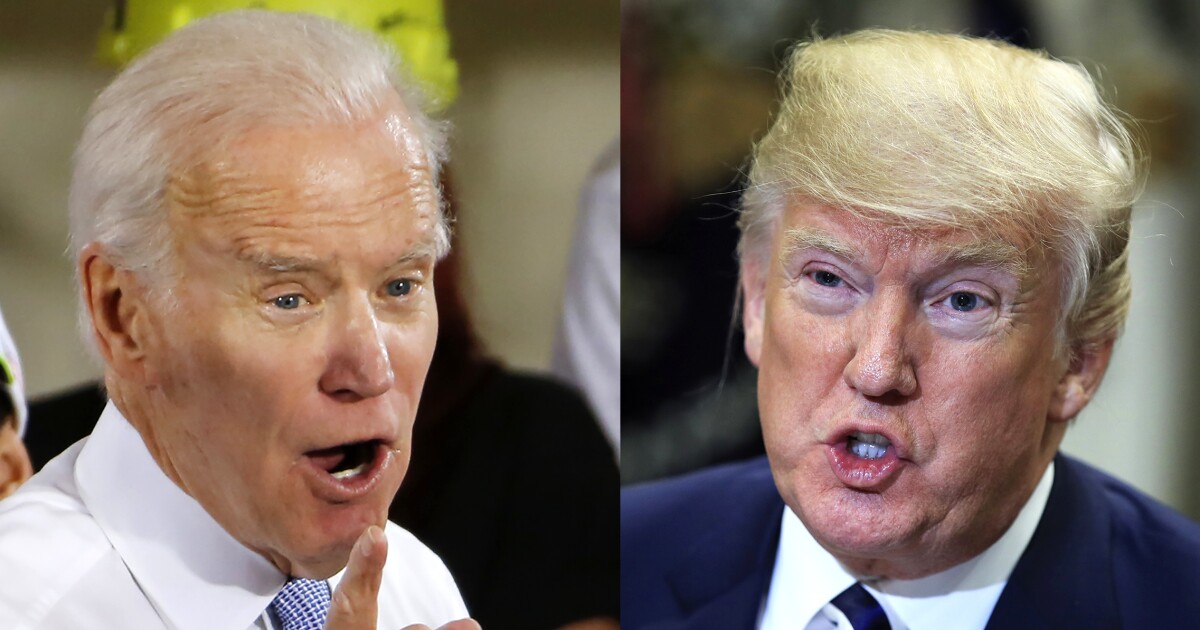 With the final of just two presidential debates fast approaching, President Trump and former Vice President Joe Biden are running out of opportunities to explain their vision for 2021 and beyond. While the COVID-19 crisis and other issues will be a focus, Trump and Biden should also present their long-term plans — specifically, how to manage our nation’s risky fiscal outlook.

The national debt will hit a new record during the next presidential term. Meanwhile, four of the country’s major trust funds, including Social Security, are projected to be insolvent in the next 11 years. While addressing the pandemic remains the top priority and that will require more borrowing, whoever takes office in 2021 will need a plan to address these serious fiscal challenges once the economy is strong enough.

Unfortunately, as of right now, neither candidate has a plan to bring the trust funds into balance or get the debt onto a sustainable trajectory. In fact, when we scored the Trump and Biden campaign agendas, we found that both would add approximately $5 trillion to the debt over a 10-year period. Hopefully, the final debate can serve as a platform to have the candidates finally answer these two important questions.

First, the national debt just exceeded the size of the economy for the first time since World War II and will reach record levels during the next presidential term. Without intervention, the debt could reach a staggering 195% of GDP by 2050. Once we are out of this recession, what specific actions would Trump and Biden take to bring the debt back down to manageable levels?

Even though our debt has been headed toward unprecedented territory for some time, the policy agendas from both the Biden and Trump campaigns in their current forms would make an unsustainable situation even worse.

Although the Biden campaign has responsibly proposed $5.8 trillion of tax increases and other savings, his campaign plan includes a staggering $11.1 trillion of spending increases and tax cuts. This would push the national debt to 127% of GDP by 2030, well over the current projection of 109%. Biden’s commitment not to raise taxes on those making below $400,000 annually means that it will be nearly impossible to find enough money to fill in the gap.

Trump has the same problems, different design. The campaign hasn’t released a formal policy agenda but has published a broad 54-point agenda that includes a more modest amount of spending increases and tax cuts ($5.45 trillion) but far fewer offsets ($750 billion). The Trump campaign agenda would raise the debt-to-GDP ratio to 125% by 2030. And given that Trump cut taxes and grew spending in every major area of the budget when the economy was strong, he has demonstrated that fiscal responsibility is not high on his priority list.

Given what’s at stake, the lack of a clear plan isn’t acceptable. Even before the crisis, debt was headed to levels that could lead to lower incomes and slower economic growth. It’s well past time for lawmakers and the next administration to take the debt seriously and stop passing off the bills to the next generation.

Second question: As Social Security’s own trustees warn every year, the program does not have sufficient funds to pay promised benefits. The Congressional Budget Office projects Social Security’s trust fund will run out in just 11 years, at which point the law calls for an immediate across-the-board cut of roughly 25% for all recipients. What do Trump and Biden think we should do to restore solvency to the program? We don't want to know what they would not do or choices they would avoid; we want them to tell us what actions they would take to fix it.

Before the pandemic, the Social Security trust fund was projected to exhaust its reserves by 2035. Because of the economic downturn, that date has moved up to 2031. That means someone retiring this year at 62-years-old could see their benefits cut by about 25% when they turn 73.

As with the debt, the grim outlook for Social Security has not yet prompted either candidate to offer a solution that would fully address Social Security’s long-term finances.

Currently, payroll taxes for Social Security are capped at $137,700 in annual income. Biden’s tax plan calls for applying the tax to incomes above $400,000. This additional revenue could be used to close about 60% of the program’s financial gap. But instead, the Biden campaign has proposed using about half of this revenue to expand Social Security benefits, leaving the core problem of insolvency unaddressed.

On both the debt and Social Security, there are plenty of reform options the candidates could propose. They involve difficult trade-offs, but they’re choices we must make to avoid leaving future generations with an untenable fiscal mess. Whatever combination of new revenue and reduced costs the candidates are willing to support, they should offer up a plan for fiscal responsibility sooner rather than later. The longer we wait, the more painful and drastic of a fiscal correction will be required.

Maya MacGuineas (@MayaMacGuineas) is the president of the Committee for a Responsible Federal Budget.