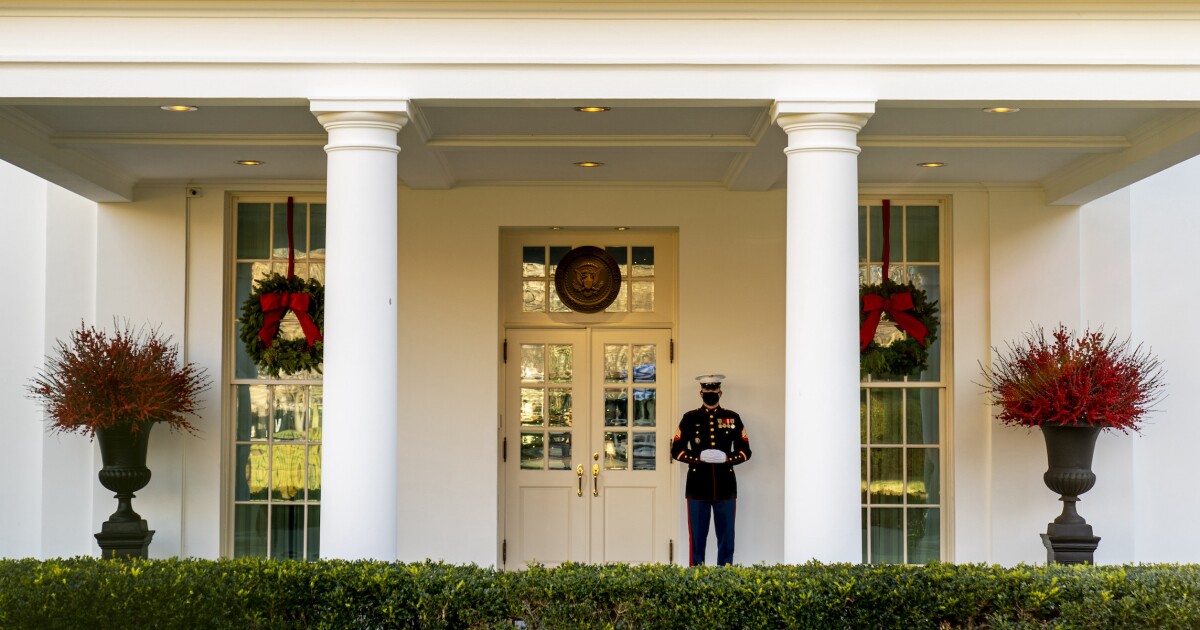 President Trump vetoed a critical defense spending and policy bill Wednesday, fulfilling a pledge made weeks ago to block the measure and setting up a post-Christmas battle with Congress now complicated by his opposition to a massive spending and coronavirus aid package.

Trump wants the $740.5 billion National Defense Authorization Act to include language that would remove Section 230 of the Communications Decency Act, which provides a lawsuit shield protecting social media giants, including Twitter and Facebook, who the president and conservatives accuse of unfair censorship.

“The act fails to make any meaningful changes to Section 230 of the Communications Decency Act, despite bipartisan calls for repealing the provision,” Trump said in his veto message to the House.

Republican lawmakers largely agree with the president that the lawsuit shield should be reformed or eliminated, but not in the critical defense bill, which sets policy and spending levels for the following year.

The House, anticipating Trump’s NDAA veto, planned to convene on Dec. 28 to hold a vote to override the veto, followed by the Senate, which would return on Dec. 29 if the House override vote prevails.

Congress may also face a second veto by the president, who has grown increasingly angry with lawmakers and, in particular, GOP leaders who do not side with his effort to contest the results of the presidential election.

Trump announced Tuesday night that he would not support a $2.4 trillion coronavirus aid and government spending package unless it is stripped of “wasteful” items and bolsters stimulus checks from $600 to $2,000 per individual. Trump called the measure “a disgrace.”

A temporary government funding measure runs out on Monday at midnight, and both chambers must either pass another temporary spending bill that the president is willing to sign or override a veto of the current bill.

Two-thirds support of lawmakers voting in each chamber is required to override a presidential veto.

Trump has vetoed six bills during his presidency but could face his first veto override next week.

The NDAA passed both chambers with veto-proof majorities, although some Republicans, including House Minority Leader Kevin McCarthy and 40 members of the House Freedom Caucus, plan to vote against overriding the veto.

Republicans have tried to convince Trump to back off his veto threat, particularly in the wake of the massive Russian hack into critical government operations. The NDAA includes money to address cybersecurity and revives the role of a cyber “czar” to oversee the effort.

“I hope the president will not veto this bill,” McConnell said, “which redoubles our commitment to modernization, advances cutting-edge capabilities and equips our military with the tools and resources they need to compete with our great power adversaries on land, on sea, in the air, and in cyberspace.”

Trump objects to several provisions in the NDAA, among them a requirement to change the names of military bases named after Confederate officers and language limiting his ability to draw down troops from Germany.

In his veto message, he attacked the Section 230 provision as a threat to national security and election integrity “because it facilitates the spread of foreign disinformation online.”

It’s not clear what Congress will do about the spending bill and coronavirus aid package. House Democrats plan to try to pass a bill by voice vote on Christmas Eve that would provide the $2,000 stimulus checks requested by Trump. A single lawmaker can block the measure or require a full vote from all House lawmakers, who left town on Monday night.

In addition to attacking the legislation, Trump issued a tweet predicting a primary fight for Senate Majority Whip John Thune, a South Dakota Republican who said any challenge to the certification of Joe Biden's victory in Congress “isn't going anywhere.”

Earlier in the week, Trump aides circulated a memo suggesting the president's robocall in support of McConnell helped the top Republican win reelection in Kentucky. Trump accused McConnell of abandoning his bid to contest Biden's victory.

5% of Marines unvaccinated against COVID-19 as deadline hits