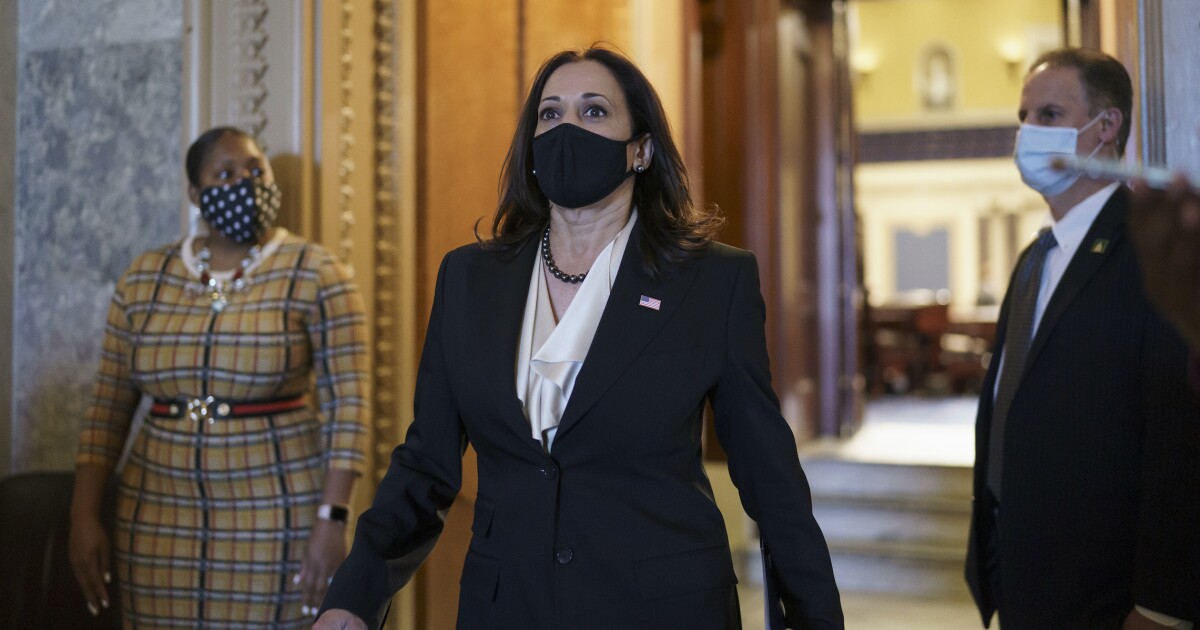 Harris, a Democratic senator from California, has rarely shown up in the Senate since becoming President-elect Joe Biden’s running mate.

Shelton’s path to confirmation grew narrower after three Republicans announced their opposition and Sen. Chuck Grassley, a Republican from Iowa, said he would remain in quarantine as he awaits coronavirus test results.

Senate Majority Leader Mitch McConnell voted against the nomination for procedural reasons, so he could potentially bring it up again.

Shelton drew scrutiny and criticism for questioning the need for a central bank and a call to revert back to the gold standard. She has also flip-flopped on whether the nation needs lower interest rates, seeming to pivot to President Trump’s point of view.

If Republicans wish to confirm Shelton in a second vote, they must act before Nov. 30, when Democrat Mark Kelly is eligible to fill the Arizona Senate seat he won in a Nov. 3 special election, defeating Republican Martha McSally.

Harris spent just a few minutes on the Senate floor chatting with fellow Democrats after casting her vote.

When she takes her place as vice president, Harris will serve as president of the Senate and can cast tie-breaking votes.

Her tenure in the Capitol has been very brief.

Harris took office in 2017. She ran unsuccessfully for the Democratic presidential nomination before Biden chose her as his running mate.