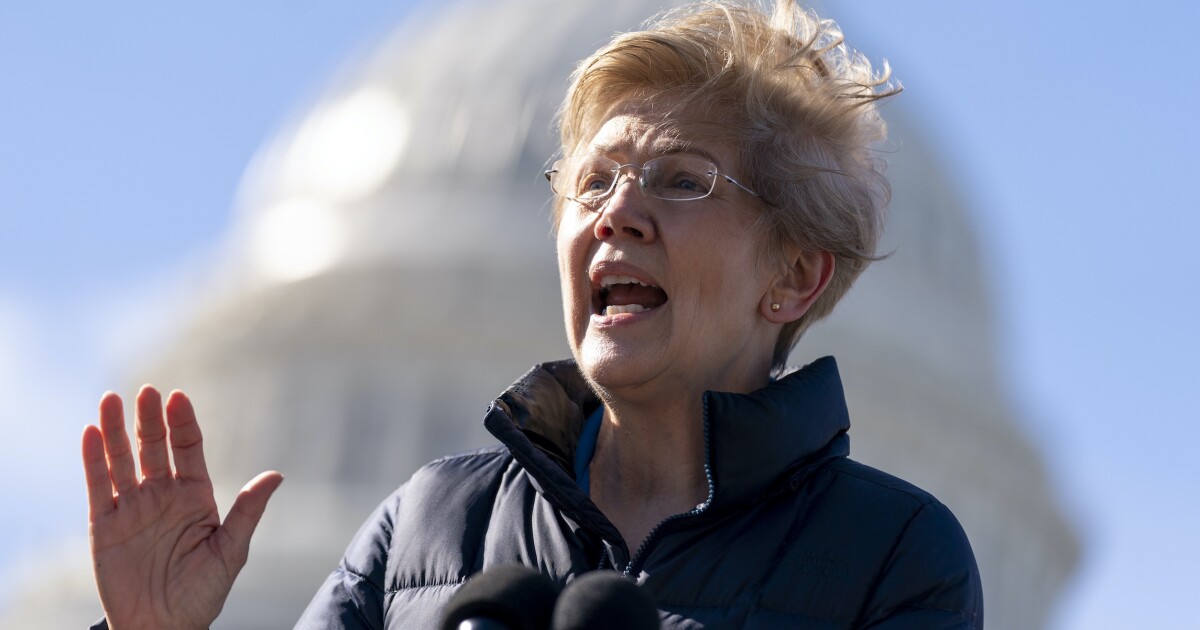 Elizabeth Warren is set up better than ever to push President Biden on student loan cancellation, pull her colleagues to take a stance on a wealth tax, and shape left-wing Democratic Party priorities on taxing and spending in the Senate.

The former Harvard Law School professor and expert in bankruptcy law was waging battles over fiscal policy and legislation (and butting heads with then-Sen. Joe Biden over a 2005 bankruptcy bill) long before she became an elected official. She helped craft the Consumer Financial Protection Bureau in the aftermath of the Great Recession.

Now, her posts on both the finance committee and the budget committee put her in one of the most visible and powerful positions of any of her colleagues for those issues. And she’s already working on being an “aggressive advocate” and a “progressive voice at the table,” as she said in a statement.

“I’ve got millions of tax priorities,” Warren told reporters on Thursday. “We’ll be talking about that very soon.”

On the short list of those priorities is introducing an ultramillionaire wealth tax of 2% per dollar of wealth over $50 million — one of her signature proposals from her 2020 Democratic presidential campaign.

And Biden once again finds himself on the opposite end of a Warren financial issue. In a press conference on Thursday, Warren, Schumer, and other congressional colleagues called on Biden to cancel up to $50,000 of federal student loan debt immediately by executive action. Biden would rather have Congress act legislatively, and he only supports canceling up to $10,000 of student loan debt per borrower.

“By canceling up to $50,000 in federal student loan debt for borrowers, President Biden can take the single most effective executive action available to provide a massive stimulus to our economy, help narrow the racial wealth gap, and lift this impossible burden off of tens of millions of families,” Warren said.

Warren and the White House have gotten on the same page in some messaging, though. Warren tweeted Friday that the “biggest mistake we could make with COVID relief is not going big enough,” very similar to White House press secretary Jen Psaki’s assertion: “The risk is not going too small, but going not big enough.”

Unusual stock market activity with a flood of retail investors creating a short squeeze on stocks such as GameStop and AMC have also elevated Warren. She was one of the first members of Congress to chime in on the matter, warning hedge funds and the Wall Street establishment: “It's long past time for the SEC and other financial regulators to wake up and do their jobs — and with a new administration and Democrats running Congress, I intend to make sure they do.”

In the 50-50 divided Senate, though, Warren needs complete buy-in from her own party or support from Republicans if she wants any chance of making her vision of reshaping tax policy a reality. With more centrist-minded caucus colleagues such as West Virginia Sen. Joe Manchin and Arizona Sen. Krysten Sinema, the question for Warren is: Who is on her side, and who can she convince?

“My real allies in this fight are people all across this nation who know basic fairness when they see it,” Warren told the press pool on Wednesday, keeping her political maneuvering vague.

The buy-in from Schumer on the pressure campaign on Biden to cancel student loan debt, and his placing her on the finance committee, demonstrates that she is far from an outsider or lone wolf on many of her priorities.

“People know what I'm fighting for, and they're helping me in this fight,” Warren said.