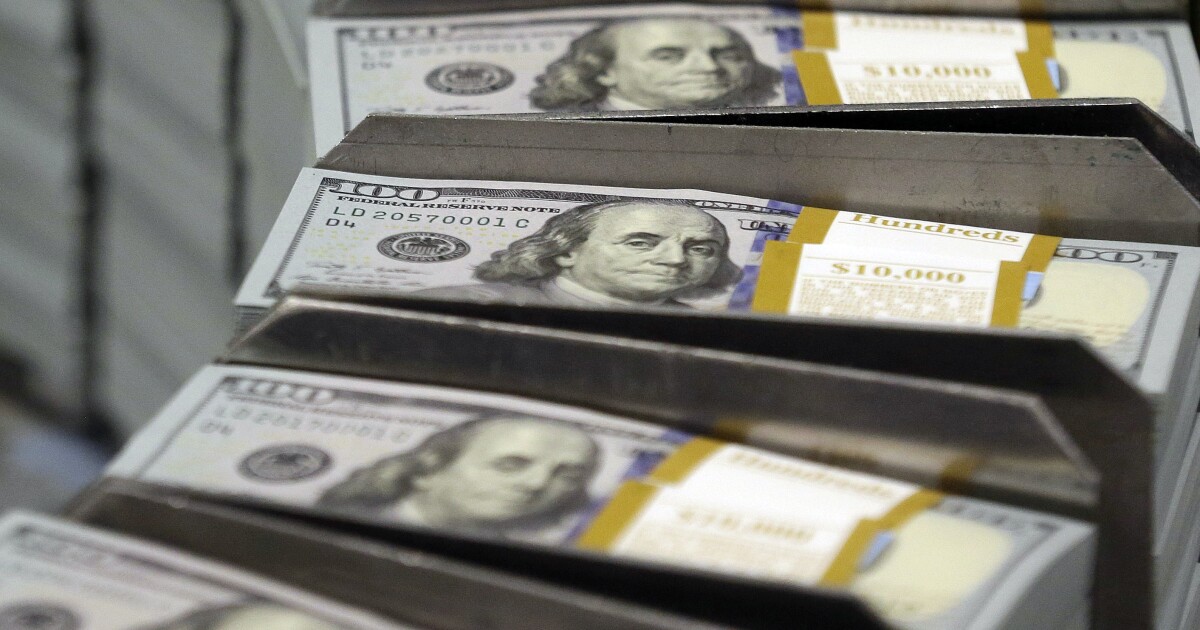 The news that year-over-year inflation hit 5% in May caused a tizzy. Journalists, economists, and financiers are starting to worry about out-of-control price increases. Over the past year, three things happened that predictably eroded the dollar’s purchasing power. First is a marked increase in the money supply. Second is lavish spending packages by Congress. Third is lingering pandemic-related production bottlenecks. The result is lots of purchasing power chasing few goods, the classic recipe for inflation.

Yet it’s far too soon to panic. Market expectations don’t suggest uncontrolled inflation in the near future. The TIPS spread, which measures how much investors predict prices will rise, is only 2.5%. That’s higher than the Federal Reserve’s historic 2% inflation target, but it's probably the right level to make up for previous periods of anemic demand.

Modest inflation can turn into crippling inflation, however. The most likely scenario for the United States isn’t about monetary policy or fiscal policy by themselves. Instead, it’s the conjunction of the two and the feedback effects between them. If we get continued money mischief and fiscal follies, things could get ugly.

As I, Peter Boettke, and Daniel Smith explain in our new book, Money and the Rule of Law, governments are always tempted by the “juggling trick” of deficits, debt accumulation, and currency debasement. Because the public likes receiving government goodies but dislikes paying for them, politicians shower benefits on their constituents without raising taxes. The result is perpetual deficits and rising national debt. Eventually, the debt level gets high enough that it drags on the economy. Servicing the debt becomes harder and harder. Fiscal authorities pressure monetary authorities to run the printing presses to lower the real (inflation-adjusted) debt burden. Prices go up, including interest rates, and the cycle repeats itself.

Thomas Sargent and Neil Wallace explore this process in their much-cited scholarly paper, “Some Unpleasant Monetarist Arithmetic.” They argue that monetary policy may not be able to fight inflation if fiscal policy is too loose for too long. The crucial feature of their model is the interest rate on government bonds relative to the growth rate of the economy. If economic growth is higher than the interest rate, fiscal conditions are sustainable. But if economic growth is lower than the interest rate, then government debt accumulates too fast for the tax base, which pays for that debt, to keep up. The only financing alternative is printing money. Result: lots of inflation.

Are we in danger of confronting some unpleasant monetarist arithmetic of our own? Not right now. Treasury yields are low and economic growth is high because we’re still rebounding from COVID-19. But there are worrying signs of fiscal unsustainability. Government spending as a share of gross domestic product shot up last year and probably won’t return to its pre-pandemic trend. Even if President Joe Biden’s $6 trillion budget was just for show, the final agreement will likely put us on a permanently higher growth path. Government debt held by the public now stands at around 130% of GDP, a magnitude not seen since World War II. Undoubtedly, the administration will squeeze the Fed for accommodative monetary policy, an indirect form of debt monetization.

There’s only one way to forestall a fiscal-monetary crackup for certain: We need to embrace the discipline of true policy rules. On the fiscal side, we need something similar to the Texas Public Policy Foundation’s Responsible American Budget, which limits government spending to no more than population growth plus inflation. On the monetary side, we need Congress to impose a target rule on the Fed, as my co-authors and I argue in our new book. While some rules are obviously better than others, what matters most is the presence of a true rule, which entails real consequences for central bankers if they break it.

Let’s be clear: We’re not on red alert yet. But we could quickly get there. The best time to reform is before the next crisis, when the inevitable political incentives will make responsible policymaking impossible. Let’s not waste the recovery and ensuing prosperity. The time is now to make a push for genuine fiscal and monetary rules.

Alexander William Salter is an associate professor of economics in the Rawls College of Business at Texas Tech University. He is the author, along with Peter Boettke and Daniel Smith, of Money and the Rule of Law, published by Cambridge University Press.