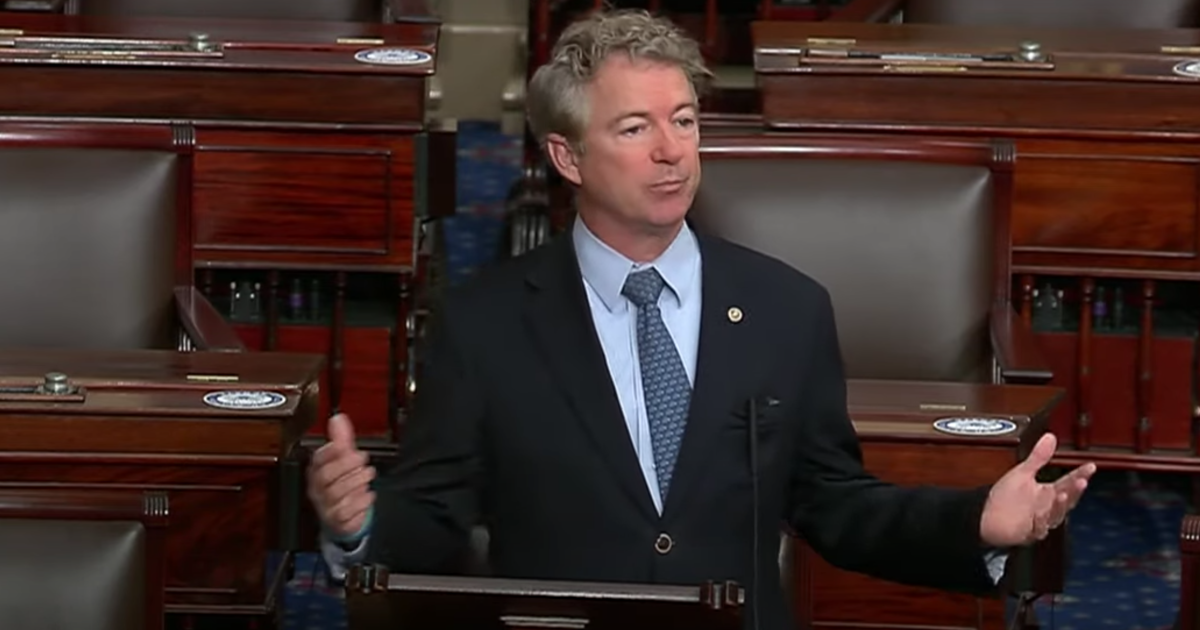 Sen. Rand Paul railed against the stimulus package and the lawmakers who planned to vote for it in a speech that has gone viral.

“To so-called conservatives who are quick to identify the socialism of Democrats: If you vote for this spending monstrosity, you are no better,” Paul said Monday on the Senate floor.

Paul’s comments came ahead of lawmakers voting on the 5,600-page stimulus and government funding package. It ultimately passed both chambers and was sent to President Trump.

“We can’t keep pretending that more debt is a sustainable policy course. Leadership is not passing on the problem to someone who can’t protest. Leadership is making the hard choices now. This is what we have to do. I will oppose this new debt, and I will continue to sound the alarm until we change our course. Our country can be saved. We can survive this if we pull together, but adding more debt is a mistake. It is not the solution,” Paul said.

He also addressed the lockdowns of restaurants during the speech, characterizing the rules surrounding the food industry as arbitrary.

Earlier on Monday, Paul was among the chorus of lawmakers who decried that the massive bill was given to them only hours before the vote, not allowing enough time to be read thoroughly.

Deficit busting bill will be 5,593 pages!

(if no rest breaks)