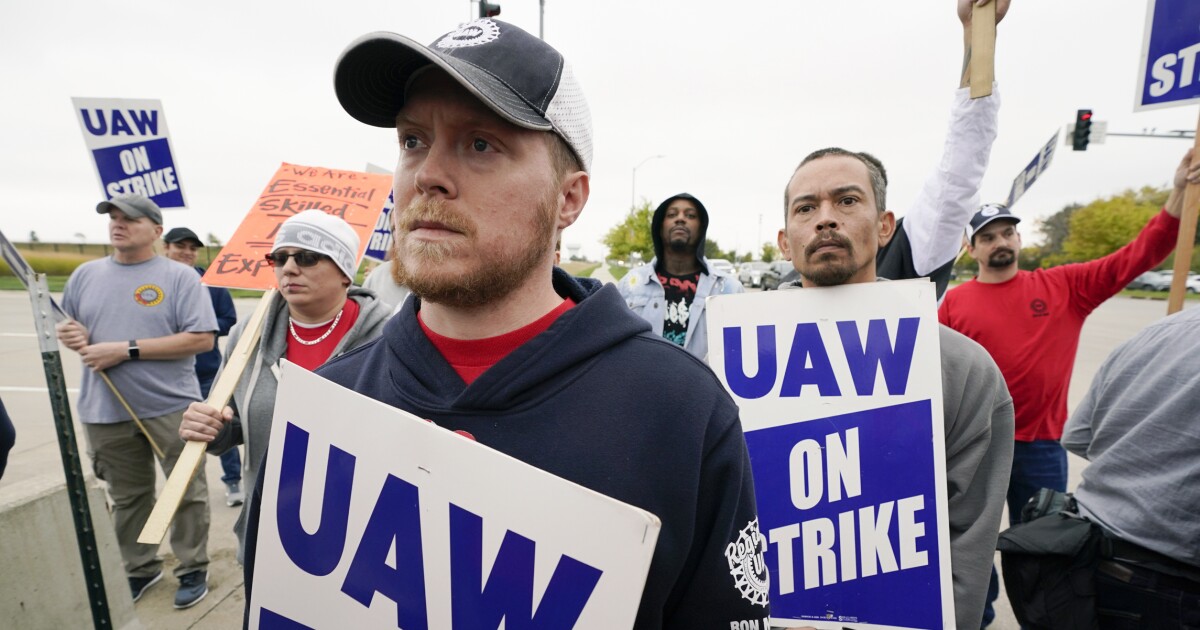 If you think the supply chain problems, empty shelves in stores, and higher inflation are problems now, wait a few weeks. They are likely to get worse. And this isn’t a result of hurricanes, the pandemic, or other acts of nature. It’s all due to political incompetence that starts in the Oval Office.

Here’s one prominent reason the supply shortage of goods from fruits and vegetables to gasoline to toys for Christmas will go from a headache to a crisis.

We are now witnessing the end of four decades of labor peace in America. Two prominent companies, Kellogg’s and John Deere, face strikes with thousands of workers walking off the job. The United Auto Workers strike against John Deere is the first labor unrest at the large Illinois plant since the early 1980s. Kellogg’s has never had a prior work stoppage.

We already have 11 million unfilled jobs thanks to super-generous welfare benefits. The shortage of dockworkers, truckers, and factory workers is inciting higher inflation due to shortages. Now, if thousands of more workers in critical industries go on strike, havoc could prevail.

The worker shortages only give more leverage to the unions to walk off the job for higher pay and benefits. The John Deere workers balked at a proposed 5% raise — and not without cause. With inflation running closer to 6%, a 5% raise could mean a loss in real income to the rank-and-file workers.

Here’s the vicious cycle we could be looking at in due time. Inflation means higher prices at the stores, which means workers want higher pay, which means companies have higher costs, which means the firms have to raise their prices further. And the process repeats. Five percent inflation could snowball into 8-10% inflation by the end of the year. Yikes.

History proves that mismanagement of the money supply and a dollar that loses value causes convulsions in the labor market. E.J. Antoni, an economist at the Texas Public Policy Foundation, recently ran the numbers. Annual inflation spiked to 7.9% for 1951, and a record 470 strikes occurred the following year. In the late 1960s, inflation rose to 5.4%, and the number of strikes rose above 400 in a single year.

But as price volatility moderated starting in the Reagan years, so did strikes. A stable dollar that was “as good as gold” retained its value and allowed labor and management to reach mutually agreeable contracts on wage increases.

Suddenly, it feels as though we are in a Back to the Future sequel with Michael J. Fox. Rising prices and a slowdown in the economy — the worst of all worlds.

I predict that there will be many more strikes in the months ahead. Unions will flex their muscles — in part because they have Joe Biden in the White House who genuflects in front of the union bosses who spent hundreds of millions of dollars on his campaign. Ronald Reagan famously fired illegally striking air traffic controllers in 1981. Does anyone believe Biden would ever have the backbone to do that?

Bottlenecks now squeeze a supply chain that was once the hallmark of American economic efficiency at every turn. It’s getting worse, and the unions and their rank-and-file workers paying higher bills aren’t happy. Nor should they be.

History shows that strikes are a form of mutually assured destruction. Both sides generally lose in the long term from work stoppages — and so does America.

The best way for Washington to ensure long-term worker gains, for union or nonunion workers, is to get inflation, which is a de facto wage tax, under control. It would help if Congress would cease and desist from spending and borrowing trillions of dollars we don’t have because this could ignite even faster inflation.