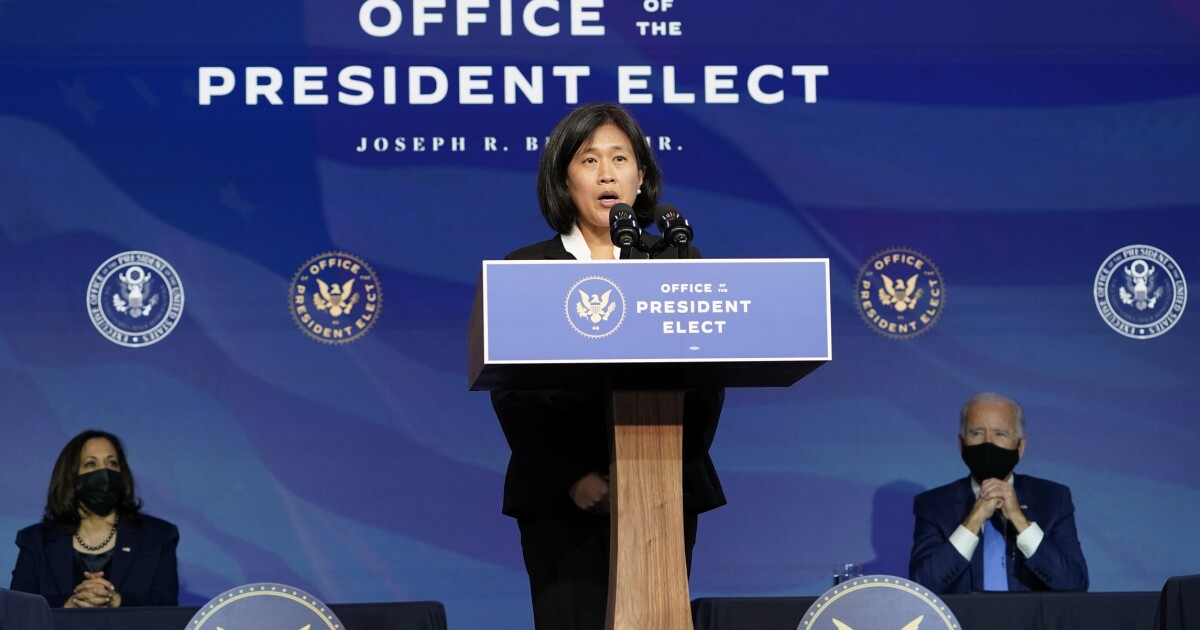 This past Wednesday, Katherine Tai, President-elect Joe Biden’s choice for U.S. trade representative, offered important insights on the incoming administration’s trade policy. She indicates that the Biden administration will have a “worker-centered trade policy” that recognizes the dual nature of economic life. She emphasized that people in a market economy are both consumers and producers and that we should not forget that the worker side of the equation has to be emphasized when tariffs are considered.

Tai makes a valid point. Yes, each employed worker is both a consumer and a producer. And, of course, in an economy characterized by economies of scale and division of labor, it’s hardly ever the case that any single worker would spend his or her monthly check on goods that the person produced. For example, as a university professor, I never purchased anything from my university other than a few items from the bookstore. And as much as I love to shop at Dollar Tree, it is surely the case that Dollar Tree never buys anything from me.

What about the number of people who are employed in jobs that hardly ever face direct international competition? What about barbers, hairdressers, teachers, nurses, surgeons, cooks and chefs, and restaurant operators, just to mention a few of the service employment categories? In December 2020, there were 100.8 million workers in the United States employed in the service economy — five times more than in the goods economy and nine times more than in manufacturing.

Does it make sense to implement tariffs or take other actions that raise the cost of living for more than 100 million people in order to provide balm for 20 million or less? Reasonable minds may disagree, but each should know the numbers first.

There’s yet one more employment sector we should review when considering who wins and who loses when our government chooses to place tariffs on consumer goods that enter our ports. The government sector employs 21.3 million workers, and that sector faces almost zero international competition.

So, in an effort to assist 20 million workers employed in producing goods, we may increase the cost of living of an equal number of government workers, along with 100 million others employed in the services sector.

It seems to me that the crude benefit-cost test implied here fails. As nice as using trade policy to assist people in the goods-producing economy sounds, we play a losing game by placing tariffs on imports.

But if that’s the case, why do presidents typically protect a small number of workers at the expense of penalizing a huge number of other workers? In a way, the answer comes from the same benefit-cost analysis we just considered.

The smaller the number of people seeking a government benefit, the lower the cost of organizing their appeal for protection, and the larger the average gain per worker. It pays to protest.

On the other side of the coin, the larger the number of unorganized services workers tasked with paying for the benefit, the less the pain each one feels. And the cost of organizing their protest is almost insurmountable. Indeed, if tariffs are imposed on consumer goods and production inputs (steel and aluminum), most of those in the now-higher-cost sectors will not even recognize that their economic hair has been clipped a wee bit. Their industries will become a little less competitive, their purchasing power less than it would otherwise be. Over time, businesses hit by higher costs on the margin fail.

Of course, elected presidents understandably dance “with them that brung them.” But our presidents are responsible to all the people, which means all people should somehow be considered when protection benefits are being considered.

Bruce Yandle is a contributor to the Washington Examiner's Beltway Confidential blog. He is a distinguished adjunct fellow with the Mercatus Center at George Mason University and dean emeritus of the Clemson University College of Business & Behavioral Science. He developed the “Bootleggers and Baptists” political model.