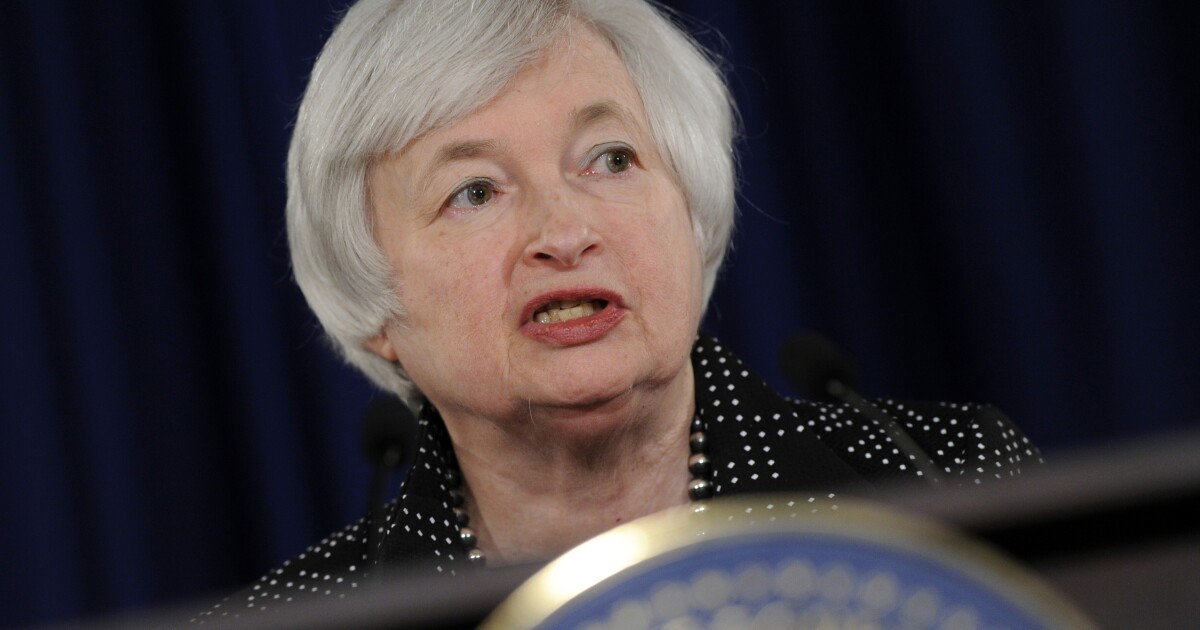 The Senate Finance Committee voted unanimously on Friday morning to move Janet Yellen's confirmation as treasury secretary out of committee, clearing the way for a vote in the full Senate.

“If confirmed, Dr. Yellen will be the first woman to serve as Treasury Secretary in the nation’s history, which is a welcome development,” Chairman Chuck Grassley said. “And, if confirmed, I look forward to begin working together with her for all Americans.”

Grassley noted that he and his Republican colleagues acted “expeditiously” to move forward with the former Federal Reserve chairwoman's confirmation “in the interest of bipartisanship” and to support the administration's coronavirus response, even though they oppose parts of her agenda.

President Biden has pushed for rapidly confirming Cabinet positions so that the administration can get to work on an ambitious first 100 days agenda and a new coronavirus relief package, which as treasury secretary, Yellen would play an important role in executing. The Senate on Wednesday confirmed Biden's first Cabinet-level nominee (Director of National Intelligence Avril Haines) with other confirmations coming down the pike.

Yellen, 74, acknowledged the treasury secretary's role of providing “fiscal discipline” and “fiscal sanity” but urged Congress in her committee hearing on Tuesday to “act big” when addressing the coronavirus pandemic, stating a number of times that “interest rates at historic lows” should obviate concerns of dramatically increasing federal debts — the federal deficit jumped more than 60% in the first fiscal quarter of 2021, even before the spending from Congress's $900 billion relief package passed in December went into effect.

“Our finances need to be on a sustainable course — that’s very important for us to focus on,” Yellen said in her confirmation hearing Tuesday. “I pledge to that. Right now, short-term, I feel that we can afford what it takes to get the economy back on its feet, to get us through the pandemic, to relieve the burden that it’s placing on households and small businesses.”

“Often, spending money to address a weak economy ends up creating a lower [debt] burden in the long run,” she added.

Unlike former Treasury Secretary Steven Mnuchin, a second committee hearing for Yellen is unlikely, according to Reuters. Mnuchin sat through two rounds of committee questioning in 2017 before his nomination was moved to the full Senate.

When Yellen's nomination leaves the finance committee, it will face a new Senate with a slim Democratic majority — after Biden's inauguration, Vice President Kamala Harris swore in Sens. Raphael Warnock, John Ossoff, and Alex Padilla, shifting the balance of power in the Senate to a split 50-50, with Harris acting as a tie-breaker.

While Yellen awaits confirmation in the Senate, the Biden administration has already appointed several people for senior Treasury posts that do not require Senate confirmation.

The Treasury named Didem Nisanci, an Obama-era Securities and Exchange Commission official, to be chief of staff; Jacob Leibenluft, a senior fellow at the Center for American Progress, as counselor to the treasury secretary; and Calvin Mitchell, another official from the Obama administration, as assistant secretary for public affairs.