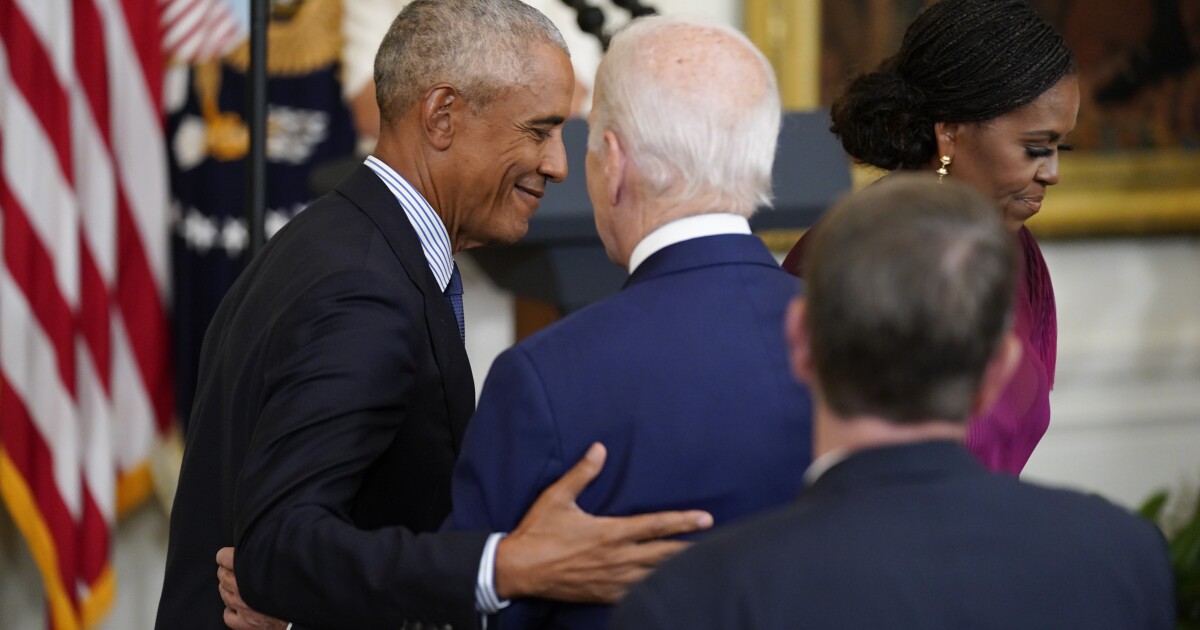 A manuscript written by former President Barack Obama when he was in college criticized the Democratic Party, arguing that liberals' “rudderless pragmatism” left them hamstrung in the culture war against Republicans.

The future president argued in the 250-page manuscript, which had the working title of “Transformative Politics” and was written with his friend Robert Fisher, that while liberals had good intentions, party members did not really seem to believe change could happen.

Obama argued that if Democrats used a different strategy by changing their focus from race-based initiatives to universal economic policies, the party could shift the political battleground in their favor, according to the New York Times.

“Precisely because America is a racist society, we cannot realistically expect white America to make special concessions towards blacks over the long haul,” Obama and Fisher wrote. “Those blacks who most fervently insist on the pervasiveness of white racism have adopted a strategy that depends on white guilt for its effectiveness.”

The two argued that white people in the United States would not suddenly decide to “provide blacks with wholesale reparations” as a means to atone for their past. Focusing on economics instead, they argued, would be a more effective strategy because blue-collar workers, regardless of their race, “understood in concrete ways the fact that America’s individualist mythology covers up a game that is fixed against them.”

“Transformative Politics” was written during Obama's final semester at Harvard University and was intended to be published as a book after Obama and Fisher left college. However, the two never got the piece ready for publication, and it was mostly lost to time until it was mentioned in a 2017 biography of the president written by David J. Garrow.