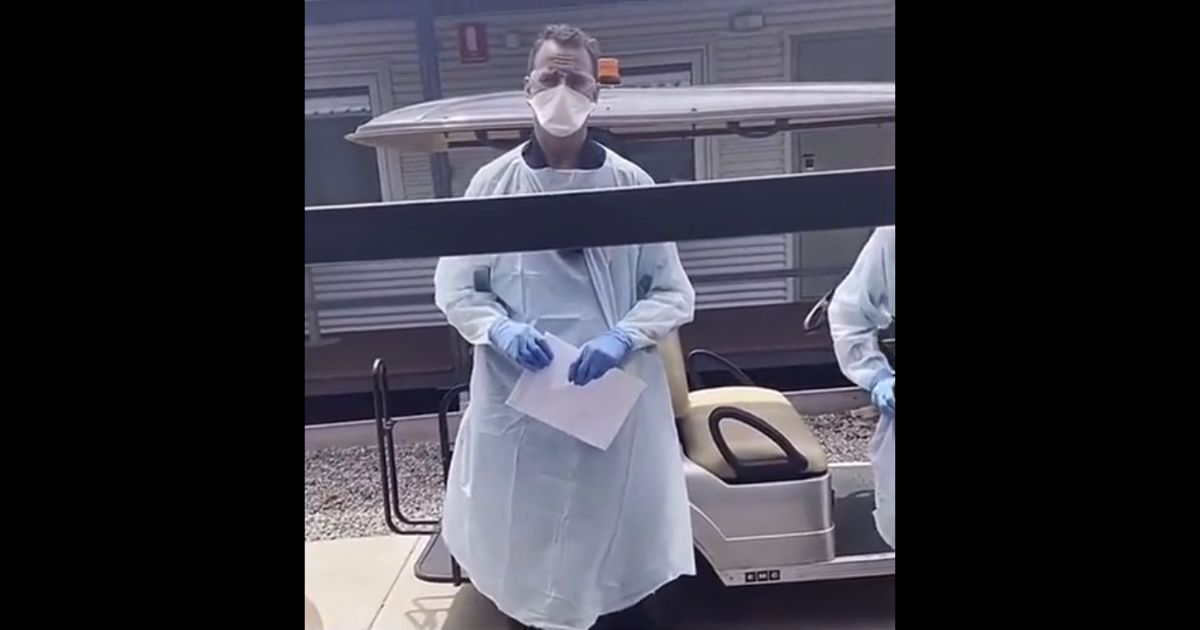 “Tyranny” is not really the first word that comes to mind when you think of Australia. But the current government of Australia seems to be on the road to an oppressive kind of tyranny as it enforces severe COVID restrictions on its population.

Australia is being rather extreme with its COVID-19 regulations, some of which reportedly include fencing people into quarantine camps. Earlier this week, the BBC reported that three people broke out of Howard Springs, a main quarantine facility in Australia’s Northern Territory.

The three escapees literally scaled a fence to get out of the facility, according to police, but then law enforcement took up a manhunt and arrested them. They had all tested negative for COVID the day before.

Following the shocking report, several locals and people with knowledge of the camps are speaking out about how restrictive and extreme the situation is.

Haley Hodgson is a 26-year-old, and her account of what it’s like inside one of the quarantine camps has received much attention on social media.

She first posted a video from inside the camp on Twitter, showing the workers who were telling her the rules of the facility and giving her a warning to not leave her balcony.

The facility workers captured on video said it didn’t matter how she felt about the policies within the camp — it was the law.

Should Australia lift its COVID restrictions?

“When it makes no sense, or doesn’t seem right to you, that is the line, and that’s what the law is, and that’s how it goes,” the quarantine camp officials said in the video posted to Twitter.

Hodgson talked to online magazine UnHerd to give an inside look at what it is like to be forced to go to one of the quarantine camps, even though she said she did not have the virus.

After one of Hodgson’s friends tested positive for COVID, the authorities apparently tracked her down as someone who had had contact with the person and showed up at her house. She said she had just gotten back from a camp similar to Howard Springs and did not want to go back.

Hodgson said they asked her if she had gotten a COVID test, and since she was so afraid to go back to a quarantine camp, she lied and said she had.

But they found she hadn’t been tested, so Hodgson said the officials informed her someone would be coming by to administer a COVID test. After no one showed up to test her, Hodgson said two police officers blocked her driveway and told her she had to be quarantined.

“They said, ‘No, you’re getting taken away. And you have no choice. You’re going to Howard Springs,'” Hodgson said.

Hodgson said she then told the officers, “I don’t consent to this. I don’t understand why I can’t just self-isolate at home, like a lot of other people are doing.” Upon hearing this, the officers allegedly told her, “We’ve just been told from higher up where to take you. And that’s all that there is.”

Hodgson said to the Australian authorities, it didn’t matter if she tested negative on her first, second or even third time — since she was in close contact with someone who had a confirmed case of COVID, she had to be quarantined for 14 days. Hodgson said she was negative the entire time she was quarantined.

She was put into isolation in a cabin at Howard Springs, which the BBC noted is an old mining camp that was repurposed for quarantine.

“They don’t want to come near you because they think you’re infectious. And they literally drop you to your room. And they leave you. They don’t come and say anything, they don’t check-up, they don’t do anything. You know, you get delivered your meals once a day. And you are just left,” Hodgson said.

She was allegedly threatened with a fine once for leaving her cabin without a mask, and at another point, Hodgson said they offered Valium to calm her down.

“You feel like you’re in prison. You feel like you’ve done something wrong, it’s inhumane what they’re doing. You are so small, they just overpower you. And you’re literally nothing. It’s like, ‘You do what we say, or you’re in trouble, we’ll lock you up for longer’. Yeah, they were even threatening me that if I was to do this again, ‘We will extend your time in here,'” Hodgson said.

Extreme measures like these, if they are indeed happening in Australia, are oppressive. Hodgson’s explanation of the camp makes the idea of people scaling fences to escape seem quite sensible in fact. This kind of oppression would make anyone go crazy.

But what’s even more concerning, is the precedent that the Australian government is setting by enforcing these rules even “when it makes no sense, or doesn’t seem right to you.” This is the kind of thinking and justification that tyrants adopt in order to control people.

Just look at all the great tyrannical regimes of history, like Russia, Germany and China, and you will see how they deftly used laws and orders to slowly take rights from their people.

As French philosopher Charles de Montesquieu once wrote, “No tyranny is more cruel than that which is practiced in the shadow of the law and with the trappings of justice.”