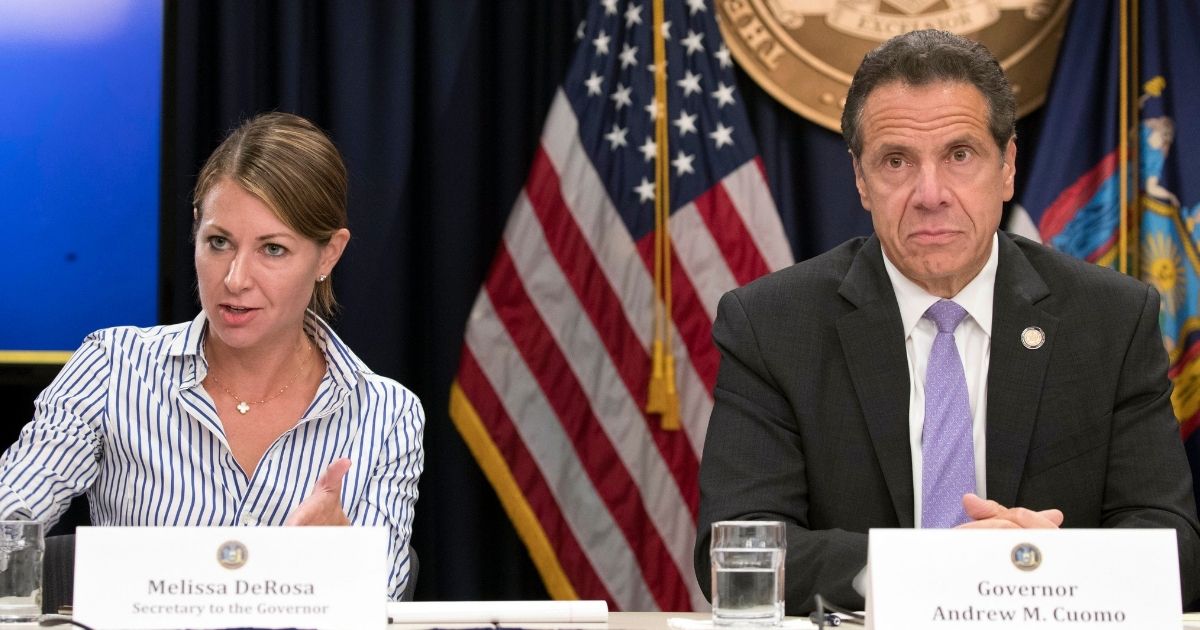 In desperation to learn what potential accusers might have had on former New York Gov. Andrew Cuomo, one of Cuomo’s accusers was secretly recorded in a phone call.

This accuser, who is identified in the documents as Kaitlin, came to the attention of Cuomo’s team when she tweeted in support of Lindsey Boylan, the first woman to go public with Cuomo’s behavior. Kaitlin, at that point, was working for a state agency but had worked in Cuomo’s office in the past.

To find out what Kaitlin knew and what she might do with that knowledge, Melissa DeRosa, Cuomo’s top aide, contacted  MTA communications director, Abbey Collins, to have Collins call Kaitlin on a pretext and interrogate her without Kaitlin being the wiser. Collins was picked because she and Kaitlin had worked together in the past.

What appears on the surface to be devious could also be illegal because Kaitlin was in Californa when she was called. California law requires two sides of a conversation to give consent for a recording to be legal.

“This secret recording is shocking, and we do believe it was illegal,” said Kaitlin’s lawyer, Zoe Salzman.

Collins followed the script, as instructed, saying the governor’s office was a tough place in which to work but had “never seen anything like sexual harassment.”

Kaitlin, in her testimony, said she “played dumb,” according to a comment from page 147 of her transcript.

Should the people involved in this dirty trick face charges?

“Eventually, she said that a state senator had liked the tweet, and it was put on their radar, and I believe that was Alessandra Biaggi who did that, and that’s how they — that connection was made. And she tried to say — I think she tried to get me to agree that the Governor’s office wasn’t that bad, and I was like … if that’s your recollection, then that’s what — that’s what you remember, but I didn’t give her anything. I didn’t try to get into the details with her,” Kaitlin said in her testimony, according to page 153 of her transcript.

Kaitlin said she did not give a full answer “Because she [the caller] was part of that inner I didn’t trust.”

On page 154 of her transcript, she is quoted as saying, “the thought of her recording that conversation has never crossed my mind until you just asked me about it, so I — I don’t think she told me that she recorded it. No, she wouldn’t have. No, she didn’t say that.”

“It just seemed to me that recording a conversation with a former colleague was not something I should have done,” Collins said, according to the Post.

DeRosa explained her logic to investigators.

CNN Fires Chris Cuomo, Network Defends Move: ‘We Had Cause to Terminate'

“I tried to figure out if someone could call her and find out what was going on. I thought that there was a politically calculated movement afoot that was being driven by Biaggi and Boylan, and that Kaitlin was part of it,” she said.

DeRosa told investigators that Alphonso David, Cuomo’s former legal counsel who at the time was executive director of the Human Rights Campaign, told her and Collins that recording Collins was OK.

“And I asked if she should record the call. And he said, ‘Yes. And assume she is recording it, too,’” DeRosa testified.