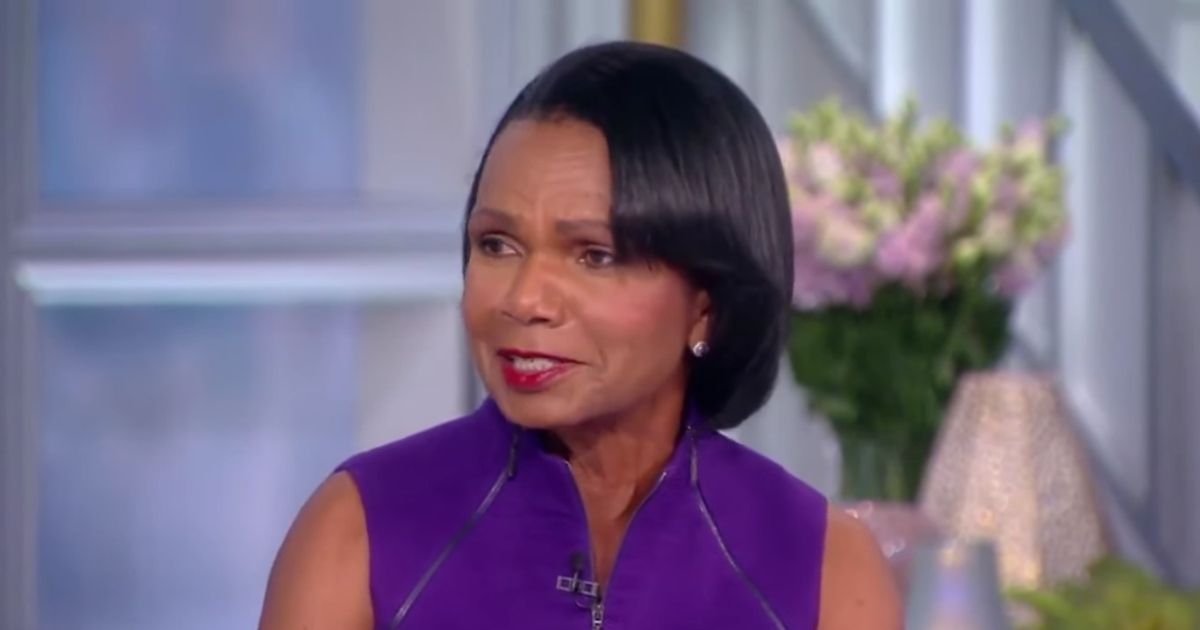 Former Secretary of State Condoleezza Rice told the co-hosts of “The View” Wednesday that Americans are more concerned about “kitchen table” issues rather than the Jan. 6 Capitol incursion.

“The View” co-host Whoopi Goldberg introduced the segment by showing a clip of Senate Minority Leader Mitch McConnell telling reporters on Capitol Hill Tuesday regarding the last election cycle, “Well, I do think we need to be talking about the future and not the past.

“I think the American people are focusing on this administration, what it’s doing to the country. And it’s my hope that the 2022 election will be a referendum on the performance of the current administration, not a rehash of suggestions about what may have happened in 2020.”

Goldberg argued that “some elected Republican officials are still pushing this election fraud.”

“This lie that led to the insurrection. Don’t they need to be held accountable?” she asked.

“Don’t we need to really sort of remind people what the laws of the United States are? Because if anyone else had done this, I don’t know that this would have gone on as long,” Goldberg said.

“First of all, let me be very clear, I said at the time, Jan. 6 was wrong. I called it an assault on law and order and an assault on our democratic processes. So full stop, it was wrong,” Rice said.

“Law enforcement will determine what happened there, and those who violated the law ought to be punished,” she added.

Do you agree with Rice?

Rice went on to argue that McConnell was saying the country needs to move on in many ways to focus on issues that are affecting a lot of Americans’ everyday lives, such as the price of gasoline, inflation and “what’s happening to kids in school.”

As a former national security adviser, Rice also felt the rise of China is something policymakers need to address.

“View” co-host Sunny Hostin responded to Rice, saying, “I think it’s really politically expedient for Mitch McConnell to say, ‘Let’s move on, let’s move on’ especially when the former, twice-impeached, disgraced president enjoys attacking Mitch McConnell. But the problem is that past will become prologue if we don’t find out exactly what happened Jan. 6.”

“We will find out,” Rice replied, prompting Hostin to shoot back, “We must find out before moving on.”

“We will find out,” Rice repeated, “but I’m going to tell you, I live in California, not Washington, D.C., and the American people do have other concerns that we ought to be thinking about and talking about.”

George W. Bush Just Revealed Who He Voted for in 2020

“Our institutions have to be upheld,” the former George W. Bush administration official continued.

“What happened on Jan. 6 was wrong,” Rice said. “I don’t know how much more strongly I can say what happened on Jan. 6 was wrong. I also know that as a government and as a country, we’ve got to be concerned about the things that are making life hard for Americans and hard for American families. And that’s what I’m ready to do.”

Rice responded that she “wants to see the next generation of leadership step up. I want those of us who have been there, done that to step back.”

She added, “I want to move on to a better America.”