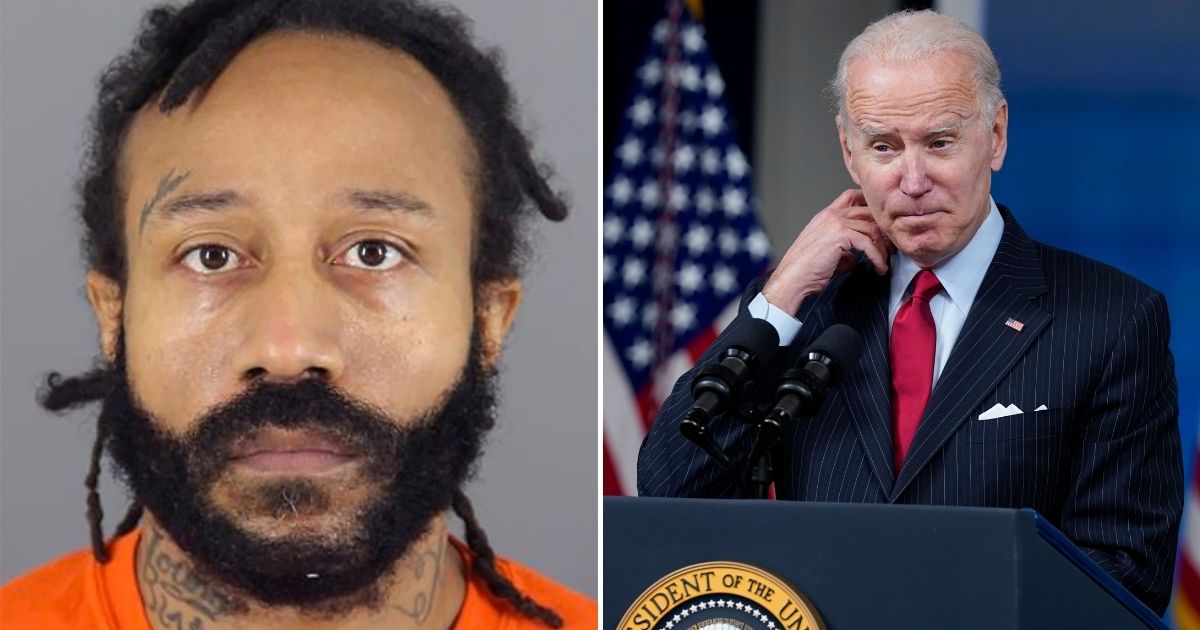 The Biden Administration stands by seeking to bring an end to cash bail, arguing that whether or not to keep defendants in custody should be something determined by the danger the defendant poses to the community and not by their ability to pay bail.

The White House is sticking by this policy goal at a time when the nation faces debates on bail policies — rising from the Waukesha, Wisconsin Christmas parade crash where 39-year-old Darrell Brooks Jr. allegedly rammed his vehicle through a group of innocent people who were taking part in the parade, Fox News reported.

With a vast criminal history going back to 1999, and including several felonies, Brooks, a convicted sex offender, made bail twice in Wisconsin in 2021, even though he was wanted in Nevada for jumping bail on a sex crime charge, according to the outlet.

Most recently, in early November, according to Fox, prosecutors in Milwaukee merely asked bail to be set for $1,000 for Brooks after he punched his girlfriend in the face and ran over her with his vehicle in a gas station’s parking lot.

On afterthought, the prosecutors consider the bail to have been “inappropriately low,” the outlet reported.

The low bail amount also drew criticism from several others.

“These extremely liberal prosecutors who want to talk about restorative justice, and what that means is, is that we are putting the public in danger by trying to give these people too many opportunities to re-offend,” retired police sergeant and National Police Association spokeswoman Betsy Brantner told Fox.

It is in this context that the Biden White House has signaled that it would stand by its desire to see the end of cash bail.

Do you support a cashless bail system?

According to Politifact’s Biden Promise Tracker, one promise President Joe Biden made when running for president was that he will “will lead a national effort to end cash bail and reform our pretrial system.”

Biden also promised to “establish a technical assistance program to help state and local jurisdictions transition to a fair, equitable and effective pretrial system that does not rely on cash bail.”

Biden’s proposal to end the cash bail system, however, was criticized by several crime experts, according to a 2020 Forbes report.

“Biden and Harris are saying we’re just going to ban it,” American Bail Coalition expert Jeffrey Clayton told Forbes. “If a judge finds that there is a serious risk of re-offense and flight in an arson case and imposes a $250,000 bail, that person will walk under the so-called ‘cashless bail system.’”

“A judge can require all the electronic monitors he wants, but that person will not remain in jail pending trial even if they are a flight risk, danger to the community and are likely to obstruct the criminal justice process. In fact, most states are only able to deny bail in very limited circumstances — generally capital murder cases — thus nearly every criminal defendant is getting out for free under Biden’s cashless bail system. Does anyone really think most Americans favor this?” Clayon added.

“Ending cash bail will not automatically put people charged with crimes on the streets,” an unnamed White House official told Fox after the Waukesha tragedy, affirming the White House’s support for the policy. “It just means that whether you get bail should be based on the threat you pose, and not how much money you have in your bank account.”

“There shouldn’t be a separate criminal justice system for wealthy Americans,” the official stated.

Andrew Jose is a journalist covering business and finance, foreign policy and the aviation industry, among other beats.

Andrew Jose is a journalist covering business and finance, foreign policy and the aviation industry, among other beats. Besides The Western Journal, he regularly contributes to the Daily Caller and Airways Magazine, and has bylines in Lone Conservative and International Policy Digest. Speak to Andrew securely via [email protected]