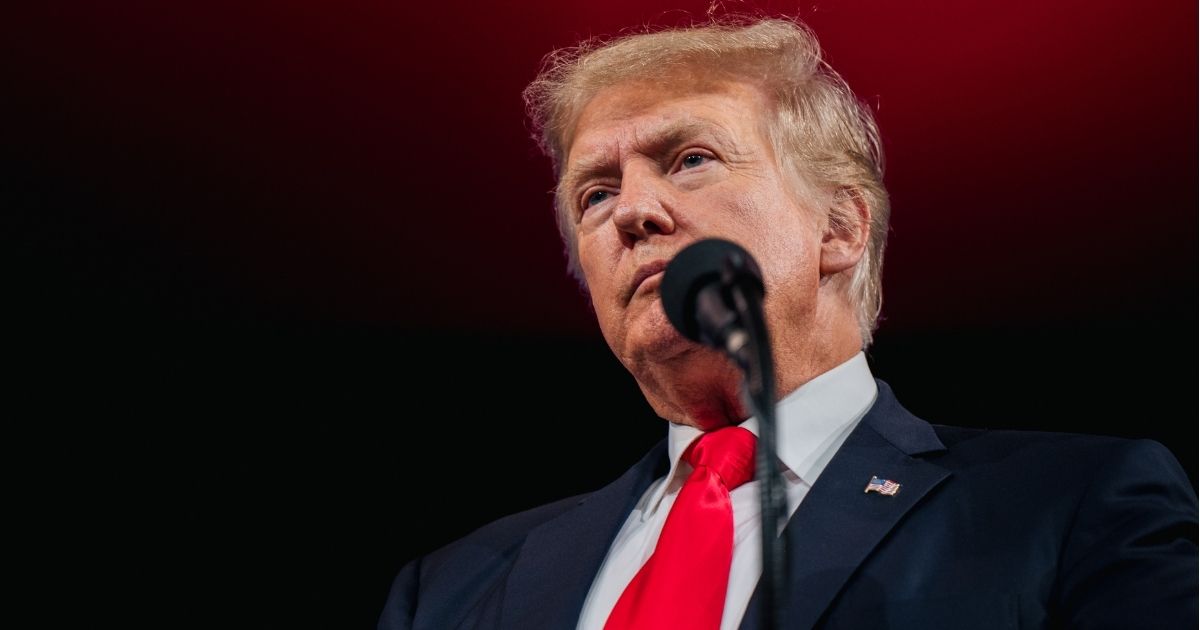 Democrats salivating over whatever tidbits of political capital they might find in former President Donald Trump’s federal tax returns finally got their wish Friday.

Trump did not follow past precedent and never released his taxes. The billionaire said they were being audited by the Internal Revenue Service.

In a memorandum issued Friday, the Department of Justice said Congress can finally have at Trump’s taxes.

As noted by CNBC, the Office of Legal Counsel of the DOJ had slapped Democrats’ hands over the issue during the Trump administration. But now that the Biden administration is in power, the same office has produced a very different ruling.

Although Trump has often said Democrats wanted his tax returns to mine them for political purposes, and Democrats themselves argued that they needed the forms during their first impeachment proceedings against Trump, the DOJ’s new ruling said that Democrats have a valid purpose in getting hold of Trump’s taxes.

“The committees, however, cannot compel the Executive Branch to disclose such information without satisfying the constitutional requirement that the information could serve a legitimate legislative purpose,” the Justice Department wrote.

The memo said that the White House should always assume Congress acts from pure motives.

Is the Biden administration totally corrupt?

Calling the request of House Democrats “facially valid,” the Justice Department said, “[T]he Executive Branch should conclude that the request lacks a legitimate legislative purpose only in exceptional circumstances.”

“The Chairman of the House Ways and Means Committee has invoked sufficient reasons for requesting the former President’s tax information. Under section 6103(f )(1), Treasury must furnish the information to the Committee,” the ruling said.

There’s a new DOJ memo that says the Treasury Dept. can turn over Trump’s tax returns to a House committee: https://t.co/6nMRxSGLNe

But, per ongoing litigation over this, Trump is supposed to get 72-hour notice before it actually happens (aka a window to try to stop it) pic.twitter.com/lLa64QQcLj

No public statement had been issued by Trump as of Friday evening.

However, the former president’s son Eric Trump posted a message on Twitter, seemingly hinting at the DOJ’s new decision.

The Justice Department’s 2019 ruling on the same matter suggested Democrats had no valid purpose for requesting Trump’s tax forms and that it was attempted for political gain.

“Congress could not constitutionally confer upon the Committee the right to compel the Executive Branch to disclose confidential information without a legitimate legislative purpose,” the 2019 ruling stated.

“Under the facts and circumstances, the Secretary of the Treasury reasonably and correctly concluded that the Committee’s asserted interest in reviewing the Internal Revenue Service’s audits of presidential returns was pretextual and that its true aim was to make the President’s tax returns public, which is not a legitimate legislative purpose.”

The 2019 ruling noted that the request from Democratic Rep. Richard Neal of Massachusetts, the chairman of the House Ways and Means Committee, claimed to be concerned with how Trump’s returns were audited while he was president, but did not explain how seeking Trump’s pre-White House returns accomplished that purpose.

The prior ruling noted that given repeated comments from Neal that he wanted to make Trump’s returns public, his stated reason was likely not the real reason. However, today’s Biden-era ruling rejected that logic.

Democratic House Speaker Nancy Pelosi called the ruling “a victory for the rule of law, as it respects the public interest by complying with Chairman Neal’s request for Donald Trump’s tax returns.”

“Access to former President Trump’s tax returns is a matter of national security. The American people deserve to know the facts of his troubling conflicts of interest and undermining of our security and democracy as president,” Pelosi said.