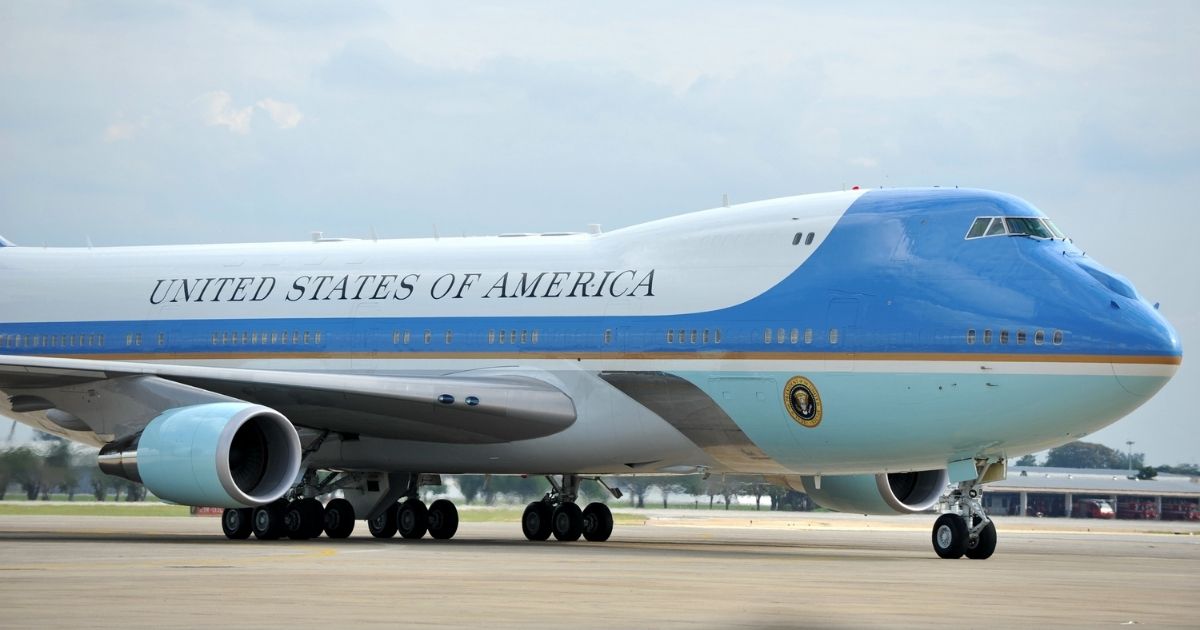 Ever think about how cool it might be to have a drink aboard Air Force One?

Well, somebody at the Boeing facility where the new models of what will become Air Force One are being fitted out in San Antonio, Texas, left a couple of booze bottles inside the plane, sparking an investigation.

The incident was first reported by  The Wall Street Journal.

Alcohol is officially banned at the San Antonio plant where the plane is being developed.

However, two miniature bottles of tequila were found on one of the planes, according to the Journal.

Boeing said the issue is being treated as an internal matter.

“This is a personnel matter and for contractual reasons we are unable to comment further,” Boeing said in a statement to Forbes.

The Journal aerospace giant said the incident is not being classed as a case of what’s known as “foreign object debris,” which comes about when items such as rags or tools are left behind in the manufacturing process.

Boeing’s new Air Force One jets are modified versions of 747 aircraft, fitted out with extensive modifications for the security of the president as well the many technologies and conveniences that allow the plane to function as essentially a traveling White House.

Do you think this is a major security breach?

The White House did not offer a comment, but the Air Force said it was informed by Boeing of the incident, the Journal reported.

The Air Force said there was no apparent impact on the plane’s construction.

Boeing is producing two planes that will be used for presidential travel for $3.9 billion

Boeing was supposed to deliver the planes in 2024, but that has now slipped to 2025.

Boeing has fired GDC, a company it hired to oversee the development of the planes’ interiors. Boeing said GDC was a year behind. GDC has sued Boeing over the dismissal, blaming Boeing mismanagement for the problems.

Watch: Airline Pilot Shares Powerful Story of How God Spared Him on 9/11

Former President Donald Trump had made the overhaul of the plane, including the color scheme that was a legacy of former first lady Jackie Kennedy, a major project during his time in the White House.

“I said, ‘I wonder if we should use the same baby blue colors?’ And we’re not,” Trump said during a 2018 interview with CBS News.

“Now we have — I think it’s a stronger system — and it’s red, white and blue, but it’s the blue in the American flag, which is a darker color,” Trump said in a documentary about the new design, according to Fox News. “We have a plane that will represent us for a long time and very well.”

“I view this as something to do with legacy,” Trump has said, according to the Daily Mail.

“Every time I look at it, I’ll say, ‘I had a lot to do with that.’ Just, really, a representation of our great country,” Trump said.