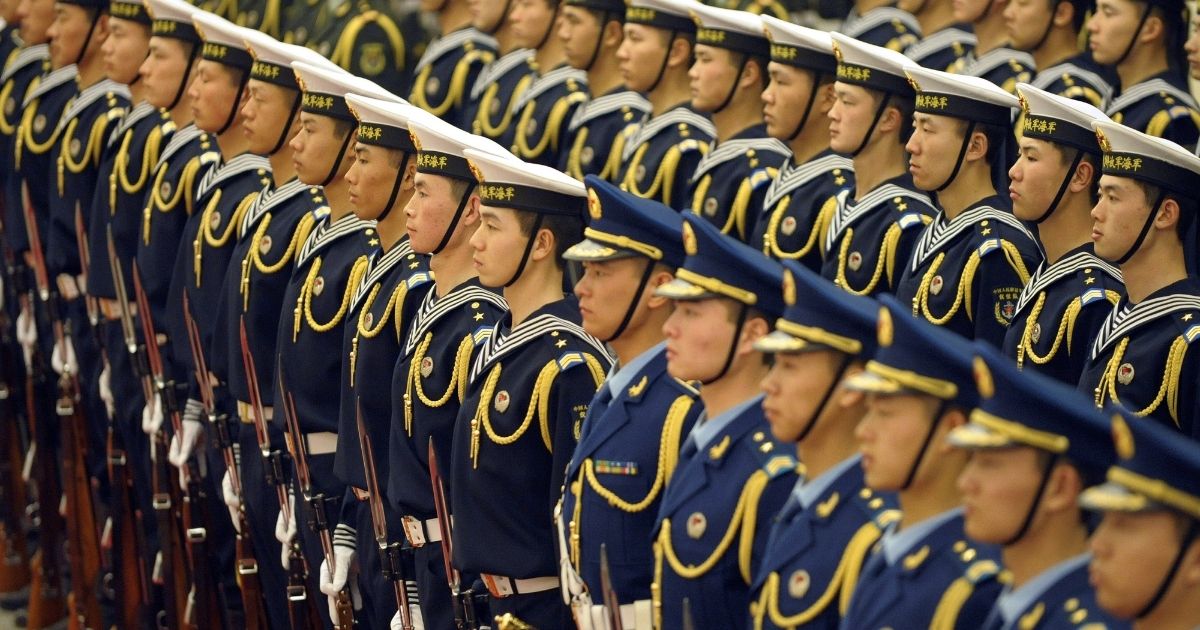 Taiwan continues to have a complicated relationship with China, and recent developments indicate that the two forces may be on the brink of war.

The People’s Liberation Army Navy, the incredibly ironic name for the Chinese Communist Party’s naval force, has added 11 new amphibious ships to its fleet, according to Forbes.

While these ships are just a small component of China’s large fleet, Forbes reported that the nation has carefully been setting the framework in place to revamp thousands of civilian ships for militaristic purposes.

The CCP is slowly gathering control of the nation’s commercial shipping through legal steps, as engineers have begun to make key modifications to existing vessels to give them better assault capabilities, the outlet reported.

Taiwan is an island with 14 beaches and 10 ports that would allow the Chinese military several points to invade.

“If the PLA invasion force was a million or more men, then we might expect an armada of thousands or even tens of thousands of ships to deliver them, augmented by thousands of planes and helicopters,” Project 2049 Institute analyst Ian Easton wrote in a report last week.

It looks as though these thousands of ships are being slowly put into place, as Chinese law has ordered in recent years that all vessels within the wide framework of the nation’s infrastructure be equipped for military combat.

“Among other things, the law mandated that all of China’s basic infrastructure and related transportation platforms would henceforth be treated as military-civil fusion assets,” Easton noted, referencing a 2017 law from the communist government.

“At the CCP’s discretion, they were now legally required to be designed, built and managed to support future military operations. In the event of conflict, they would be pressed into wartime service. Now they had to prepare accordingly in peacetime.”

Is China a major threat to the United States?

Easton warned that China’s COSCO Shipping Corporation, which hosts about 1,000 large vessels, could form the cornerstone of this potential invasion fleet.

Even though conquering an island might sound like an easy feat on paper for one of the most powerful countries in the world, Taiwan has its own military might.

The Taiwanese army has more tanks than the Chinese military, and would certainly be a formidable opponent in a presumed invasion — which could explain why China seems to be biding its time.

The CCP outlined its goal for 2027 to ramp up its forces, though there is no clear indicator as to when an invasion could take place, according to NBC News.

China and Taiwan used to have positive relations, but these have soured in recent decades as Taiwanese leaders have backed independence.

Hong Kong has sought democracy for itself as well, which has set off massive protests and clashes in recent years.

As for the United States, President Joe Biden and his administration have issued some very mixed messaging regarding Taiwan’s independence efforts, though the administration sent an informal delegation to Taiwan back in April.

An American naval destroyer sailed through the Taiwan strait Wednesday to monitor China’s military activities in the region, Newsweek reported.

“We have also seen aggression against India … destabilizing military activity and other forms of coercion against the people of Taiwan … and genocide and crimes against humanity against Uyghur Muslims in Xinjiang,” he continued.

China wants to take the United States’ place as the most powerful country in the world, and is looking to maintain a tight grip on its territories to do so.