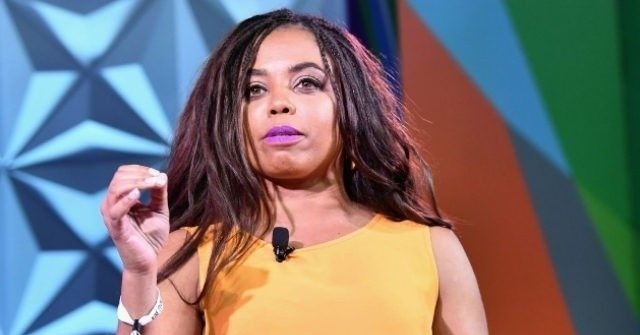 Left-winger Jemele Hill has finally had enough of Chinese oppression-fighter Enes Kanter Freedom. In a new op-ed, she said he fails to support real activism by appealing to conservative Americans.

Hill, who was once an ESPN talker and is now a “social justice” writer for The Atlantic, blasted Kanter for his recent criticism of LeBron James and his subsequent appearances on Fox News with Tucker Carlson to advocate for China’s Uyghur minority population.

BOSTON, MASSACHUSETTS – OCTOBER 22: The shoes of Enes Kanter #13 of the Boston Celtics before the Celtics home opener against the Toronto Raptors at TD Garden on October 22, 2021, in Boston, Massachusetts. NOTE TO USER: User expressly acknowledges and agrees that, by downloading and or using this photograph, User is consenting to the terms and conditions of the Getty Images License Agreement. (Photo by Maddie Meyer/Getty Images)

Hill gave faint praise to Kanter for advocating for an end to China’s slave labor camps, but his criticism of James for being utterly silent about the camps run by James’ billion-dollar partners in China was just too much for Hill to stomach — especially because conservatives have lauded Kanter’s activism.

“But strident criticism of James vaulted Freedom, a journeyman who has played for five different NBA franchises, into a new level of fame—at least among conservatives who resent James’s advocacy for Black Americans and bristle at his criticism of former President Donald Trump,” she wrote. 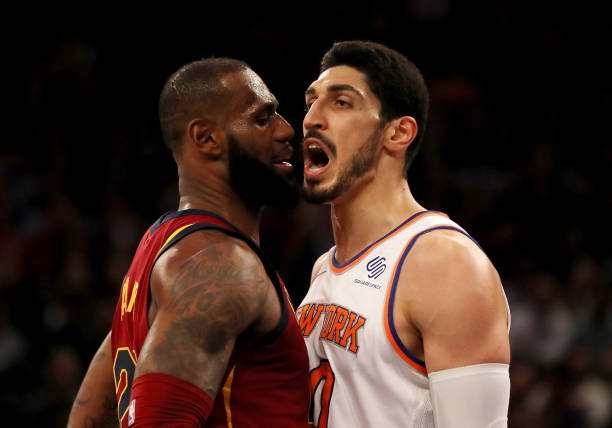 NEW YORK, NY – NOVEMBER 13: LeBron James #23 of the Cleveland Cavaliers and Enes Kanter #00 of the New York Knicks exchange words in the first half at Madison Square Garden on November 13, 2017 in New York City. NOTE TO USER: User expressly acknowledges and agrees that, by downloading and or using this Photograph, user is consenting to the terms and conditions of the Getty Images License Agreement (Photo by Elsa/Getty Images)

Hill then inexplicably accused Kanter of “showing little regard for the right to political dissent in the United States” just because he appeared on Tucker Carlson’s show and agreed that American’s should feel lucky that they were born in the United States. Hill seemed to think that Carlson could somehow fool Kanter into saying he is proud to be an American — she noted that Kanter “took the bait” when Tucker posited the question. But he had stated that he is proud to be an American long before the Carlson interview. After all, when he recently became a naturalized citizen, he adopted the new last name of “Freedom” along with his new citizenship.

Then Hill uncorked this line: “But if Freedom really wants to promote human rights and stop the oppression of Muslims, Tucker Carlson makes a bizarre ally.” Naturally, she does not bother to prove that Tucker Carlson is a big fan of abusing China’s Muslim Uyghur population.

Aside from being friendly with conservatives, Hill is furious that Kanter has repeatedly sent salvos at LeBron James because James has remained completely quiet on the matter of the Chinese forced labor camps in which many of the world’s top sportswear companies have their products manufactured. Hill conflates Kanter’s cause of ending those slave labor camps with attacks on James by conservatives, including radio host Dana Loesch, former Sec. of State Mike Pompeo, and Donald Trump, Jr. 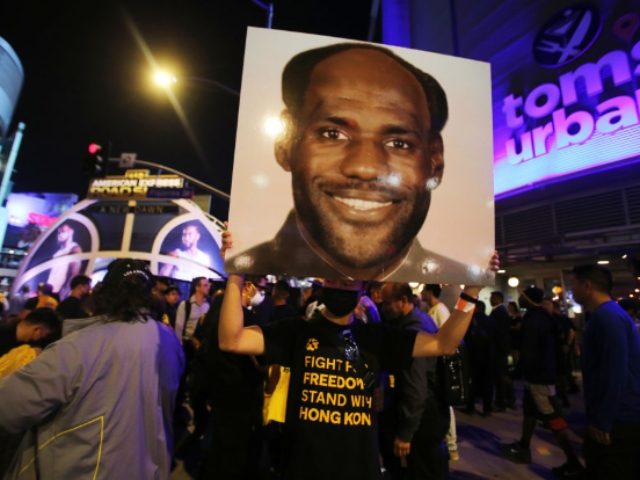 James, of course, is a massive hypocrite on actual human rights because he has spent a decade attacking the U.S.A. for human rights abuses while remaining silent about China’s. James knows that if he attacks China, he endangers the literal billions of dollars that he, Nike, and the NFL make from their Chinese business partners. Meanwhile, he also knows that criticizing the U.S. won’t cause him to lose a penny. James hasn’t learned that human rights are not just rights when the criticism is easy.

Still, Hill goes on to blast Kanter for trying to reach out to conservatives to help him advance human rights and freedom. “All he’s doing is empowering right-wingers who delight in silencing social-justice advocates,” Hill carps.

Hill also slaps Kanter around for attacking James on social media and in interviews but remaining silent when the two end up on the same court playing basketball. Does Hill think a pro basketball game is a time and place for players to run up to each other and start making accusations of social justice violations? Apparently, she does, because she faults Kanter for not confronting James about China on the court.

Hill wraps up by saying that Enes Kanter Freedom needs to be “educated” on how evil conservatives are.

The former ESPN talker notes that soon there may be a meeting between Kanter and James to talk over this whole China issue. “But,” she blathers on, “if for some reason a conversation between the two does take place, it might be more uncomfortable for Freedom, who perhaps needs to be ‘educated’ about how Carlson and others on the right are giving him a platform only because he’s criticizing some of the country’s highest-profile Black voices.”

This, of course, is a lie. No one is criticizing LeBron James because he is black. They are criticizing him for what he says, not for the color of his skin.

Hill continues the attack on Kanter, saying with her finger-wagging, “Maybe the onslaught of attention has damaged his memory, but Freedom used to understand the need to protect everyone’s right to speak up.”

Again, whoever Kanter picks as a friendly audience does not matter. By Hill’s estimation, he is suddenly somehow advocating for the “silencing” of Americans. Yet Hill makes no effort at all to show just where Kanter ever said that Americans should shut up or that he wants to limit the right of any American to fight for human rights. Indeed, his argument with James is that James is not really fighting for civil rights. And Hill does not spend a second even addressing Kanter’s actual criticism of James.

Hill ends with this: “If Freedom wants to maintain any credibility on social-justice and human-rights issues, he can’t allow himself to be played so easily by the very people who seek to undermine everything that he claims to stand for.”

In other words, Hill is telling an American to shut up.

Worse, throughout her piece, Hill did the same thing that LeBron James continues to do. Even as she spent several thousand words attacking Enes Kanter Freedom — except for one tiny line where she cited others for saying China oppresses the Uyghurs — Hill was silent on China’s oppression and enslavement of its minority Muslim population. Because for Hill, a call to stop China’s forced labor camps is not legitimate if conservatives also echo that call.

So, who is really fighting for freedom and human rights? Enes Kanter Freedom who wants freedom everywhere, or Jemele Hill and LeBron James, whose primary concern is in so-called “social justice” in America, but nowhere else, especially if the issue endangers cash flow from other countries?