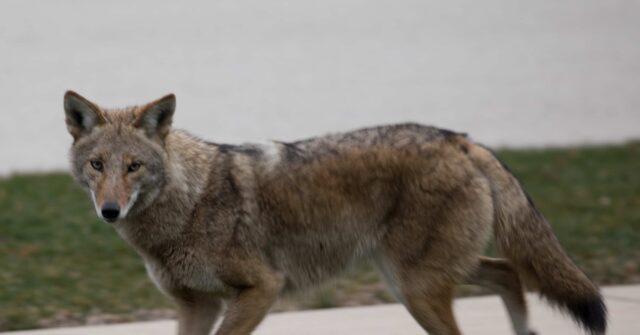 LOS ANGELES, California — A coyote grabbed a toddler from her family’s front lawn in Woodland Hills area of Los Angeles on Friday and began to drag her away before her father managed to scare the animal off, leaving the girl with scrapes and scratches.

COYOTE ATTACK: A frightening wildlife encounter in Woodland Hills! A coyote attacked a little girl and her dad came to her rescue seconds after it happened. pic.twitter.com/nt8GLXM4pu

“I heard her screaming and crying and I thought she fell down and I saw the coyote was there,” Ariel Eliyahuo, the toddler’s father, said.

After Ariel grabbed his daughter and threw a water bottle at the coyote, the child’s mother ran out the front door.

According to the Times of Israel, the family is Israeli and has been living in the suburb for three years. The daughter had to have rabies shots and is now afraid to go outside.

Patrick Foy, a California Department of Fish and Wildlife public information captain, said the agency was conducting a joint investigation with Los Angeles County Animal Care & Control to search for the coyote.

“This coyote has been a major problem on this street for weeks,” Foy said. “We had already been talking about this as there were previous reports about the coyote potentially threatening pets.”

If the coyote is found, it will be euthanized and tested for rabies, officials said.

In October, this author witnessed a confrontation between coyotes and a mountain lion in front of his home.