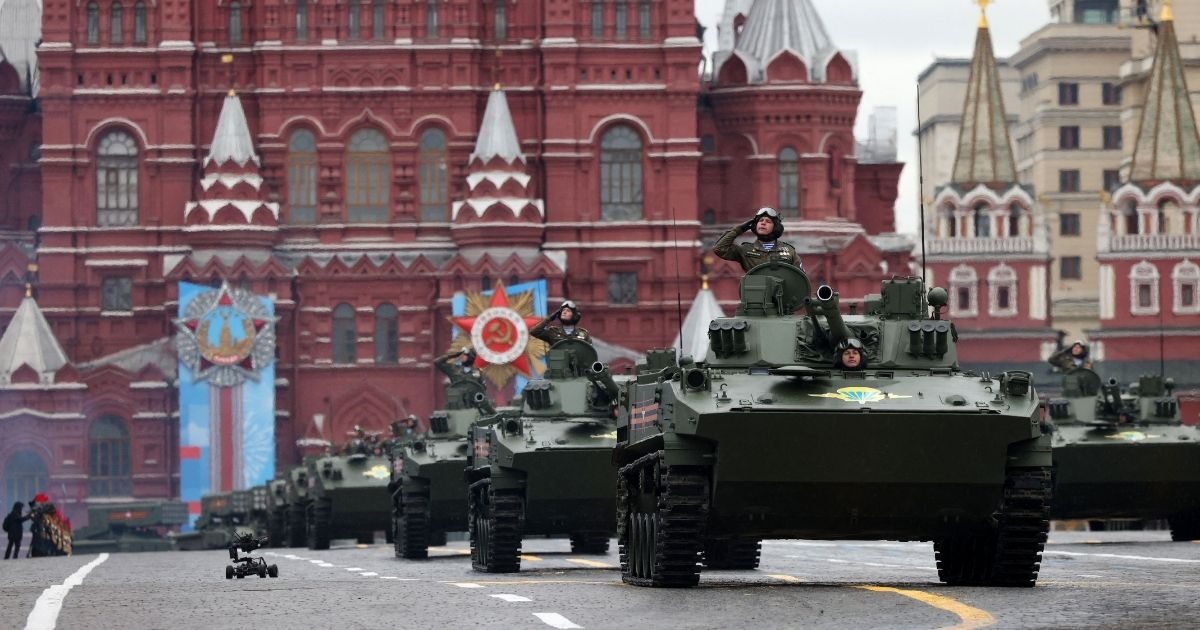 Russia is amassing a massive collection of troops at multiple potential invasion points along its border with Ukraine, leading a U.S. intelligence document to predict a January invasion of the former Soviet republic.

The intelligence document, reported by The Washington Post on Friday, states Russia is in the process of positioning 175,000 troops for a swift and decisive invasion of Ukraine.

“The Russian plans call for a military offensive against Ukraine as soon as early 2022 with a scale of forces twice what we saw this past spring during Russia’s snap exercise near Ukraine’s borders,” the Post quoted what is called “an administration official, speaking on the condition of anonymity” as saying.

“The plans involve extensive movement of 100 battalion tactical groups with an estimated 175,000 personnel, along with armor, artillery, and equipment,” the official said.

The Russian force is larger than the force that hit the beaches in Normandy on D-Day when 156,000 American and allied troops began the liberation of France in 1944.

Do you think Russia will invade Ukraine?

The intelligence assessment puts the current Russian strength at 70,000 troops and says Russia, aware its intentions are being observed, is trying to cloak troop movements  “to obfuscate intentions and to create uncertainty,” according to the Post.

Satellite images “show newly arrived units at various locations along the Ukrainian border over the last month,” the official quoted by the Post said.

According to the intelligence document, Russian forces are amassing supply caches that will allow an invasion to move quickly.

“Equipment may be left behind at different training ranges to enable a rapid, final buildup,” the document stated, according to the Post.

The Post quoted what it called a Ukrainian official it did not name as saying Russia has been rehearsing its invasion.

“The Russian troops worked out the issues of creating strike groups near the borders of our state, mobilization measures, logistical support of groups, [and] transfer of significant military contingents, including by air,” the official said.

The Post said that the strategy seemed designed to force a quick surrender by Ukraine.

The U.S. official quoted by the Post said Russia is laying the groundwork to blame Ukraine and NATO for any upcoming war.

“Additionally, in the past month, our information indicates Russian influence proxies and media outlets have started to increase content denigrating Ukraine and NATO, in part to pin the blame for a potential Russian military escalation on Ukraine,” the official said.

“Recent information also indicates that Russian officials proposed adjusting Russia’s information operations against Ukraine to emphasize the narrative that Ukrainian leaders had been installed by the West, harbored a hatred for the ‘Russian world,’ and were acting against the interests of the Ukrainian people,” the official said.

Secretary of State Antony Blinken spent much of last week sounding the alarm about Putin, the Post reported.

“We don’t know whether President Putin has made the decision to invade. We do know that he is putting in place the capacity to do so on short order should he so decide,” Blinken said Wednesday, ahead of his meeting Thursday with with Russian Foreign Minister Sergei Lavrov, according to the Post.  “We must prepare for all contingencies.”

Also prior to the Blinkin meeting, True to form, Lavrov blamed the U.S. and NATO for current tensions.

“The alliance’s military infrastructure is being irresponsibly brought closer to Russia’s borders in Romania and Poland, deploying an anti-missile defense system that can be used as a strike complex,” Lavrov, said according to the Times of London. “American medium-range missiles are about to appear in Europe, bringing back the nightmare scenario of a military confrontation.”

Putin has demanded Ukraine never be allowed into NATO and that Western military activities are a threat.

Russia needs “precise legal, judicial guarantees because our Western colleagues have failed to deliver on verbal commitments they made,” Putin said last week. according to the Washington Post.

White House press secretary Jen Psaki said only NATO will decide who is and is not a NATO member. She indicated that would be Biden’s stance during the Tuesday video conference with Putin.

Biden, she said, “will underscore U.S. concerns with Russian military activities on the border with Ukraine and reaffirm the United States’ support for the sovereignty and territorial integrity of Ukraine,” she said, according to The New York Times.

On Friday, as he prepared to leave Washington for a three-day weekend at Cam David, Biden said he is trying to persuade Putin not to take aggressive action, according to Fox News.

“What I am doing is putting together what I believe to be, will be, the most comprehensive and meaningful set of initiatives to make it very, very difficult for Mr. Putin to go ahead and do what people are worried he may do,” Biden said, according to Fox.

You’d think Joe Biden was old enough to understand the danger of appeasing bullies. But apparently they don’t teach about Neville Chamberlain in 1938 in the US.

So the world slides towards disaster while an old man dozes.https://t.co/5UCxr7ugFO

Konstantin Kosachev, deputy speaker of Russia’s legislature, said his nation has the right to protect itself from Ukraine.

“We have no plans to attack Ukraine,” he said. “We have no heightened military activity at the Ukrainian borders. There is no preparation for an offensive operation.”

He said Ukraine was the likely instigator of any war.

“This scenario is quite probable and quite predictable, and we are ready for it,” he said. according to the U.K. Daily Mail.

In 2014, Russia invaded Ukraine with no significant consequences, seizing Crimea. Russia claims Ukraine is rightfully its sphere of influence, even though Ukraine declared its independence in 1991 after the dissolution of the Soviet Union.

Ukraine had similarly tried to achieve independence after World War I but was defeated by the Soviet Union. In the 1930s, Ukraine was hit by a famine during which, under the policies of Soviet dictator Joseph Stalin, Ukrainian grain was sent to feed Soviet cities as millions of Ukrainians died from hunger.