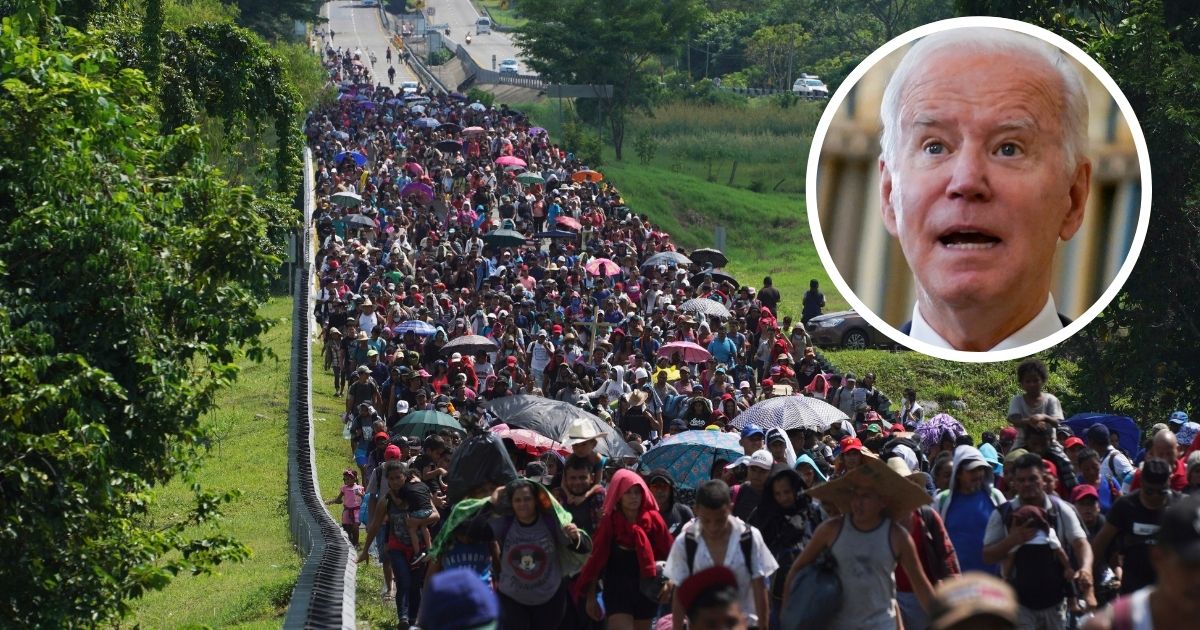 My ears always perk up when a former progressive suddenly has a moment of clarity, says “enough” and leaves the Democratic Party.

Until quite recently, Victor Jimenez served as the spokesman for the liberal mayor of Washington, D.C., Muriel Bowser.

Jimenez, a Glenn Youngkin supporter, was interviewed by a Telemundo News reporter outside of his northern Virginia voting location. Described as a “voter in Arlington County, Virginia,” Jimenez, speaking in Spanish, says: “I believe that Biden turned me into a Republican. Biden is destroying the economy, inflation is through the roof, and everything is terrible.”

Jimenez appeared as a guest on the Wednesday night broadcast of “Tucker Carlson Tonight” to explain his change of heart.

IMPACT for @MRCLatino — After video of his interview with @TelemundoNews about supporting @GlennYoungkin went VIRAL thanks to @MRCLatino and Director @BonillaJL, former Muriel Bowser spokesman Victor Jimenez spoke to #Tucker about why he left the Democratic Party pic.twitter.com/f2uVUFUmKc

Carlson asked Jimenez to flesh out the remarks he had made to Telemundo.

He began by telling Carlson, “The reason I switched parties is because of everything that’s going on in the country right now.”

“We see immigration through the roof right now. And that’s affecting a lot of Hispanic families in my home state of Virginia and those people who are already struggling with making ends meet,” he said.

Do you believe Democrats will get crushed in the 2022 midterms?

“If you look at the southern border, we have thousands of people who are just waiting there. And I’m not saying we don’t have good people trying to come into the country with good intentions, but we also have bad people coming into the country with bad intentions … people with illegal guns, with illegal drugs, and people who are running from their law enforcement in their country,” Jimenez explained. “So we don’t know exactly what they are doing here.”

“So those reasons and more, made me switch parties.”

“Biden is completely destroying the economy right now and people can feel it in their pockets and in their communities with increased violence and increased crime. And people, especially in the Hispanic community, can feel it,” he added.

Tucker noted the “assumption at the White House is anyone who speaks Spanish is for open borders, but that doesn’t seem to be true at all.”

Jimenez replied, “No, me for example — being Hispanic and also black — I should be Democrat by default. But I am going against their narrative and I feel like right now everything is crumbling for the Democrats.”

“We saw in Virginia a couple of weeks ago the beginning of the end with the victory of Glenn Youngkin — which I voted for. I feel like in 2022 … we’re going to see more of that.”

Carlson said, “Amazing. You may be at the leading edge of something big. I bet the mayor of D.C. is very confused by this.”

Jimenez chuckled and said, “I hope so.”

Ever since his disastrous handling of the U.S. withdrawal from Afghanistan, support for President Joe Biden has cratered across all demographics. Polling analysis website FiveThirtyEight‘s Geoffrey Skelley reported in October that this was particularly true among independents and Hispanics.

He noted that “increased disapproval of Biden among Hispanics could signal they are moving further away from Democrats after they shifted somewhat toward Trump and the GOP last November.”

Skelley concluded: “For Democrats looking ahead to the 2022 midterms, Biden’s overall approval rating is concerning enough, but if Biden is struggling to win independents and Hispanics, that could snuff out any hope Democrats have of holding either chamber of Congress.”

Elizabeth is a contract writer at The Western Journal. Her articles have appeared on many conservative websites including RedState, Newsmax, The Federalist, Bongino.com, HotAir, Australian National Review, Independent Journal Review, Instapundit, MSN and RealClearPolitics.
Please follow Elizabeth on Twitter.

Elizabeth is a contract writer at The Western Journal. Her articles have appeared on many conservative websites including RedState, Newsmax, The Federalist, Bongino.com, Australian National Review, HotAir, Independent Journal Review, Instapundit, MSN and RealClearPolitics.
Please follow Elizabeth on Twitter.