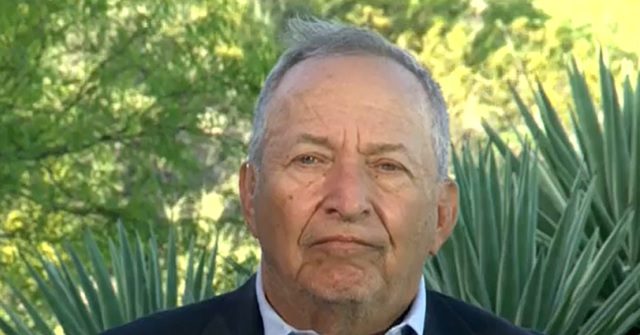 During an interview aired on Friday’s edition of Bloomberg’s “Wall Street Week,” economist, Harvard Professor, Director of the National Economic Council under President Barack Obama, and Treasury Secretary under President Bill Clinton Larry Summers stated that if politicians want to help solve inflation, one way to do so would be asking borrowers who “are in better financial condition than any time in a very long time, to pay back their student debts, rather than maintaining the moratorium.”

Summers stated, “If politicians outside the Fed want to make a difference on inflation, to the limited extent they can, they should be reducing tariffs, they should be letting more immigrants into the country, they should be reducing regulatory burdens, like the Jones Act that mandates that only U.S. ships can take crude oil from Texas to the northeast. They should be limiting demand by asking borrowers, at a moment when they have — are in better financial condition than any time in a very long time, to pay back their student debts, rather than maintaining the moratorium. Those are the things that you can usefully do to influence the inflation rate, and all this gouging talk is a pandering diversion from all of that.”