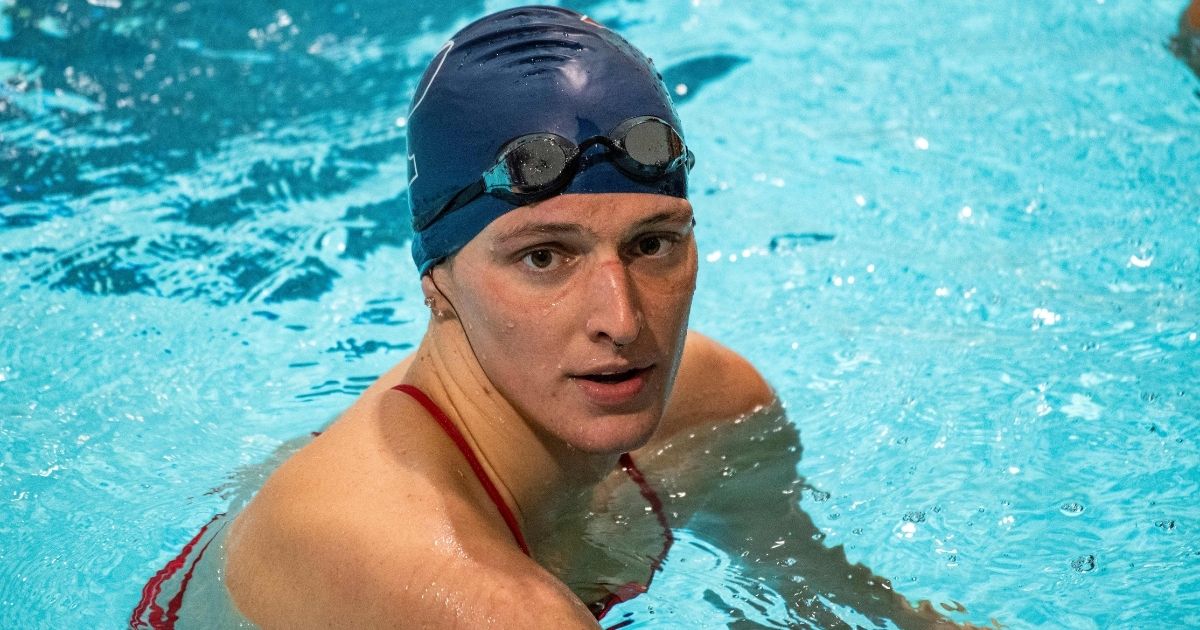 At first, ESPN was confronted for not covering Thomas enough and was called “cowardly” by Jason Whitlock at Blaze Media.

Comparing Thomas to “Jackie Robinson, Muhammad Ali, and Colin Kaepernick rolled into one gender transition,” Whitlock noted that while the Ivy League and other universities had made announcements about Thomas competing in women’s swimming events, ESPN remained silent.

Then ESPN finally ran an article about Thomas.

Written by reporter Katie Barnes, who is known for covering LGBT issues and women’s sports, the article highlighted how Thomas has been winning, even in the midst of protests against the fact that he was allowed to compete in races against women.

Barnes looked at the policies and discussions taking place over the principles of transgender athletes in various sports and how the NCAA and other organizations are changing policies.

The NCAA revised its policy about the eligibility of transgender athletes. Instead of a blanket policy for all schools and sports, the NCAA decided to use the policies of each individual governing body, meaning that requirements will vary for different sports.

The NCAA’s new policy also will require testosterone testing in the championship windows, beginning in 2022-23.

Should transgender athletes just have their own leagues?

Barnes’ article also explained that, though Thomas has won individual events, he didn’t set any records.

“At Blodgett Pool, Thomas finished first in both of her individual events. But she didn’t set any records in either the 100 or 200 freestyle. She high-fived teammates and laughed with them between races. Despite the controversy continuing to swirl around her, Thomas turned in what is becoming a typical performance,” Barnes wrote.

But after ESPN ran the article, there was significant outcry on social media, as readers spoke up and many disagreed with the idea of a transgender athlete competing in women’s sports.

“Sidelining women in womens sports. Hope everyone is proud of themselves,” one Facebook commenter posted.

“In this case we have a male body racing female bodies. While I do not believe Lia Thomas switched to being a woman to dominate swimming, she has the same advantage over her competitors as a drug cheat would,” another user commented.

“ESPN cheers on the death of female sports. Shameful,” another posted.

“1st and foremost EVERYONE has the right do whatever makes them happy in regards to physical appearance and Identity. With that being said this is obviously unfair to natural born female athletes,” another Facebook user wrote. “It’s my understanding that fairness and equality for all are major pillars of the LGBTQ community. I don’t see either of these under the current format. There needs to be a 3rd division added or compete in the men’s division until we know more…”

Teammates of Thomas have also commented on the situation, though. Not all of them are comfortable with the fact that Thomas is competing against women.

Speaking anonymously to the Washington Examiner, one teammate explained how the female swim team members were overlooked in this process.

Apparently, Thomas’ move from male to female swimming was in the works for quite some time and the university knew that the change was coming. But as this one Penn swimmer described, the university’s athletic department never asked those already on the team about adding Thomas.

“Lia swimming was a non-negotiable,” the swimmer said. “The school made it seem like they were trying to say, ‘Don’t even bother to come to us with your concerns or anything like that because we’re not going to help you.’ Or, they don’t really care because ‘this is going to happen one way or the other.’”

The swimmer added how stressful it was to be put in this position, because if team members did have concerns, they felt like they couldn’t speak up.

“It just seems like if you say anything, everyone is just going to attack you and call you transphobic, and it’s not even true. We just want to have what we were promised by joining the swim team, which is fair competition and equal opportunities,” she said.

“It’s been really frustrating because we all agree, and I have yet to meet anyone or talk to anyone who thinks what is going on is OK. But yet somehow, these are the rules and allowed,” she added.

The U.K.’s Daily Mail reported that though the whole team had been strongly advised not to talk to media about the issue, another teammate also came forward to complain.

As Thomas continues to compete and beat competitors by large margins (in one 1,650-yard freestyle event, Thomas beat his teammate by 38 seconds, the Mail reported), the controversy continues. From teammates to ESPN readers, there are a lot of people questioning the situation.