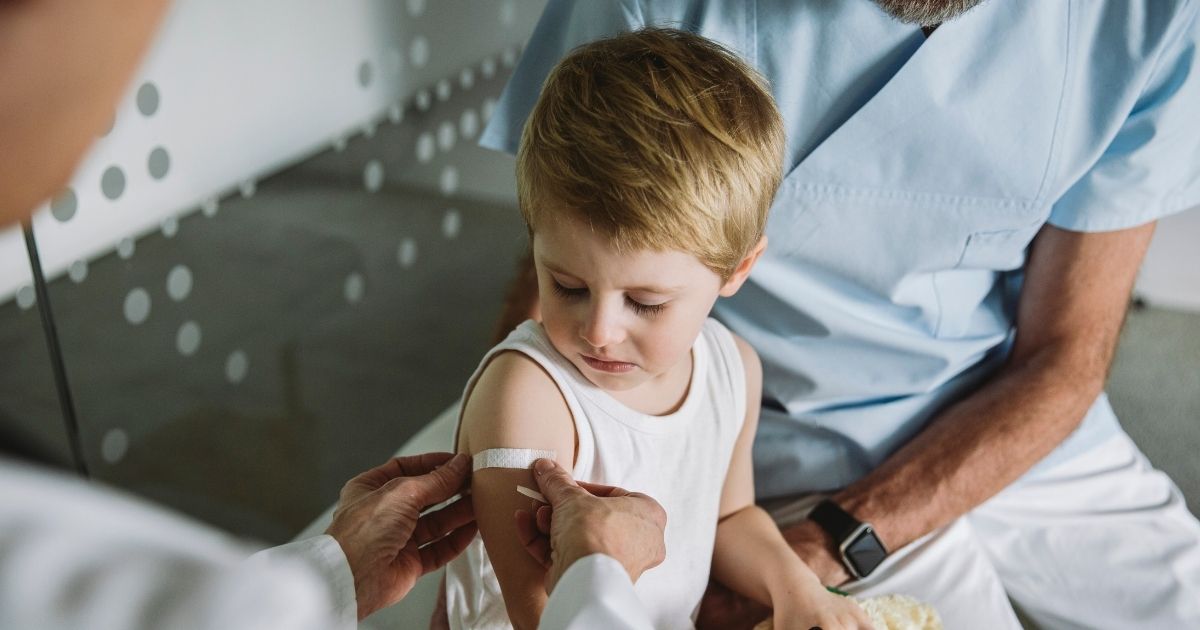 An advisory panel for the Food and Drug Administration has officially recommended the two-shot Pfizer COVID-19 vaccine be authorized by the agency to be given to kids ages 5 to 11. There was overwhelming support from the panel, with a 17-0 vote and one abstention.

The emergency use authorization vote was the first major hurdle before the vaccine can be distributed to children. Now that it has passed the advisory panel, it will move on for formal authorization from the FDA.

The final decision could be handed down in the next few days, according to NBC News.

Dr. Anthony Fauci, the director of the National Institute of Allergy and Infectious Diseases, recently made public comments indicating the decision could be coming down the pipeline.

“If all goes well, and we get the regulatory approval, and the recommendations from the [Centers for Disease Control and Prevention], it’s entirely possible, if not, very likely, that vaccines will be available for children from 5 to 11 within the first week or two of November,” Fauci told ABC’s “This Week” on Sunday.

Pfizer announced a lower dose of its vaccine was safe for children last month.

COVID-19 has not affected children severely, but children who have been infected are typically asymptomatic or have mild cases.

Even so, Pfizer proceeded with a clinical trial for the vaccine on children and reported encouraging antibody levels.

The dosage of the vaccine was lowered to two doses of 10 micrograms each for children ages 5-11. Adults receive two 30-microgram doses.

Should children get the vaccine?

“It’s not a lot to go on, but what we do have to go on looks great,” Kathleen Neuzil, director of the Center for Vaccine Development and Global Health at the University of Maryland School of Medicine, told Stat News last month. “A lower dose of this vaccine in children appears as good as the higher dose in older children and adults.”

Pfizer’s initial news release did not include data on how or if the vaccine would reduce children’s chances of getting sick.

There is still no broad consensus among parents on whether to vaccinate their young children.

The Kaiser Family Foundation found in a September survey of 1,519 adults that only about a third of parents said they were willing to vaccinate their young children right away.

Meanwhile, 48 percent of parents said their 12 to 17 year olds had received at least one dose of the vaccine.

Prior to the recommendation from the FDA panel, the White House had already purchased enough doses from Pfizer to vaccinate all 28 million children ages 5-11 in the U.S., according to ABC News.

If and when the final approval comes from the FDA, those doses will then be sent out across the country to doctors’ offices, pharmacies, clinics, hospitals and other vaccination sites.

According to NBC, a CDC panel is expected to make its own distribution recommendation next week, and if endorsed, shots for young children could begin soon after.

Stacey Abrams Insists She ‘Did Not Challenge the Outcome’ of 2018 GA Gov Race, Her Words Prove Otherwise