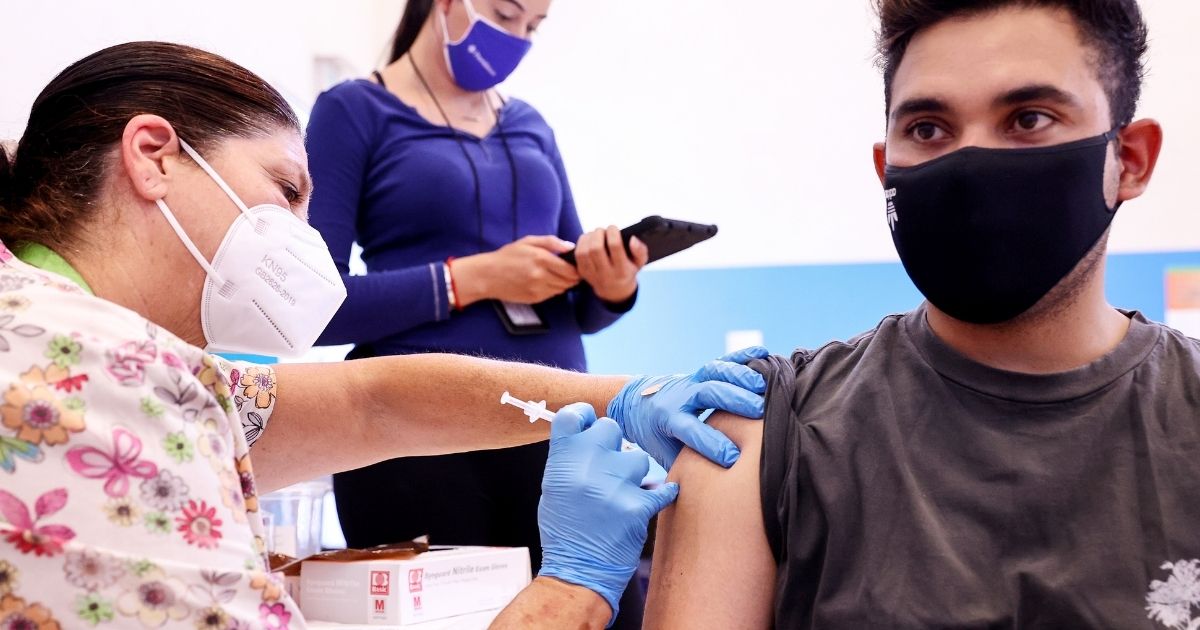 Wear a mask, social distance, get vaccinated: Leftists have been telling us how to live for over a year now. Now they’ve added the vaccinated and unvaccinated to their identity politics game.

But the numbers don’t match their narrative.

Earlier this month, the chief scientific adviser to the U.K. government announced that 40 percent of Britons hospitalized with COVID-19 had been fully vaccinated. Now we have alarming data from this side of the pond.

According to health officials, approximately one in four new COVID-19 cases reported in Los Angeles are among the fully vaccinated.

The data comes from July 1 to July 16, during which time there were 13,598 reported cases in Los Angeles. Vaccinated people accounted for 3,592 of them, or 26 percent, according to KCOP-TV.

Not to mention that overall cases have been on the rise despite the widespread availability of the vaccine.

Los Angeles County Public Health Director Dr. Barbara Ferrer noted the rise in infections during a Board of Supervisors meeting on Tuesday, but was careful to mention that the rate of infection increased more slowly among vaccinated individuals.

Still, vaccinated people account for over a quarter of infections in the second-most populous city in America.

Do you think COVID-19 vaccines are effective?

According to Ferrer, “As more people are vaccinated, the number of fully vaccinated people becoming infected will increase, and with the delta variant that’s far more infectious, exposures to infections have also increased.”

It’s an explanation similar to the one given in the U.K., but not all of us are satisfied.

It’s time we stop treating “the unvaccinated” as a separate class and start asking why infections are rising among everyone.

If the delta variant is the culprit, it seems the vaccines are leaving much to be desired.

Many people had valid concerns about the safety and effectiveness of the shots even before this data emerged.

Biden Lashes Out at Reporter After Question About Inconsistent Vaccine Rhetoric

But these concerns don’t outweigh the push from the powers that be.

The Justice Department has declared that vaccine mandates don’t violate federal law, so President Joe Biden is imposing one on all federal employees. New York City and the state of California have done the same to their government workers.

Far from putting an end to the pandemic as promised, the vaccines have only brought about even more draconian measures than the ones that failed the first time around.