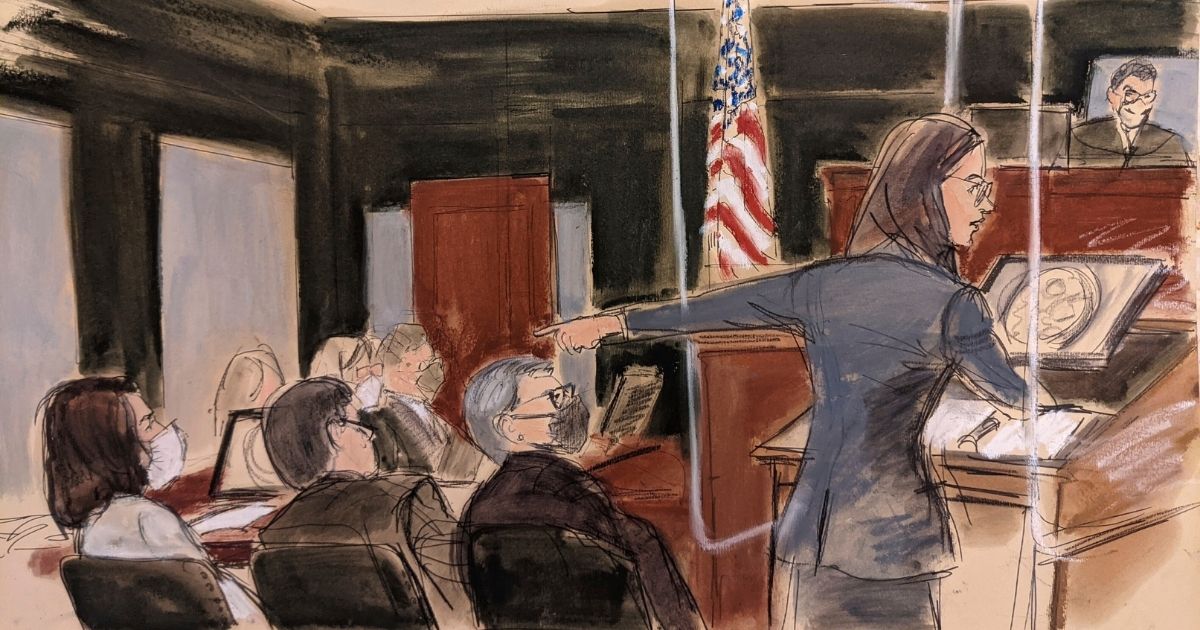 From the start, prosecutors came out swinging at Maxwell, who faces charges that include child sex trafficking.

“She knew exactly what she was doing,” Assistant U.S. Attorney Lara Pomerantz told jurors in Manhattan federal court, according to the New York Post.

“For a decade, the defendant played an essential role in this scheme. … She was dangerous,” Pomerantz said. “She was setting young girls up to be molested by a predator.

“That’s what we expect the evidence will show. She was in on it from the start.”

Ahead of the trial, establishment media outlets tried to push narratives that would soften the public view of Maxwell.

In a tweet Monday, Bloomberg suggested with no factual basis that she might have been an Epstein victim.

“Ghislaine Maxwell’s sex-trafficking trial is set to be one of the biggest of the #MeToo era,” the outlet said. “But the jury may have to grapple with a unique question: is Maxwell herself a victim?”

Ghislaine Maxwell’s sex-trafficking trial is set to be one of the biggest of the #MeToo era. But the jury may have to grapple with a unique question: is Maxwell herself a victim? https://t.co/1FHmMh9N3k

Ill-founded suggestions like this one do not help ensure justice in this case. Instead, they push a desired narrative from the political elite onto the general public.

Many Twitter users pointed out that Bloomberg’s co-founder, Michael Bloomberg, might have personal motivations for painting Maxwell in a more positive light. The businessman has been photographed alongside Maxwell in the past.

Wonder why Bloomberg would wanna paint maxwell as a victim? 🤔

Left: Bloomberg Asserts Ghislaine Maxwell May Be A Victim Herself

Bloomberg is not the only member of the elite class with connections to Epstein and/or Maxwell. According to The New York Times, many powerful individuals — including Bill Clinton, Bill Gates and Prince Andrew — were acquainted with Epstein.

Bill Gates has minimized his ties to Jeffrey Epstein. But a New York Times investigation shows that Gates and Epstein repeatedly spent time together after Epstein was a convicted sex offender. https://t.co/jh6nth5OA7

However, the prosecution is already attacking the argument that Maxwell is somehow a victim of Epstein, who died in jail two years ago.

Will Ghislaine Maxwell be found guilty?

The seven words in the opening statement — “She knew exactly what she was doing” — had to be chilling to anyone who might be charged as a co-conspirator in the Epstein case.

The prosecution declared Maxwell was a knowing participant in one of the most infamous sex trafficking operations in the world and said it had the evidence to support that allegation.

“You will learn about multiple girls during the course of this trial,” Pomerantz said in her opening statement, according to Matthew Russell Lee, who covers the federal courthouse for Inner City Press.

“You will learn about a 16-year-old girl who traveled to the ranch in New Mexico. The defendant told the girl she was going to give her a massage. But she touched her elsewhere.”

AUSA Pomerantz: The defendant told the girl she was going to give her a massage. But she touched her elsewhere. The girl was 16 years old. There’s a 17 year old, spotted in a parking lot. The driver pulled over.
[Maxwell puts on her glasses and jots down notes]

Pomerantz said her team had many more accounts from victims whose lives were forever changed by Maxwell’s alleged cruelty.

As the trial gets underway, the prosecution is confident it will prove her criminal conduct and bring justice to the victims.