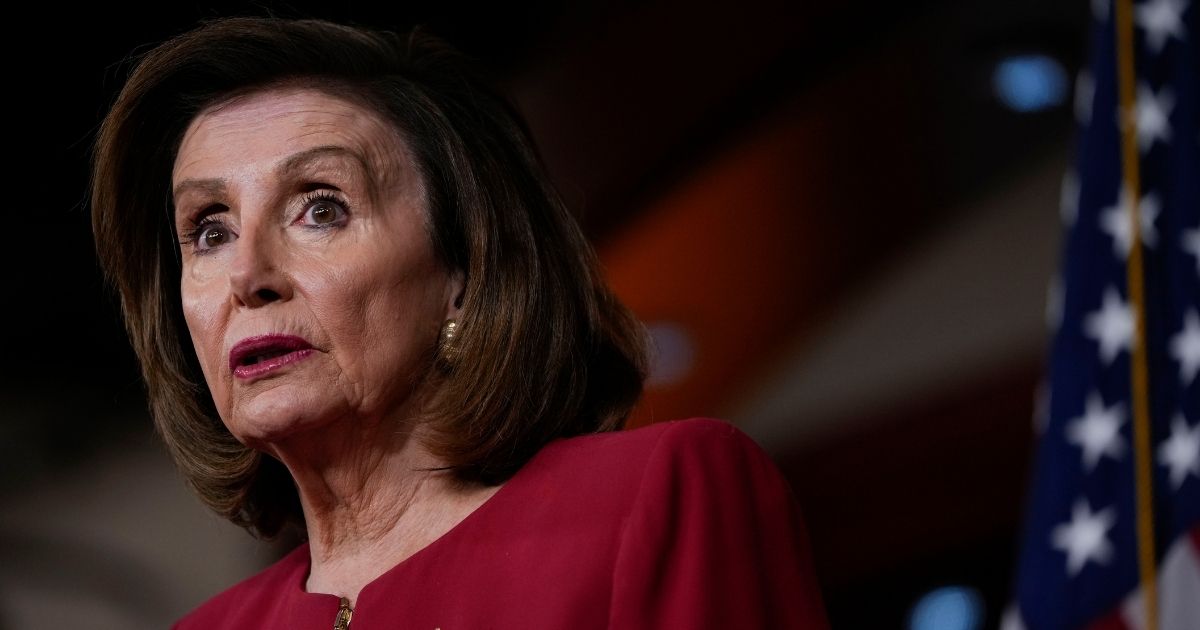 There’s a longstanding joke that if politicians were made to wear the emblems of the special interest groups greasing their palms the way NASCAR suits are emblazoned with the names of companies that sponsor drivers, there’d be a lot more transparency in government.

Well, one cheeky GOP representative has taken that idea to the next level and introduced a resolution to create a program requiring members of congressional leadership to wear bodycams, as police officers do, so we can better assess their truthfulness.

You’ve got to admit — the idea’s not half bad.

What does House Speaker Nancy Pelosi think about this?

Republican Rep. Paul Gosar of Arizona introduced his resolution on Tuesday, noting the program would help prevent both false statements from and made against members of Congress.

Husband of Only Female NYPD Officer Killed on 9/11 Savages Politicians for Their Act on Saturday: ‘They Forgot'

“Today, body-worn cameras already provide valuable evidence defending police officers from otherwise false and frivolous accusations,” he said in a statement. “Occasionally, the police worn body cameras show a law enforcement error. There is further movement to put cameras in school classrooms. Too often what is really happening in our schools is hidden from parents.”

I’ve introduced legislation requiring House of Representatives leadership to lead a program where members of Congress wear body cameras & share the footage with the public: pic.twitter.com/P2zNcoadjR

“This trend to bring transparency and honesty should also apply to Congress,” he continued, explaining that in the aftermath of the Jan. 6 incursion of the Capitol, “several members of congress made false and defamatory allegations that other members of congress gave ‘reconnaissance tours’ on January 5.”

Do you think members of Congress should wear bodycams?

“Footage from body cameras would be able to rebut such defamation immediately,” said Gosar, who has demanded security footage from Jan. 6 to exonerate members of Congress and non-criminal protesters alike.

“In another instance, a member of congress described a harrowing tale of hiding and being chased, without any witness or documentation of any type in support,” he also noted. “A body camera would demonstrate the confabulation of such a story.”

Some Democratic members of Congress, to whom the breach of the Capitol Building at the hands of angry protesters couldn’t have possibly been more politically expedient, have been criticized for seemingly fabricated or exaggerated accounts of what happened on Jan. 6.

As no elected officials were outfitted with bodycams, we can’t attest to the veracity of any of their claims, but there is no doubt congressional Democrats wasted no time accusing some of their GOP colleagues, including Gosar, of facilitating the attack, claims which have certainly not been substantiated.

Yet regardless of what you think about the Jan. 6 incursion, the legitimacy of the 2020 election, Gosar’s personal politics, or Alexandria Ocasio-Cortez’s account of what went through her head on that fateful day, one thing is perfectly clear: It wouldn’t hurt a single person in this country if it was harder for members of Congress to lie.

Thanks to Liberals, CVS Hit with $39,000 in Thefts Every Day, Then Items Show Up Online

“That’s why today I introduced a resolution to create a pilot program that would require the leadership of the House of Representatives to utilize body-worn cameras and ensure that the cameras are activated while carrying out official business,” Gosar said of his bill. “Footage from the cameras would be shared with the public.”

The resolution would apply to “each Member who is the head of a House leadership office.”

“The lack of transparency in Congress is driving public trust in government to near-historic lows.”

“If the American people were shown more information about what happens in Congress, public trust in our government might improve,” he added.

“The best way to restore that trust is through total transparency and sharing with the American people what really happens in Washington, DC. Less secrecy from our leaders is a good place to start.”