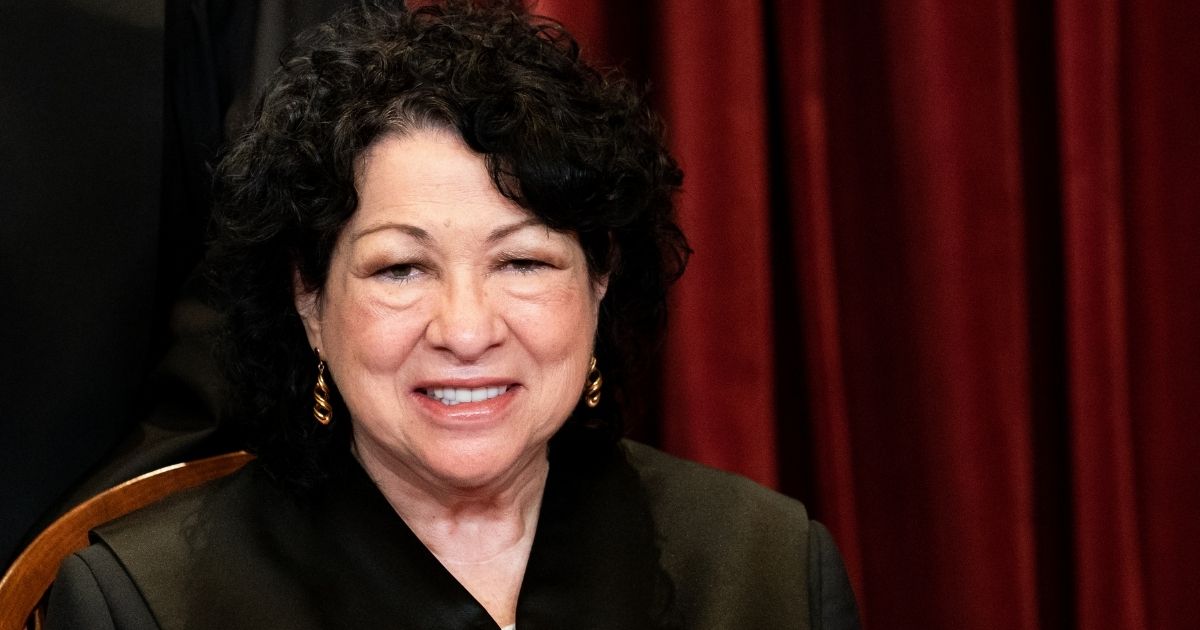 Well, the hot-headed masking debate has reached the Supreme Court and no, I’m not talking about a case.

I mean the justices themselves are apparently stiffly divided over a request from Chief Justice John Roberts to mask up during proceedings on behalf of Justice Sonia Sotomayor.

Sotomayor, who suffers from diabetes, phoned in her last appearance on the bench over associate Justice Neil Gorsuch’s refusal to comply with Roberts’ request, NPR’s SCOTUS correspondent Nina Totenberg reported.

Gorsuch sits next to Sotomayor and has been the only justice to breathe freely while the high court is in session since the omicron surge.

All nine justices are vaccinated and boosted, according to CNBC, and all but Gorsuch have appeared masked on the bench, but it was this last point that reportedly prompted Sotomayor, an Obama appointee, to rig up a mic in her chambers so she could join remotely.

“Sotomayor has diabetes, a condition that puts her at high risk for serious illness, or even death, from COVID-19,” Totenberg reported. “She has been the only justice to wear a mask on the bench since last fall when, amid a marked decline in COVID-19 cases, the justices resumed in-person arguments for the first time since the onset of the pandemic.”

“Now, though, the situation had changed with the omicron surge, and according to court sources, Sotomayor did not feel safe in close proximity to people who were unmasked,” she explained. “Chief Justice John Roberts, understanding that, in some form asked the other justices to mask up.”

All complied — save Gorsuch, who Totenberg describes as a “prickly” Trump appointee who has also in the past, to his apparent shame, characterized what NPR deemed a complex case as “simple.”

Alas, Gorsuch’s “continued refusal” to mask up for Sotomayor’s sake “has also meant that Sotomayor has not attended the justices’ weekly conference in person, joining instead by telephone.”

Is Sotomayor being unreasonable?

Indeed, Sotomayor appeared remotely when she treated the court to a heaping pile of COVID misinformation during oral arguments for the Biden administration’s Occupational Safety and Health Administration vaccine mandate.

As The Washington Post’s fact-checker confirmed and Centers for Disease Control and Prevention Director Rochelle Walensky was forced to concede, the liberal justice’s claim that 100,000 children were hospitalized with COVID-19 was found to be patently false, the real figure being around 3,500.

While fuzzy on her data, Sotomayor was nonetheless firm in her resolve that the vaccines were necessary to stop the spread of the virus — yet she doesn’t appear to have much confidence in her vaccine, booster and mask, or the vaccines, boosters and masks utilized by her colleagues, in light of the fact that she is objecting to exactly one fully vaccinated neighbor on the bench refusing to wear a mask.

I certainly can’t speak to Justice Sotomayor’s mentality, and I hope it is not unfeeling to say this, but I find it very difficult to believe that she was sincerely this afraid of contracting the COVID-19 virus in light of all the measures we know were being taken around her to prevent the spread of the despicable virus.

Doocy Presses Psaki on COVID ‘Misinformation,' But She Refuses to Push Back on Massive Lib Lie

Perhaps she is sincerely this afraid, in which case I have to wonder what it would take to abate her fears, and what COVID mandates would look like in her ideal world (and that of the broader left)?

Are we seriously going to mask up, keep getting boosters, keep life socially distanced and constantly interrupted until there’s not a scrap of potentially deadly virus left in the civilized world?

Where does it end?

On the other hand, I can’t help but entertain the cynical thought that Sotomayor remained in her chambers in a huff because Gorsuch was defiant over Roberts’ request to mask up on her behalf.

Hardly seemly behavior of a professional public servant of her caliber, although perhaps a person of differing views might say the same about Gorsuch. Fine.

If this is the case, it highlights a critical question about Sotomayor and the left’s preferred approach to “ending the pandemic.”

Why does it increasingly seem like they’re more interested in forcing compliance with COVID protocols than they are in the protocols themselves?

One imagines that Sotomayor thinks the nine justice’s vaccines and the eight justices’ masks work, right? I mean, she’d like to see vaccines mandated for millions of Americans — doesn’t she trust in their effectiveness?

This justice is either being huffy and manipulative or she’s truly terrified of contracting the virus, in spite of having mostly masked and totally vaccinated colleagues. Either way, it doesn’t speak well of the mentality of the people who want to force you to comply with measures they don’t seem to have much confidence will actually work to stop the pandemic.

And they wonder why so many Americans are getting sick of listening to them?