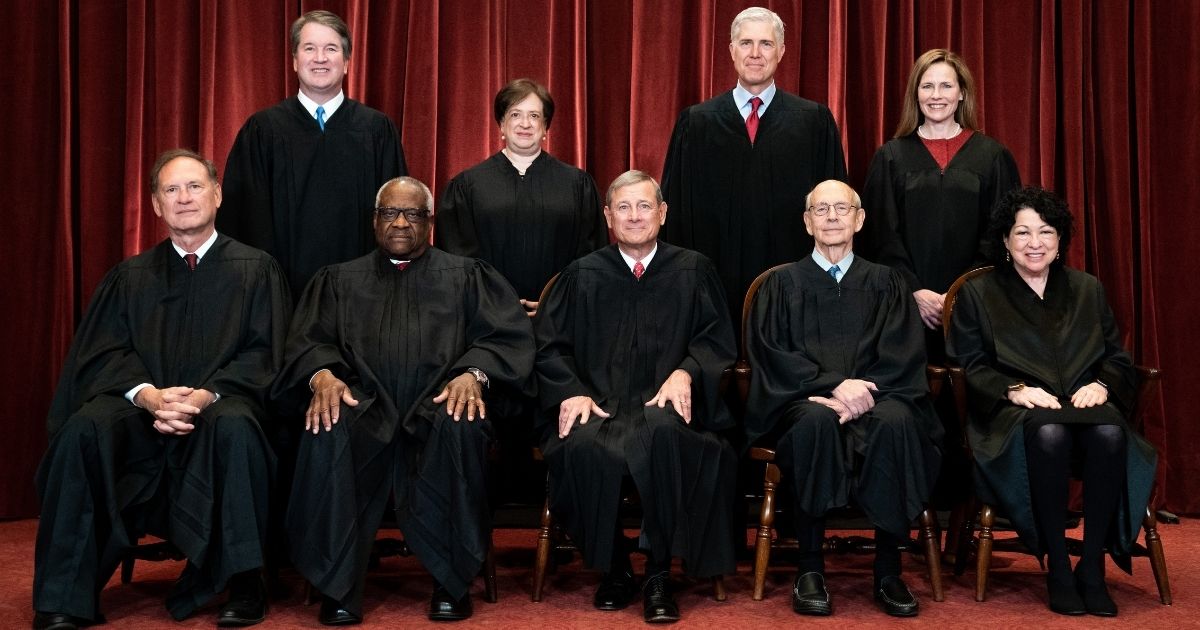 President Joe Biden has had quite a rough week.

His approval ratings hit a record low, Arizona Democratic Sen. Kyrsten Sinema dashed his hopes of ending the filibuster, and his vaccine mandate for businesses with at least 100 employees was struck down by the Supreme Court.

However, despite these many defeats, Biden did have one big victory, and it was handed to him by a 5-4 majority of the Supreme Court on Thursday.

The ruling upheld a COVID-19 vaccine mandate issued through the Department of Health and Human Services’ Centers for Medicare and Medicaid Services for all staff at U.S. nursing homes and other federally funded health care facilities.

Watch: Kamala Harris Gives Answer So Horrifically Bad It's Hard to Believe It's from Real Life

Many conservatives on social media expressed dismay over Kavanaugh’s vote.

Kavanaugh still trying to be liked by the people who tried to ruin him.

During a news briefing on Thursday, White House press secretary Jen Psaki touted the ruling as a big win for the Biden administration.

Psaki went on to tout how far-reaching the order would be, noting that up to 17 million health care workers at 76,000 medical facilities would all be forced to vaccinate lest they be fired.

Not everyone views the SCOTUS ruling on the CMS mandate favorably, however.

Thomas, who wrote the dissenting opinion to the ruling, argued that the government failed to show that it has the authority to impose a vaccine mandate.

Was the Supreme Court right to uphold the CMS mandate?

He further noted that vaccine mandates “fall squarely within a State’s police power … and, until now, only rarely have been a tool of the Federal Government.”

“If Congress had wanted to grant CMS authority to impose a nationwide vaccine mandate, and consequently alter the state-federal balance, it would have said so clearly,” Thomas wrote.

In his summary, Thomas argued that the central issue was the right of an individual to make his or her own health decisions.

“These cases are not about the efficacy or importance of COVID-19 vaccines. They are only about whether CMS has the statutory authority to force healthcare workers, by coercing their employers, to undergo a medical procedure they do not want and cannot undo,” he wrote.

“Because the Government has not made a strong showing that Congress gave CMS that broad authority, I would deny the stays pending appeal,” Thomas wrote.


The Western Journal is pleased to bring back comments to our articles! Due to threatened de-monetization by Big Tech, we had temporarily removed comments, but we have now implemented a solution to bring back the conversation that Big Tech doesn't want you to have. If you have any problems using the new commenting platform, please contact customer support at [email protected]. Welcome back!