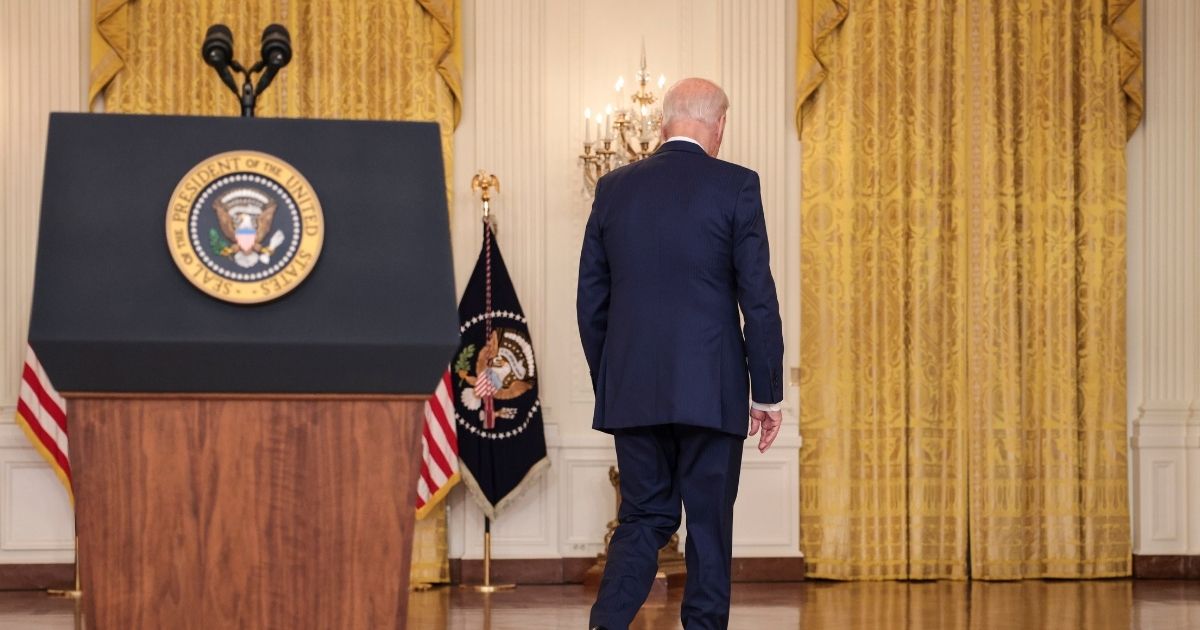 The Biden administration will limit shipments of a life-saving COVID-19 treatment to the red states where it’s needed most — while President Joe Biden complains their governors are playing politics with the pandemic.

In the face of rising demand for monoclonal antibodies, a proven treatment for the virus that prevents serious illness, the Department of Health and Human Services has seized control of its distribution, creating a government bottleneck that will likely delay treatment for sick patients.

According to The Washington Post, HHS will have complete authority to decide where the medication will go beginning this week, including 1.4 million doses the federal government recently purchased for $2.9 billion.

“HHS will determine the amount of product each state and territory receives on a weekly basis,” an anonymous HHS official said, according to the Post.

“State and territorial health departments will subsequently identify sites that will receive product and how much,” he said. “This system will help maintain equitable distribution, both geographically and temporally, across the country, providing states and territories with consistent, fairly distributed supply over the coming weeks.”

Previously, individual states, health care facilities and doctors were able to order the treatment directly from Regeneron and Eli Lilly, which were given emergency authorization to manufacture it.

Patients could opt for an outpatient infusion of the drug or a series of injections administered within seven to 10 days of the onset of symptoms.

The medication had been underutilized but has become more widespread. Seven states — Alabama, Florida, Georgia, Louisiana, Mississippi, Tennessee and Texas — are now using 70 percent of the supply.

Do you think the Biden administration is playing politics with the pandemic?

Biden mentioned two of those states on Thursday in a tweet accusing them of “playing politics.”

“Republican governors in states like Texas and Florida are doing everything they can to undermine the public health requirements that keep people safe. They’re playing politics with the lives of their citizens, especially children. I refuse to give in to it,” Biden said, even as his administration is set to potentially deny those states the amount of medication they require.

Republican governors in states like Texas and Florida are doing everything they can to undermine the public health requirements that keep people safe.

They’re playing politics with the lives of their citizens, especially children. I refuse to give in to it.

In a speech just last week, Biden promised to “increase the average pace of shipment across the country of free monoclonal antibody treatments by another 50 percent.”

When White House press secretary Jen Psaki was asked on Thursday why the administration seemed to be reversing itself, she also blamed Texas and Florida.

“But over the last month, given the rise in cases due to the Delta variant and the lower number of vaccination rates in some of these states — like Florida, like Texas — just seven states are making up 70 percent of the orders,” Psaki added.

When a reporter pointed out that there wasn’t a lack of supply, Psaki asserted that “our role, as the government overseeing the entire country, is to be equitable in how we distribute.

“We’re not going to give a greater percentage to Florida over Oklahoma,” she said, even though that would make sense given the higher COVID-19 rates in the Sunshine State.

Some, like political commentator Christina Pushaw, have seen right through this rhetoric and are calling the move what it is — another tool to divide.

“There’s no national shortage of monoclonal antibody treatment, so there is no reason Florida AND Oklahoma can’t get enough for ALL their patients,” she tweeted Friday. “Unless the reason is to turn Americans against each other.”

There’s no national shortage of monoclonal antibody treatment, so there is no reason Florida AND Oklahoma can’t get enough for ALL their patients.

Unless the reason is to turn Americans against each other.

Commentator Jack Posobiec also made a connection between the new distribution strategy and the political landscape.

“Is Joe Biden deliberately cutting antibody treatments to the South?” he tweeted.

It’s almost as if the Biden administration wants to withhold monoclonal antibodies from Southern states that have refused to fall in line — and that hasn’t escaped Florida Gov. Ron DeSantis’ notice.

“I will fight like hell to overcome Biden’s cruel decision to drastically reduce lifesaving monoclonal antibody treatments for Floridians,” the Republican tweeted. “We’ve seen steep reductions in hospital admissions due to early treatment efforts. It’s wrong to penalize Florida for his partisan bitterness.”

In a video he shared on Friday, DeSantis explained the logistical obstacles now facing providers and patients.

“What the HHS and the Biden administration is now doing is they’re saying that all of the reduced amount [of monoclonal antibodies] will go to the state, and we’re responsible not only for sourcing our sites, which we’re happy to do, but any infusion center, any provider, any hospital will have to come through the state.

“And to just spring this on us starting next week, we’re going to have to do that? There’s going to be a huge disruption and patients are going to suffer as a result of this,” DeSantis warned.

But Biden is out for his pound of flesh, and he doesn’t care how many people get seriously sick with COVID-19 and possibly die — it’s worth it if he gets to take a swipe at DeSantis and other Republicans.

Last week’s address to the nation was dripping with disdain as the president warned those who haven’t been vaccinated that his “patience is wearing thin.”

But Biden has finally peeled off the thin veneer of concern for public health to show that he simply can’t stand those who don’t follow orders and have the temerity to disagree with his highly politicized solutions to the pandemic.

Now his administration has codified that hatred into a policy that could very well cost lives.

Leftists have routinely gone after red states with low vaccination rates, publishing hit pieces on the unvaccinated peasants while turning a blind eye to Democratic elites attending a potential superspreader event in a blue state.

The only saving grace is that Republican governors like DeSantis and Greg Abbott of Texas are pushing back against the tyrant in the White House while swatting down his minions in the federal government and the establishment media.

It’s difficult to deny that Democrats have been playing politics with the pandemic all along, but at least it has been a useful way to separate the political wheat from the chaff — and that’s a valuable thing with midterm elections just around the corner.