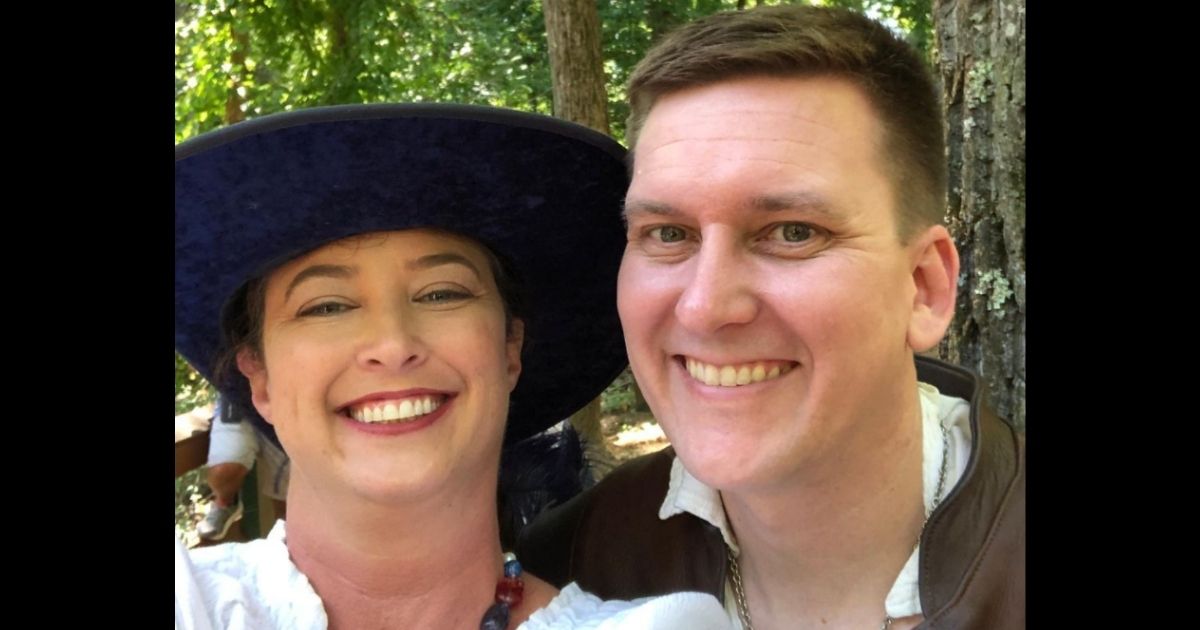 In a fitting encapsulation of today’s unhinged left, the wife of a Navy nuclear engineer who was allegedly committing espionage against the United States turned out to be a rabid anti-Trump leftist.

Diana Toebbe is a vocal supporter of Black Lives Matter and the left-wing “Resistance” movement who was obsessed with “stopping Donald Trump,” according to prescient social media rants uncovered Tuesday by the Daily Mail.

On Saturday, Diana and Jonathan Toebbe were arrested in West Virginia by the FBI and the Naval Criminal Investigative Service after allegedly trying to sell nuclear submarine secrets to an undercover FBI agent posing as a representative of a foreign power.

The couple apparently schemed to sell out the United States back in April 2020, when Trump was president.

“For almost a year, Jonathan Toebbe, 42, aided by his wife, Diana, 45, sold information known as Restricted Data concerning the design of nuclear-powered warships to a person they believed was a representative of a foreign power,” the Justice Department said in a news release on Sunday.

“In actuality, that person was an undercover FBI agent. The Toebbes have been charged in a criminal complaint alleging violations of the Atomic Energy Act.”

Jonathan Toebbe, who worked as a nuclear engineer in the Naval Nuclear Propulsion Program, had top-secret security clearance that gave him access to confidential military secrets.

The DOJ said its sting operation caught the Toebbes trying to sell this information to a foreign government via a memory card at a “dead drop” location arranged by an undercover FBI agent.

The department has not specified the exact motive behind the Toebbes’ alleged espionage plot.

However, it clearly could be related to Diana Toebbe’s history of vitriolic Trump hatred.

She and her husband apparently would have been paid only $100,000 to peddle nuclear secrets. That’s really not a huge profit motive to sell out your country. It seems like they must have had another reason for the alleged deeds.

A 2016 Facebook post on Diana Toebbe’s account showed a sinister photo of herself smiling with the slogan “Women Can Stop Trump” scrawled in capital letters across the picture.

Another post showed a photo of a women’s march in 2019 that urged followers to “stay angry” and fight.

In January 2017 (shortly after Trump was inaugurated), Toebbe retweeted a post with the anti-Trump hashtags “#Resist” and “#TheResistance.”

Before committing espionage, Toebbe taught history and English at the Key School, a liberal private school in Annapolis, Maryland.

Former colleagues and friends told the Daily Mail that Toebbe was very liberal and an avid feminist.

Craig Martien, a former student, said she was enraged by Trump’s 2016 election and vowed to move to Australia because he was president.

“She said she couldn’t stand the current state of politics and actually had found some job opportunities over there,” Martien told the outlet.

Neighbors told WJLA-TV in Washington that the Toebbes weren’t friendly and displayed a Black Lives Matter sign in their front yard.

The head of the Key School, where Diana Toebbes worked for the past 10 years, sent a letter to parents this week expressing alarm at the espionage charges against the couple.

“Like all of you, we were shocked and appalled to learn of their arrest and the charges filed against them,” Matthew Nespole wrote, according to WJLA.

“In the strongest terms possible, we condemn their alleged behavior. It goes against the values we stand for as a school and the example we must set for our students. Diana Toebbe has been suspended from Key School indefinitely pending the outcome of the investigation.”

Today’s left will go to any length to try to destroy America, whether it means flooding the country with illegal aliens, emboldening nationwide crime waves, demonizing one race, decimating the economy or selling top-secret military intel to foreign adversaries.