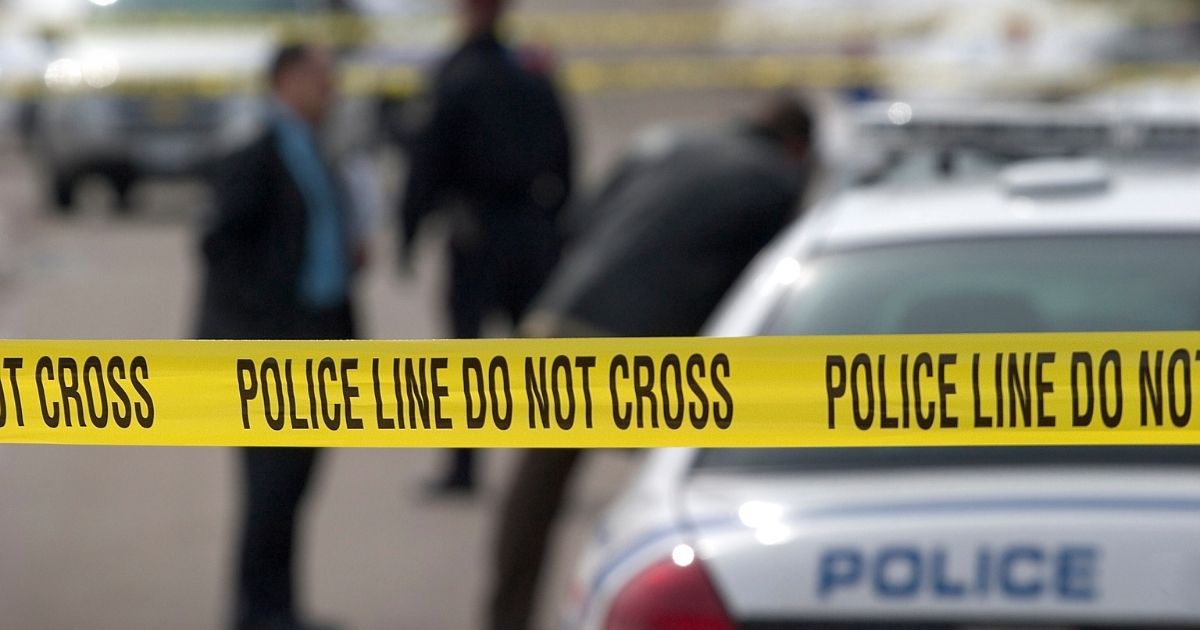 Kicking in the door to a private residence in the middle of the night can be dangerous. The reasons are obvious. Kicking in a door in response to a TikTok challenge is stupid. Dangerous and stupid can get you killed.

Young people are kicking in doors, some hard enough to burst them open, while listening to the song “Die Young” by Kesha, according to a report by Fox News. They then share videos of the prank on TikTok.

“Stupid is as stupid does,” as Forest Gump famously said.

Do these young people have a death-wish, or are these actions merely the outcome of the dumbing down of America by means of social media?

Petaluma Police Department’s Jennifer Pritchard warned that people unfamiliar with TikTok could take someone kicking in their door as “real life or death situation.” The participants “don’t know which door” they’re about to kick, Pritchard said. They also don’t know how people behind the door might respond a perceived home invasion.

“When people think their home or their family is threatened, they are going to give an equal response to protect their property or family,” Pritchard told Fox.

When I was a kid, the trend in pranks was something called ding-dong ditch in which a merry prankster rang the doorbell of a stranger’s home and then ran away. This sounds relatively harmless compared to kicking in someone’s door. It’s not.

In January 2020, a California man was accused killing three teen boys by driving into their car, according to CNN.  The accused man, Anurag Chandra, 42, went after the teens after they ding-dong ditched his home.

The ding-dong has been replaced by the bang-bang of doors being kicked.

According to Pritchard, the door-kicking challenge has moved off schools and college campuses, where it began, into residential neighborhoods. Two 911 calls have recently been called in from residents in the Petaluma area.

One incident was caught on a home surveillance camera. It showed a door being kicked hard enough that the home needs hundreds of dollars in repairs, according to Pritchard. That’s a lot of damage compared to a wayward ding-dong.

“There are felonies or misdemeanors involved when there’s property damage. We don’t want these consequences to occur,” Pritchard said, according to Fox.

TikTok told Fox News in September that it does not allow content that “promotes or enables criminal activities,” according to the site’s Community Guidelines. Property damage is a crime. So is assault.

In another TikTok challenge, students were encouraged to slap their teachers.

After Claim About Trump in New Book, Bette Midler Says He Should Be Hit with Outrageous Charge

To complicate matters, people are edge these days. They are buying guns. A lot of them. They have been for awhile.

In March, 2020, for example, Gabriel Vaughn of Sportman’s Arms in Petaluma, California, told KTVU, “I’ve sold 12 handguns in two hours. People who tell me that they don’t like guns, but they’re here to begrudgingly buy one, and if it makes somebody feel safe and they’re legal to own one, then sure.”

Do you think trends like this put people in unnecessarily dangerous situation?

Ammo sales are on the rise, too.

Talk about a recipe for disaster. Imagine someone being yanked from sleep in the middle of the night by the front door being kicked. Having recently purchased a shotgun out of fear or roaming criminals, the homeowner arms himself and walks into the living room. The door bursts open, and the homeowner, new to guns, points and shoots out of fear for his family.

The would-be prank is now a tragedy. Some lives are needlessly lost, others forever changed.

Several years ago, I was living in a house in southwestern New Mexico. The house was out in the desert. One night I was awakened by a ruckus outside. I grabbed my trusty .357 magnum, told my wife to stay put and went to investigate.

The front door burst open as I walked into the living room. Several men tumbled into the dark room.

I fired a round into the ceiling. The men fled into the night. Authorities told me later that it had something to do with a drug deal gone wrong and the men had dropped their firearms in a ditch near my driveway.

I’ve been around firearms most of my life. Otherwise, I might have panicked and shot into the intruders that night. I was told I wouldn’t have been in trouble with the law if I had.

My wife has never been partial to guns. She still isn’t. I remind her it’s better to have a gun and not need one, than to need a gun and not have one. She agrees, whether she like guns or not.

People have a God-given right to protect themselves.

Pranksters beware: Kicking the doors of strangers is a dangerous way to have fun. The people on the other side of the door cannot read your mind.

Is participating in a prank trending on social media worth your life? Do you really want to die young?