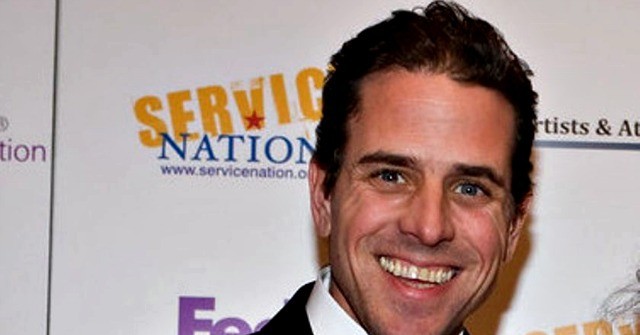 “Just because the first time you ever go about it is the idea that someone is attracted to your art, let alone they would pay something for it,” Hunter added.

“Mom and Dad and Melissa, who think everything I do should be put in the National Gallery,” Hunter revealed the thoughts of the presidential family on an art podcast.

“That’s what it’s about,” Hunter continued to praise himself about reaching investors to sell his art. “Is to have the courage to kinda go out there and do that, and, you know, I could just stay my studio and paint for myself, and, ahhh, and, and, and I ultimately do do that.”

“But it’s kind of, ummm, exciting to know that there’s [an] audience, and for that audience to be able to have their own interpretation of what your painting means to them,” he explained. “I think it’s a great thing for an artist.”

Breitbart News reported July 26 that Hunter Biden’s art dealer Georges Bergès planned in 2015 to be the “lead” Chinese art dealer, just as President Joe Biden’s son brokered deals with Chinese officials and made tens of thousands of dollars each month serving on the board of Burisma in 2014.

“My plan is to be the lead guy in China; the lead collector and art dealer discovering and nurturing talent from that region,” Bergès stated in 2015. “I plan to find and discover and bring to the rest of the world those I consider China’s next generation of modern artists.”

“China’s economy is transforming the global economy and everything is changing because of a rising China,” Bergès said regarding China’s impact on the art world.

“Cultural power is real power. That is the reason America continues to be the capital of the world, because of its influence on culture for generations and on an unrivaled global level,” Bergès said. “And I think more and more the Chinese are beginning to understand that cultural innovation will power their future cultural influence across continents.”

Bergès also acknowledged in 2014 that he travels to Communist China “three or four times a year” and that, at the time, he had a “solid group of about 25 collectors, most of them overseas.”

Bergès business dealings with Communist China is concerning due to Hunter’s past work as his father served as vice president — making deals with Chinese officials and cashing in tens of thousands of dollars per month serving on the board of Burisma, a Ukrainian oligarch-owned oil and gas company, despite having no experience in the energy sector.

President Joe Biden later bragged about threatening to withhold aid from Ukraine unless officials fired the prosecutor conducting a corruption investigation into Burisma. But instead of making the transactions more transparent, the White House is hoping to strike a deal to make buyers of Hunter Biden’s artwork, which is expected to sell for up to half a million dollars, anonymous.

But Bergès and his art gallery have a troubled past. Reportedly sued for fraud and breach of contract in 2016 by an investor in his gallery, Bergès filing for personal bankruptcy in 1998 before being arrested in California, and “charged with assault with a deadly weapon and ‘terrorist threats,’ according to public records from the Santa Cruz Police Department.”

Bergès’ links to Communist China, along with his shady past, will not deter Bergès from marking the price tags for Hunter’s “artwork” while withholding “all records, including potential bidders and final buyers.”

Bergès “has also agreed to reject any offer that he deems suspicious or that comes in over the asking price, according to people familiar with the agreement,” the Washington Post reported.

Not everyone is on board with Hunter’s scheme. Breitbart News senior contributor and Profiles in Corruption author Peter Schweizer told Breitbart News the proposal as an utterly “absurd” solution.

“The only way to address these issues is with greater transparency–not less,” he explained. “Their proposed solution is greater secrecy, not transparency. And they are essentially saying ‘Trust Us.’ Joe and Hunter Biden’s track record on such matters gives us no reason to trust them.”