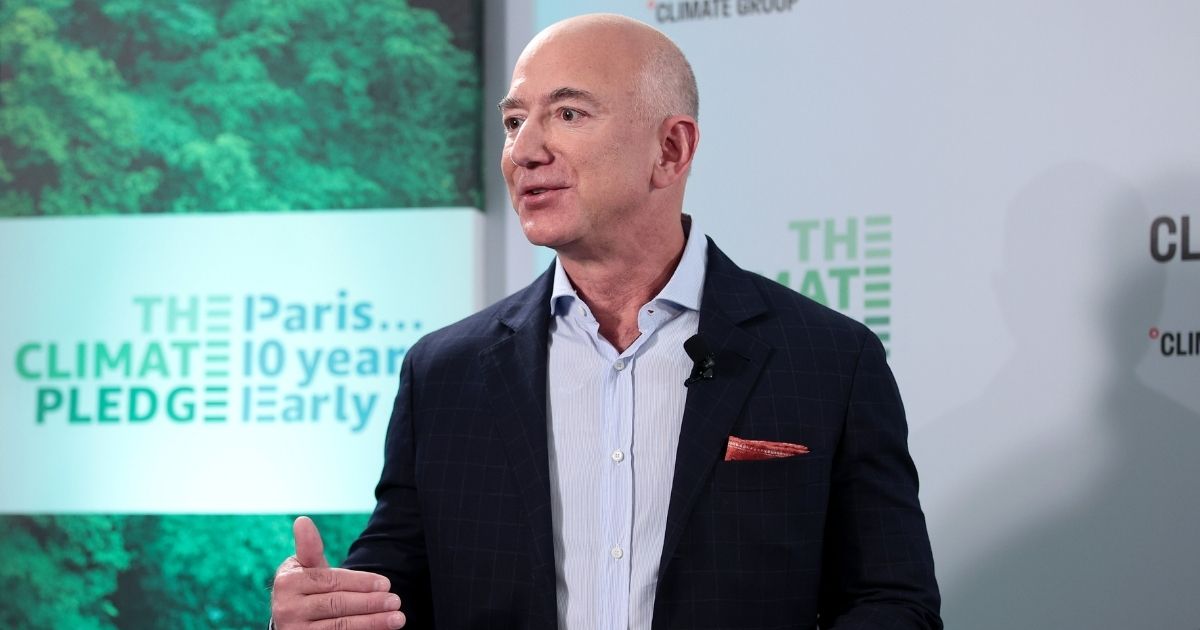 NASA’s plans to go to the moon are reportedly being held up by billionaire Jeff Bezos’ lawsuit against the agency, which was filed after his company was passed over in the competition to build the lander that will be used to put astronauts back on the lunar surface.

The saga began in April when Blue Origin, the company Bezos created for space-related business, had to take a back seat to Elon Musk’s SpaceX, which received a $2.9 billion contract to assist NASA with the design and production of the lander, according to NPR.

Bezos filed a complaint with the Government Accountability Office in July, along with information technology company Dynetics, claiming that the decision to work solely with SpaceX could lead to one firm having “insurmountable leverage over NASA.” However, the GAO rejected the complaint.

Blue Origin then filed a lawsuit against NASA itself.

If you like space, there’s even more reason to hate the space billionaires.

NASA wanted to go back to the moon by 2024, but now that might be delayed because Jeff Bezos’ Blue Origin is suing the space agency over a contract he’s angry went to SpaceX. https://t.co/WGkm40wdnn

Video Shows Al Sharpton Forced to Shut Down Border Press Conference When Protesters Descend: ‘Get Out of Texas'

And that has meant that the plans to reach the moon are going nowhere, according to Quartz.

“If you have a coin, you can flip it as to what’s going to happen in the legal wrangling that’s going on right now,” Nelson said Tuesday at a news conference, according to Futurism.com.

Has Jeff Bezos become too arrogant?

“What is the federal judge going to decide? When is he going to decide? What [are] the further legal possibilities about that? And once we know better about things like that, then we can answer on Artemis III, and then after that Artemis IV,” he said, using NASA’s official name for the next two missions to the moon, which are viewed as part of a long-term strategy of manned missions to Mars.

NASA reportedly wanted to have two contractors involved in the projects, but said it only was granted enough money for one.

Blue Origin said NASA made an unsafe choice, according to CNBC.

“Historically a staunch advocate for prioritizing safety, NASA inexplicably disregarded key flight safety requirements for only SpaceX, in order to select and make award to a SpaceX proposal that assessed as tremendously high risk and immensely complex, even before the waiver of safety requirements,” the company said in its suit.

Commentator Mark Whittington wrote in an Op-Ed for The Hill that Bezos might delay NASA, but he has failed to do more.

“The problem is that Blue Origin has more resembled a legacy aerospace company like Boeing or Lockheed Martin than the swashbuckling, risk-taking ‘new space’ firms like SpaceX,” he wrote.

“Blue Origin has been, thus far, slow and plodding, an approach that minimizes risk but also the possibility of success. All the money in the world will not suffice to make Bezos into a true Space Baron unless he reinvents Blue Origin.”

Whittington said Bezos must learn from his rival if he wants to succeed.

“Jeff Bezos may despise Elon Musk. But Musk has provided the formula for success in the coming age of commercial space. Bezos needs to take some risks, blow some rockets up and push past the edge of the envelope. Thus, he may yet snatch victory from the jaws of defeat,” he wrote.