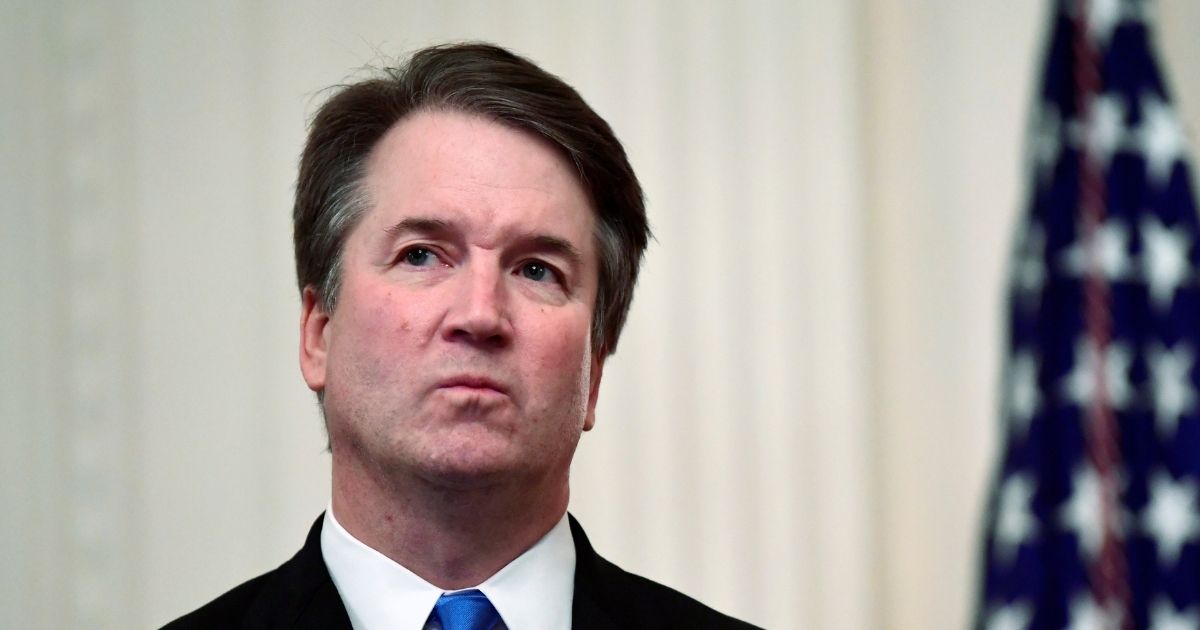 Justice Brett Kavanaugh perhaps offered a tell Wednesday regarding his willingness to overrule Roe v. Wade during oral arguments in a case challenging a Mississippi law that bans abortions after 15 weeks of pregnancy.

In Dobbs v. Jackson Women’s Health Organization, the justices are considering whether the state’s Gestational Age Act violates the U.S. Constitution as interpreted in the seminal 1973 case Roe v. Wade.

One of the central arguments being made by those who want the U.S. Supreme Court to rule the Mississippis law unconstitutional is the precedent set in Roe and reaffirmed in Planned Parenthood v. Casey in 1992 should remain the law of the land.

Kavanaugh noted during oral arguments that the court has been willing to overrule many precedents in the past.

Justice Kavanaugh asks why overturning Roe v. Wade would not be in keeping with “the most consequential cases in the country’s history” — including those establishing racial equality, Miranda rights, and marriage equality — that all “overruled precedent.” pic.twitter.com/gSSomaqHVq

“You think about some of the most important cases, the most consequential cases in this court’s history, there’s a string of them where the cases overruled precedent,” Kavanaugh said.

He then rattled off a list of eight of them, including Brown v. Board of Education (1954), which overruled the “separate but equal” ruling established in Plessy v. Ferguson (1896) allowing segregated facilities based on race.

Miranda v. Arizona (1966) required police to give warnings about the right to remain silent, and Gideon v. Wainwright (1963) guaranteed the right to counsel.

Should Roe v. Wade be overturned?

Additionally, Lawrence v. Texas (2003) overruled the 1986 case Bowers v. Hardwick, in which the justices had found the Constitution was silent on the matter of same-sex relationships.

“In each of those cases, and that’s a list and I can go on, and those are some of the most consequential and important in the court’s history, the court overruled precedent,” Kavanaugh said.

“If we think that the prior precedents are seriously wrong … why then doesn’t the history of this court’s practice with respect to those cases, tell us that the right answer is not actually a return to the position of neutrality and not stick with those precedents in the same way that all of those other cases didn’t?” the justice asked.

Justice Sonia Sotomayor later sought to draw a distinction between the cases Kavanaugh listed and the present decision the court faces whether to uphold Mississippi’s ban on abortions after 15 weeks.

“Of all of the decisions that Justice Kavanaugh listed … except for maybe one, involved us recognizing and overturning state control over issues that we said belong to individuals,” she said during a back-and-forth with the Biden administration’s Solicitor General Elizabeth Prelogar.

“All of the decisions that Justice Kavanaugh listed … involved us … overturning state control over issues that we said belong to individuals.” pic.twitter.com/622dsqL7Px

“I think that that is a key distinction with the list of precedents that Justice Kavanaugh was relying on,” Prelogar said.

“I think that there are really two key distinctions. And the first is that in the vast majority of those cases the court was actually taking the issue away from the people and saying that it had been wrong before not to recognize a right. I think that matters because it goes straight to reliance interests,” she added.

Prelogar further argued that if the court were to uphold the Mississippi law it would be telling the women of American “the ability to control their bodies and perhaps the most important decision they can make about whether to bring a child into the world is not part of their protected liberty.”

Chief Justice John Roberts, while questioning Center for Reproductive Rights director Julie Rikelman, highlighted the issue before the court is not whether states completely banning abortions is a violation of the Constitution, but whether doing so after 15 weeks is.

Oh snap! Justice Roberts on sharing abortion law with North Korea and China not being a good thing. pic.twitter.com/hqY7XI8WP0

“I’d like to focus on the 15-week ban because that’s not a dramatic departure from viability,” he said. “It is the standard that the vast majority of other countries have.”

The Supreme Court stated in both Roe and Casey that the viability of the unborn child outside the womb is a “critical fact” states can weigh in establishing abortion law. Babies are considered viable during the third trimester of the pregnancy at 24 weeks or later.

Roberts offered viability is a pretty low standard that the justices in Roe created arbitrarily.

“When you get to the viability standard, we share that standard with the People’s Republic of China and North Korea,” he said.

Chief Justice Roberts asks why 15 weeks is an inappropriate line. Says it’s not a dramatic departure from viability, saying it’s what a vast majority of other countries have. He notes China and North Korea join U.S. in abortion on demand. #DobbsvJackson #SCOTUS

“And I don’t think you have to be in favor of looking to international law to set our constitutional standards to be concerned if those [countries] that share that particular time period [of viability outside the womb].”

If the justices were to overturn Roe, abortion law would become a matter for the states to decide again.