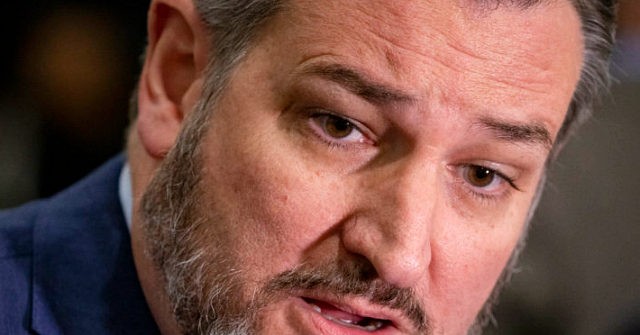 On Wednesday’s broadcast of the Fox News Channel’s “Faulkner Focus,” Sen. Ted Cruz (R-TX) said Special Presidential Envoy for Climate John Kerry “is the customer of the year for Chinese concentration camps.” And that the Democratic Party “is structurally pro-China.”

Cruz said, “The Democratic Party, Joe Biden has shown weakness to China. Now part of that is structural. The Democratic Party is structurally pro-China. Their major supporters, big business, big tech, big Hollywood, big universities are all in bed with China. And so, the Democratic Party — I introduced an amendment on the floor of the Senate to prohibit the Biden administration from importing any goods, and in particular electric vehicles or solar panels made with slave labor in concentration camps in China. Every single Democrat except Joe Manchin voted against that. It failed on basically a party-line vote. Because the Democrats — John Kerry when he was asked about Chinese slave labor, he said that’s not my responsibility. John Kerry is the customer of the year for Chinese concentration camps. And he ought to be ashamed, Biden ought to be ashamed. We are literally spending hundreds of millions of dollars of U.S. taxpayer money to fund the concentration camps where over a million Uyghurs are in prison and it’s shameful.”