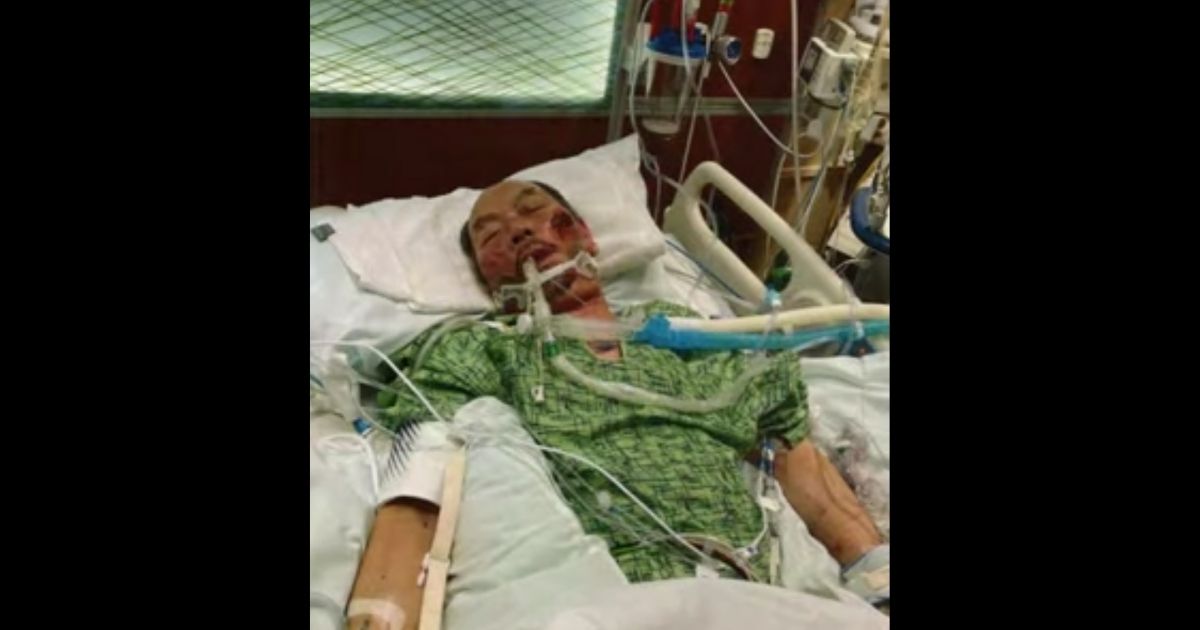 A man dying of COVID-19 in a Naperville, Illinois, hospital has recovered after a judge ordered him to be treated with ivermectin, his lawyer said.

Sun Ng got the drug despite ongoing attempts by Edward Hospital to prevent him from receiving it, the man’s attorney told WFLD-TV.

Sun, 71, traveled from Hong Kong to the U.S. to visit his daughter and family as they celebrated the first birthday of Sun’s granddaughter, The Epoch Times reported. Contracting COVID, he entered the hospital on Oct. 14.

His condition declined and within days he was placed on a ventilator, while the hospital treated him with remdesivir — a controversial drug being used, with questionable FDA approval, to treat COVID.

Remdesivir has shown some effectiveness in reducing reduce the length of time one is sick with COVID, but has not effectively reduced the death rate, according to the New England Journal of Medicine.

Sun’s daughter, Man Kwan Ng, has a doctorate in mechanical engineering; she did her own research and came to the conclusion that her father should be given the medicine being resisted by the medical establishment: ivermectin.

According to the Ng’s family attorney, Kirstin Erickson, Edward Hospital said no to Man Kwan’s request, and refused a physician willing to administer ivermectin access to the family.

So Man Kwan sued in the Circuit Court of DuPage County and on Nov. 1, Judge Paul Fullerton issued a temporary restraining order requiring the hospital to allow ivermectin to be administered to Sun.

Should ivermectin be considered a mainstream COVID treatment?

The hospital refused to comply.

Meanwhile, Sun was described by one physician as “basically on his death bed” with no more than a 15 percent chance of recovery, according to testimony in a Nov. 5 court hearing, The Epoch Times reported.

Describing the testimony, Fullerton said risks of possible side effects from ivermectin — dizziness, itchiness and diarrhea — “are so minimal that Mr. Ng’s current situation outweighs that risk by one-hundredfold.”

The hospital again refused to comply, saying Bain could not be granted temporary hospital privileges ordered by the judge because Bain was not vaccinated for COVID and the hospital’s chief medical officer was not available to oversee the administering of the medication.

Watch: Biden Gives Speech So Bad It Has Tons of People Wondering What Is Going on with Him

Through her lawyers, Man Kwan filed an emergency report with Fullerton’s court on Nov. 8.  The judge issued an admonishment to the hospital and told them Bain — who presented proof of not having COVID — must be allowed in the hospital for 15 days to treat Sun.

The hospital filed to stay the order but Fullerton denied the motion and ordered compliance.

Upon receiving ivermectin, Sun showed improvement literally overnight, according to Erickson. “Today, he passed a breathing test that he hadn’t been able to pass in the last three weeks and he looked more alert and aware,” she told WFLD.

Regarding ivermectin, Erickson said, “It’s really important because it’s a lifesaving measure and there’s almost no downside to it.”

Apparently, the ivermectin was so effective that on Saturday, Sun was discharged from the hospital.

“My father is a tough man,” Man Kwan told the Epoch Times. “He was working so hard to survive, and of course, with God’s holding hands.

“He weaned off oxygen about three days after moving out of the ICU. He started oral feeding before hospital discharge. He returned home without carrying a bottle of oxygen and a feeding tube installed to his stomach,” she continued.

“He can now stand with a walker at the bedside and practice stepping. After being sedated for a month on a ventilator in ICU, his performance is beyond our expectations. Praise the Lord.”

Erickson told WFLD that Bain has given ivermectin to other patients, including, despite hospital objections, to a woman on a ventilator in a facility within the same hospital group as Edward Hospital.

“And she walked out of the hospital and she’s alive today,” Erickson said.

“And that’s the power of ivermectin. This isn’t about villiainizing the hospital, this isn’t about red or blue, this is about saving lives. And vaccination status, you know, when someone’s on their death bed, that’s irrelevant.”

Asked by WFLD about pressures on the Ng family during the ordeal, Erickson said, “ It’s been really hard for Man Kwan — she’s here alone with her husband, she’s an only child and her father came over from Hong Kong just to celebrate her daughter’s birthday, so it’s been really, really hard on her.”

“But we’re Christians here at Mauck & Baker [law firm], she’s a believer and we believe God’s on the move and healing her father.”

Like Edward Hospital — which, citing privacy issues, has refused comment on the Sun Ng case — the medical establishment has resisted the use of ivermectin, resorting to debunking its effectiveness and safety, mocking its use and even threatening licenses of doctors.

The answer, according to the establishment, is treatment similar to what they gave Sun, or the use of mRNA vaccines of which some have questioned the efficacy and safety.

But despite ongoing pressure and draconian censorship, alternate opinions and evidence leak out, and learning those things in a literal life-and-death fight, the Ng family has more things to celebrate as they enter the Christmas season.

And there’s a lesson from Man Kwan: Do your own research.

A personal disclosure: Although not admitted to the hospital, I was diagnosed with COVID in March. While I felt too sick to comprehend it, my wife noted immediate improvement to my symptoms after she, a retired nurse in consultation with my physician, administered to me ivermectin. Then, after several weeks of severe fatigue, I was glad to be fully recovered.