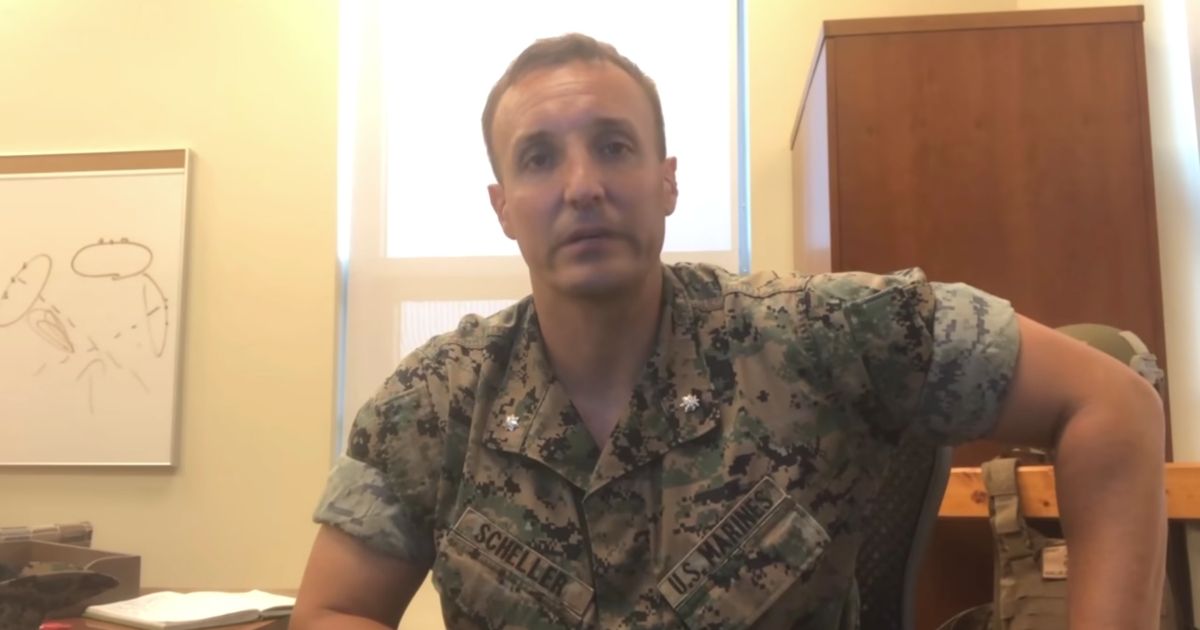 Marine Lt. Col. Stuart Scheller will plead guilty to the charges against him at his Thursday court-martial, according to one of his lawyers.

Scheller will seek to have an honorable discharge from the service, attorney Tim Parlatore said, according to The Washington Post. The officer made headlines after publicly criticizing his superiors during the U.S. military’s withdrawal from Afghanistan in August.

Parlatore said some details of a pretrial agreement are “still up in the air.”

He added that Scheller will not run from the consequences of his actions.

“He would be an absolute hypocrite if he did not plead guilty because if you are going to demand accountability from others, you have to be willing to stand up and accept accountability for yourself,” the lawyer told CBS News.

“This case began with a call for accountability and Lt. Col. Scheller will demonstrate to senior leadership how to accept accountability for his own actions,” Parlatore added in an interview with The Hill.

“The real big question that remains is whether all the very important messages that he brought out will be adopted because, while the Marine Corps leadership can sit there and say” Scheller should not have gone public, “nobody is saying that he said anything that was untrue,” he said.

Scheller made a video criticizing senior military leaders on the same day that 13 service members were killed in Kabul. He followed that up with social media posts even after being told to stop posting. He was initially confined to the brig at Camp Lejeune in North Carolina but was later released.

Multiple Republican members of Congress have supported him, and a fund to defray his legal costs and support his family should he lose his military pension has topped $2 million.

“Our hope is for him to get a letter of reprimand, and no more,” Parlatore told the Post.

He added that Scheller experienced an “emotional roller coaster” after his first video went viral.

“There is no question that there is some severe emotional distress throughout, and he definitely went to some very dark places,” Parlatore said. “This is unfortunately not uncommon for a lot of the veteran community.”

Parlatore said the deaths of the Americans in Kabul were particularly gut-wrenching for Scheller.

“When 18-year-old kids go off to infantry school and then they go to bootcamp, they were under him,” Parlatore told CNN. “So he sees these kids really turn into warriors and oversees that process, and then what happened in Kabul is in some ways like a parent watching their kid in a car accident that they know is avoidable.”

Attorney Tony Buzbee, who is also representing Scheller, said the court should allow Scheller to leave the service honorably, according to The Daily News of Jacksonville, North Carolina.

“I think that even if the court technically believes that any of those charges are sustainable, I think any sort of sentence should be nothing but let him leave the Marine Corps,” Buzbee told the paper.

“All that Lt. Col. Scheller has wanted from the beginning was to be able to resign,” he said. “He has already lost his command, he lost his job, he lost his health care, he lost his retirement. … Hopefully there is some compassion on the part of the Marine Corps in understanding that this does not make anybody look good.”

Transportation Sec. Buttigieg Tells Americans to Get Used to Shipping ‘Disruptions and Shocks to the System’