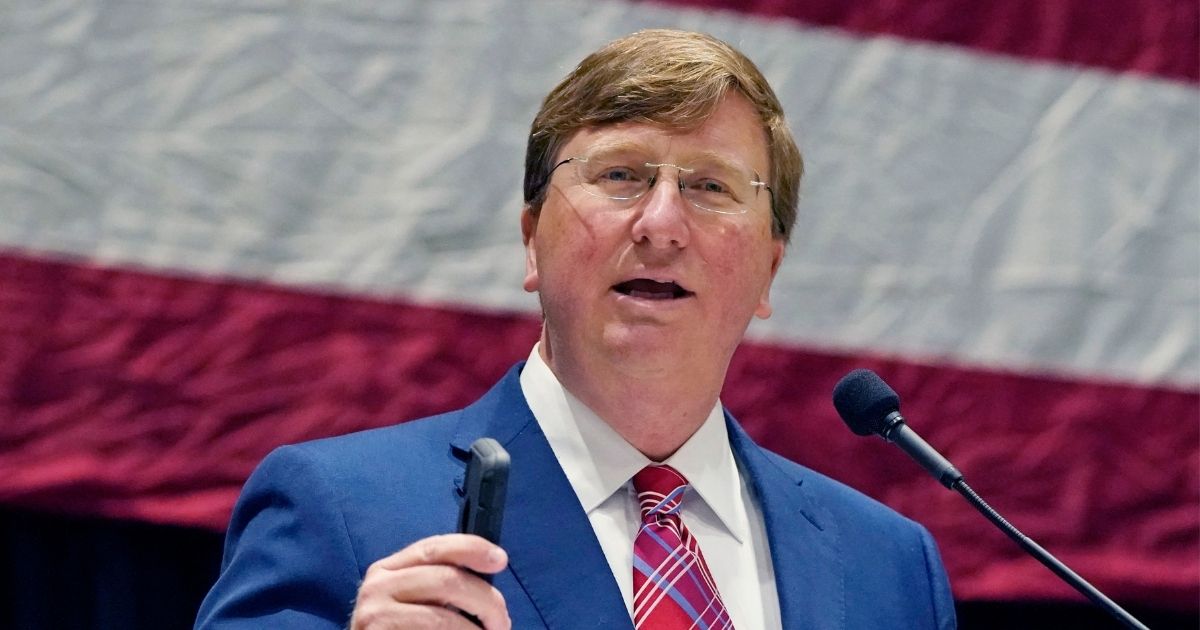 The court heard arguments last week on a ban on abortions after 15 weeks.

During Wednesday’s oral arguments, Chief Justice John Roberts said the Mississippi law was not a “dramatic departure” from viability as determined by past court rulings, according to the Washington Post, which claimed that the court “is on the verge of a major shift in its abortion jurisprudence, and is likely to uphold a Mississippi law that mostly prohibits the procedure after 15 weeks of pregnancy.”

Reeves joined CNN’s Jake Tapper on Sunday on the show “State of the Union” to discuss the hot-button topic.

Reeves began by talking about the law before the court.

“This has been a watershed moment in American history over the last week, as this case that many of us in the pro-life movement have hoped would come before the court for many years, and we actually had oral arguments on Wednesday,” he said, according to CNN.

“And, clearly, the questioning by a number of the justices led many people across America, and particularly journalists, to opine that they were looking very favorably on upholding the case, the Dobbs case, the Mississippi case. And that’s certainly a favorable outcome for us,” he continued.

Are you glad there are leaders like Tate Reeves?

Reeves said he will await the court’s actions.

“And the commentary around the oral arguments on Wednesday certainly give people like me who hope that they do both of those things some reason for optimism.

“But, again, I have watched enough court cases to know that just because a particular judge or particular justices ask certain questions doesn’t mean that’s necessarily how they’re going to rule,” he said.

Tapper then asked about the Mississippi law on the books that would ban most abortions if Roe V. Wade is overturned.

“If, in fact, Roe is overturned — and, by the way, I believe very strongly, as do many Americans, that the justices on the Supreme Court today could look at the Roe v. Wade case and come to the conclusion that the court just simply got it wrong in 1973,” Reeves said.

Reeves said overturning Roe v. Wade would allow states to set their own standards, not wipe away any access to abortion anywhere.

“And, after all, that’s really what the founding fathers intended. For any issue that is not explicit in the Constitution, it should be left to the states and the state legislatures and the democratic process,” he explained.

“And so I just want to make sure everyone is clear that, if Roe v. Wade is overturned, that doesn’t mean that no one in America is going to have access, although that might make people like me happy.

“But what it does mean is that all 50 states, the laboratories of democracy, are going to have the ability to enact their own laws with respect to abortion. And I think that’s the way it should be in America,” he said.

The governor added that “if you believe, as I believe very strongly, that that innocent unborn child in the mother’s womb is, in fact, a child, the most important word when we talk about unborn children is not unborn, but it’s children. And so, yes, I will do everything I can to protect the lives of those children.”

He noted that “since Roe was enacted in 1973, there have been 62 million American babies that have been killed through this process. And I think that those babies in their mother’s womb don’t have the ability to stand up for themselves. And that’s why they have to have people like me and others around this nation that, for years, have tried to stand up for unborn children.”

Reeves later stated, “when you look at that unborn baby in the womb and you consider it a human being, it really changes your perspective on lots of different things.”