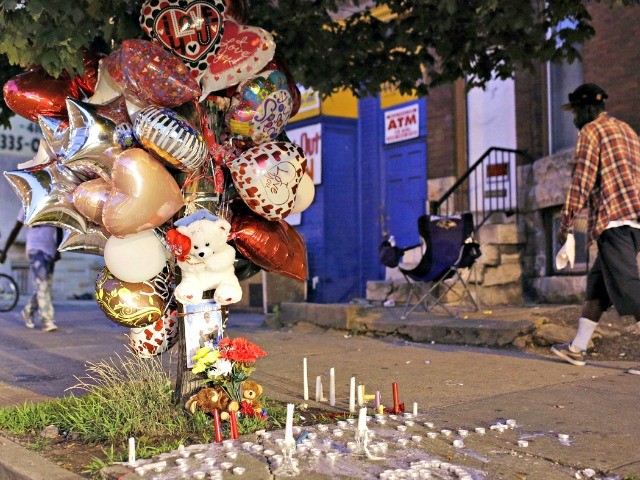 Murder has increased 16 percent across major U.S. cities during the first half of 2021 when compared to the same period in 2020, and by 42 percent when compared to 2019, according to a Thursday update to the Council on Criminal Justice’s (CCJ) pandemic crime report.

“This report updates our previous studies of crime changes during the COVID-19 pandemic, extending the data through the first half (January-June) of 2021,” the CCJ explains.

The CCJ noted that the crime data was obtained from online portals of city police departments, which have provided weekly updates. From there, offense counts were converted to weekly crime rates per 100,000 city residents for analysis.

The 29 cities examined in the current study range from Norfolk, Virginia — the smallest city, with 245,000 residents — to Los Angeles, California — the largest city in the sample, with 3.97 million residents.

In May 2020, the murder rate “rose sharply,” exceeding the previous seasonal peak, immediately after George Floyd’s death on May 25, 2020 — an event that sparked nationwide protests and riots.

“Homicide levels remained elevated through the summer, before decreasing through the late fall of 2020 and the winter of 2021,” the study continues, adding that murder “rose again beginning in the spring of 2021.”

The CCJ goes on to say that while the recent increases in murder and some other violent crimes “remain well below the historical peaks seen in the early 1990s,” they have, nonetheless, “stirred the greatest public concern.”

“A precipitous rise in homicide in the late spring of 2020 coincided with the emergence of mass protests after George Floyd was murdered in Minneapolis, although the connection, if any, between the social unrest and heightened violence remains uncertain,” researchers wrote in the report’s conclusion.

Researchers also concluded that “the results are generally consistent with those of our earlier work and our conclusions have not changed: as the pandemic subsides, long lasting reductions in violence and crime will require cities to adopt evidence-based crime-control strategies and long-needed reforms to policing.”