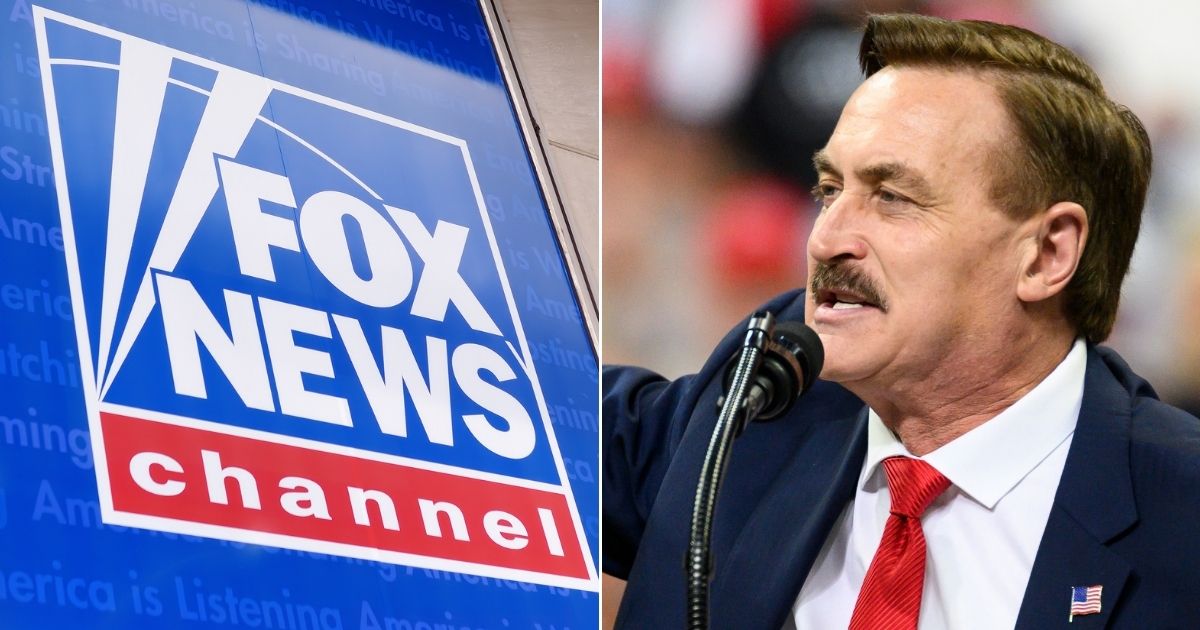 Remember when Fox News cut away from former White House press secretary Kayleigh McEnany when she was talking about voter fraud during a news briefing last November?

Remember when the network cut off former President Donald Trump’s statements during his trip to the nation’s southern border? When it displayed a disclaimer during one of his live speeches?

Many of us do, but it’s obvious the cutoffs didn’t bring an end to Fox’s leftward shift. In fact, it just got a little worse.

It’s even prompted MyPillow CEO Mike Lindell — one of the network’s biggest advertisers — to pull his ads.

The development follows the network’s refusal to air a commercial related to alleged voter fraud in the 2020 election, The Wall Street Journal reported on Thursday.

The pro-Trump entrepreneur said “he wanted to cancel the ads as soon as possible and that he had told his ad buyer to inform Fox News,” the outlet reported.

“Mr. Lindell said he had asked the network to air a commercial promoting a cyber symposium, which he is scheduled to live stream next month,” the report said. “Mr. Lindell said the commercial wouldn’t specifically mention claims of election fraud. But he has said the symposium will prove the 2020 election was stolen from then-President Donald Trump through manipulation of election machines.”

“Shame on Fox News! Shame on them!” Lindell told The Daily Beast. “When I was told they wouldn’t run the ad, I said to cut off advertising on Fox immediately and indefinitely.”

Fox News addressed the move in a statement, saying, “It’s unfortunate Mr. Lindell has chosen to pause his commercial time on FOX News given the level of success he’s experienced in building his brand through advertising on the number one cable news network.”

Do you think Fox News has shifted to the left?

It’s a surprising development, no doubt, especially after Lindell garnered substantial success from his partnership with the network.

Fortunately for Lindell, however, other networks remain willing to air his ad, including Newsmax and One America News.

Still, how will these dissolved ties play out in the coming months, especially considering an increasing number of Americans (yes, even Democrats) have doubts about the November election?

Fox maintains its reputation as a conservative news source largely because of its primetime pundit trio of Tucker Carlson, Laura Ingraham and Sean Hannity, and it’s safe to say that a healthy portion of the network’s viewers hold right-leaning opinions.

Did the network’s disregard for Lindell’s opinions disregard these viewers’ opinions as well? Possibly.

Tucker Savages Geraldo for Defending Illegals with COVID: Spare Me! I Just Threw up in My Mouth

We’re still anticipating the final results of Arizona’s Maricopa County audit to see just how much weight the allegations of voter fraud by Lindell and others bear in the grand scheme of things.

But sparks are igniting in other “purple” areas around the country as well.

Earlier this month, Georgia state House Speaker David Ralston invited the Georgia Bureau of Investigation to launch an independent forensic investigation into Fulton County — which houses much of Atlanta.

While establishment media networks, including Fox News, remain vigilant in suppressing these claims, it’s important to afford everyone a voice — regardless of how controversial it may seem.

Fox has been under fire for its leftist shift in the past, and perhaps Lindell’s disagreements with that shift became too overbearing for his partnership to continue.