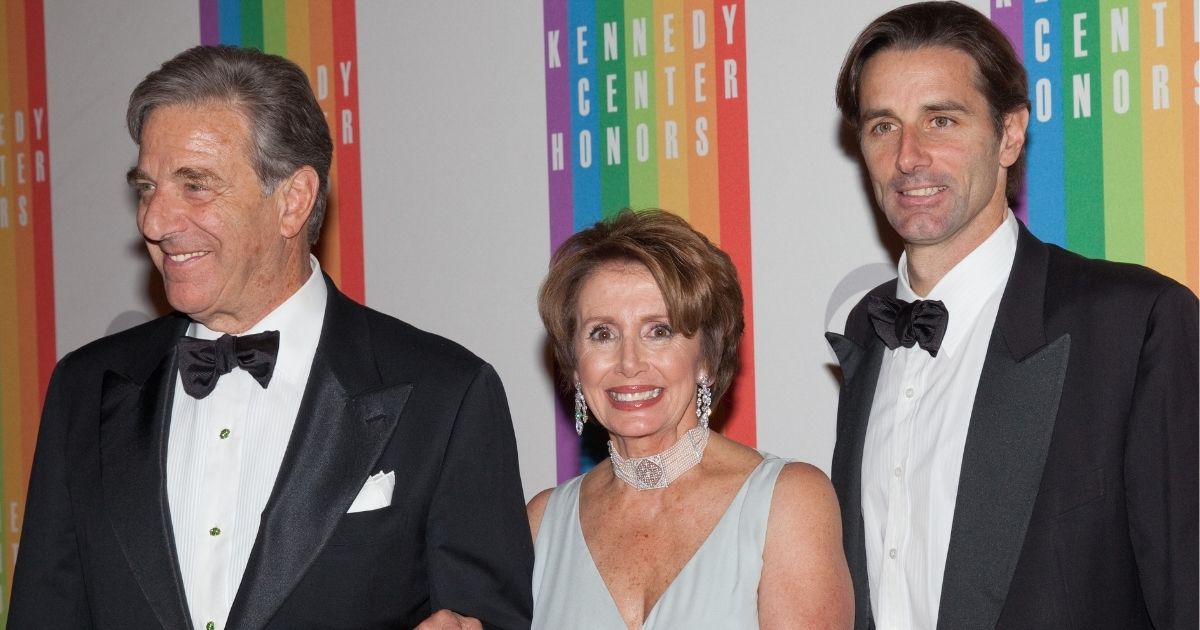 The son of one of the most powerful Democratic politicians in the U.S. has found himself ensconced in controversy this week.

This time, the son in question is not Hunter Biden, the president’s son, who has been at the center of scandal after scandal since before his father even entered the White House.

Instead, it is House Speaker Nancy Pelosi’s son — Paul Pelosi Jr. — who is making headlines.

According to the U.K.’s Daily Mail, “a shocking paper trail” ties the younger Pelosi to five companies that have all been probed by federal agencies for crimes such as fraud.

Of note, Paul Pelosi Jr. himself has never been charged, the Mail reported.

The report found the following connections, some thinner than others, between Paul Pelosi Jr. and instances of corruption:

The speaker’s son allegedly joined the board of a biofuel company after it had defrauded investors.

He was the president of an environmental investment firm “that turned out to be a front for two convicted fraudsters,” according to the Mail.

He allegedly received millions of shares in a lithium mining company he had joined, shares which were reportedly part of a massive fraud scheme amounting to $164 million.

Do you think Pelosi's son has a shady career history?

Pelosi Jr. served as vice president for another company that had been closely investigated following accusations it was targeting senior citizens with scam calls, according to the Mail.

He reportedly has close business ties to an individual that the Justice Department has accused of running a fake charity, pretending to represent the U.N., that stole money from investors.

Finally, Pelosi Jr. worked for a medical company that, according to an FDA investigation, tested drugs on individuals without authorization, the Mail reported.

It should be noted that by no means does this investigation prove that either Nancy Pelosi or her son is corrupt or complicit in these crimes.

That being said, it does lay out the case that Pelosi Jr. has a long history of getting involved with shady individuals and organizations.

Counterpunch: Mike Lindell Turns the Tables on Pelosi and Her Revenge-Seeking Jan. 6 Committee

These allegations are shockingly similar to the ones levied against the aforementioned Hunter Biden.

Past reports have indicated Biden’s involvement with purported corrupt business dealings with Ukrainian and Chinese companies.

Could Biden and Pelosi Jr. both be largely innocent of any wrongdoing or corruption?

That being said, these allegations and new developments, when it comes to both men, should be investigated thoroughly.

With Joe Biden in the White House and Nancy Pelosi serving as Speaker of the House, however, don’t hold your breath.

Accountability for the most powerful among us often isn’t doled out quite as justly as many Americans would like to think it is.