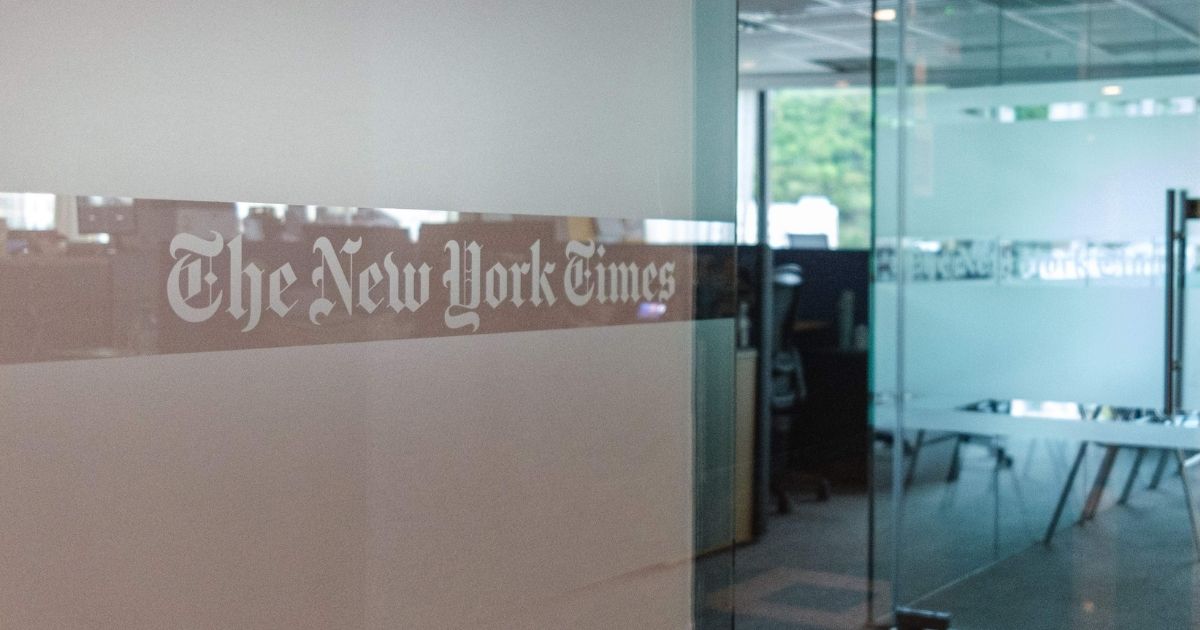 The left has long been pushing election reform bills that are really just an attempt to secure more votes for themselves. That has been the case with the infamous House Resolution 1 bill, which has nothing to do with integrity and everything to do with political gain.

It has become an unfortunate habit of those on the left to attempt to disguise their true intentions by pretending they really care about American voters. On July 13, President Joe Biden said HR 1 must be passed “to protect our democracy and the sanctity of the vote,” according to a transcript of his speech.

Conservatives know this is a lie, as HR 1 would actually threaten democracy by greatly increasing the likelihood of voter fraud. Yet even through lying, the left was at least pretending to care about the sanctity of our elections.

On Wednesday, The New York Times decided it was no longer necessary to hide its real agenda. The outlet published an Op-Ed written by guest essayist Atossa Araxia Abrahamian, entitled, “There Is No Good Reason You Should Have to Be a Citizen to Vote.”

In an apparent attempt to cover for itself, the Times explained the article was “part of a series exploring bold ideas to revitalize and renew the American experiment.” Yet even if the Times did not openly endorse the article, it at least gave the story a platform by publishing it.

Sadly, the title is far from the worst portion of Abrahamian’s written attack on American democracy. She explained that as a “resident foreigner,” she feels it is somehow unfair that she cannot vote for the president of a country in which she is not a citizen.

“Nearly 15 million people living legally in the United States, most of whom contribute as much as any natural-born American to this country’s civic, cultural and economic life, don’t have a say in matters of politics and policy because we — resident foreign nationals, or ‘aliens’ as we are sometimes called — cannot vote,” she wrote.

This is an incredible statement in more ways than one. First, the assertion that Republicans are “suppressing, redistricting and manipulating” is not at all substantiated.

Do you think Democrats will actually move to allow noncitizens to vote?

In states like Georgia and Texas, Republicans have moved to secure election integrity through measures such as requiring voter ID. That is hardly an infringement on rights.

Furthermore, Abrahamian’s solution to Republicans’ supposed voter suppression is for the Democratic Party to add noncitizens to its voting base. How is that an effective way to secure Americans’ confidence in elections?

Abrahamian went on to assure readers that while her plan seems outlandish, it is certainly achievable.

“Early in the United States’ history, voting was a function not of national citizenship but of gender, race and class,” she wrote. “As a result, white male landowners of all nationalities were encouraged to play an active role in shaping American democracy, while women and poor, Indigenous and enslaved people could not.”

“That wholesale discrimination is unquestionably worse than excluding resident foreigners from the polls, but the point is that history shows how readily voting laws can be altered — and that restrictive ones tend not to age well.”

Restricting citizens of other countries from voting in America’s elections is not the same as barring Americans from voting on the basis of race or gender, but Abrahamian had no problem making this dishonest comparison.

In the end, the scariest part about her plan is that the idea of voting being restricted to citizens does not seem like an “age-old, nonnegotiable fact,” as she put it. Instead, “expanding the electorate” seems like an idea that many Democrats would happily consider.

Through bills like HR 1, progressive Democrats are pushing toward the goal of winning elections by manipulating election laws for their own purposes. Abrahamian’s proposal is ridiculous, but it is not a far cry from the level to which many Democrats have already stooped.