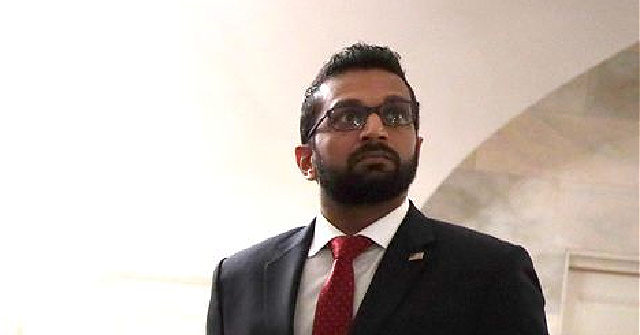 Former White House national security official Kash Patel said Thursday that the only tactic the defense had left in the Michael Sussmann trial was “jury nullification,” in which they would urge the jury to look past the evidence presented.

Patel spoke to Breitbart News editor-in-chief Alex Marlow on Breitbart News Daily on SiriusXM Patriot 125, one day after the prosecution rested its case. The final piece of evidence was the interview that Patel himself had conducted with Sussmann four years ago, when he was helping then-Rep. Devin Nunes (R-CA) run an investigation into “Russia collusion” on the House Intelligence Committee. Sussmann had told the committee that he was working for a client when he went to the FBI claiming that computer evidence showed then-candidate Donald Trump was tied to the Russian government via Alfa Bank.

However, Sussmann allegedly told the FBI that he was not working for a client, but merely approaching the agency as a concerned citizen. He is charged with lying to the FBI, and the case is the most high-profile prosecution by Special Counsel John H. Durham, who has used the trial to expose the links between the Clinton campaign and the Russia collusion hoax.

Patel noted the role of Rodney Joffe, a tech executive who allegedly sought information implicating Trump that he could  give to the FBI. Patel, who watched the trial in person, said he was “stunned” that Joffe was an “asset for the Hillary Clinton campaign that was feeding into the FBI, and they knowingly allowed him to provide them with false information to launch an operation against President Trump.” He likened Joffe to Christopher Steele, who created a fraudulent “dossier” on Trump.

Despite the presence of three Hillary Clinton donors on the jury, Patel said, he was confident that the prosecution had a good chance of convicting Sussmann on the strength of the evidence presented, which suggested he was representing Clinton when he approached the FBI, though he said the opposite. The only strategy the defense had left, he said, was “almost a jury nullification argument, almost a ‘so what’,” in which they would argue that Sussmann had acted in the public interest.