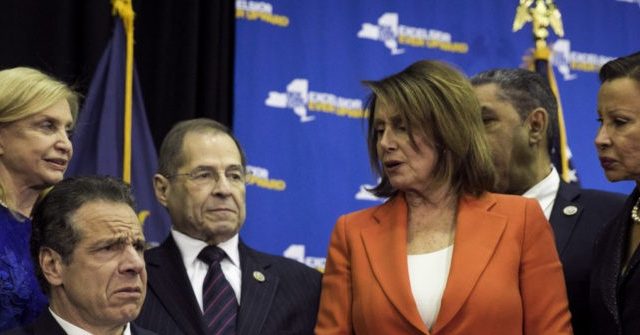 Pelosi said in a statement:

Under Attorney General Letitia James, a comprehensive and independent investigation into the allegations against Governor Cuomo has been completed.

As always, I commend the women who came forward to speak their truth.

Recognizing his love of New York and the respect for the office he holds, I call upon the Governor to resign.

Pelosi’s statement made her the most powerful Democrat member of Congress to call for him to step down or be impeached. Earlier in the day, a string of progressive lawmakers, local politicians, and pundits called for his resignation or for him to be impeached if he did not resign. Some also called for Cuomo’s brother, CNN anchor Chris Cuomo, to resign.

Republicans are also calling for Cuomo to resign.

Hours after the news broke, President Joe Biden said at a press briefing that he maintained his earlier position that if the allegations against Cuomo were substantiated, he should step down. “Yes,” he said, when asked if he was calling on Cuomo to resign.

However, he stopped short of calling for him to be impeached and removed from office.

“Let’s take one thing at a time here. I think he should resign,” he said.