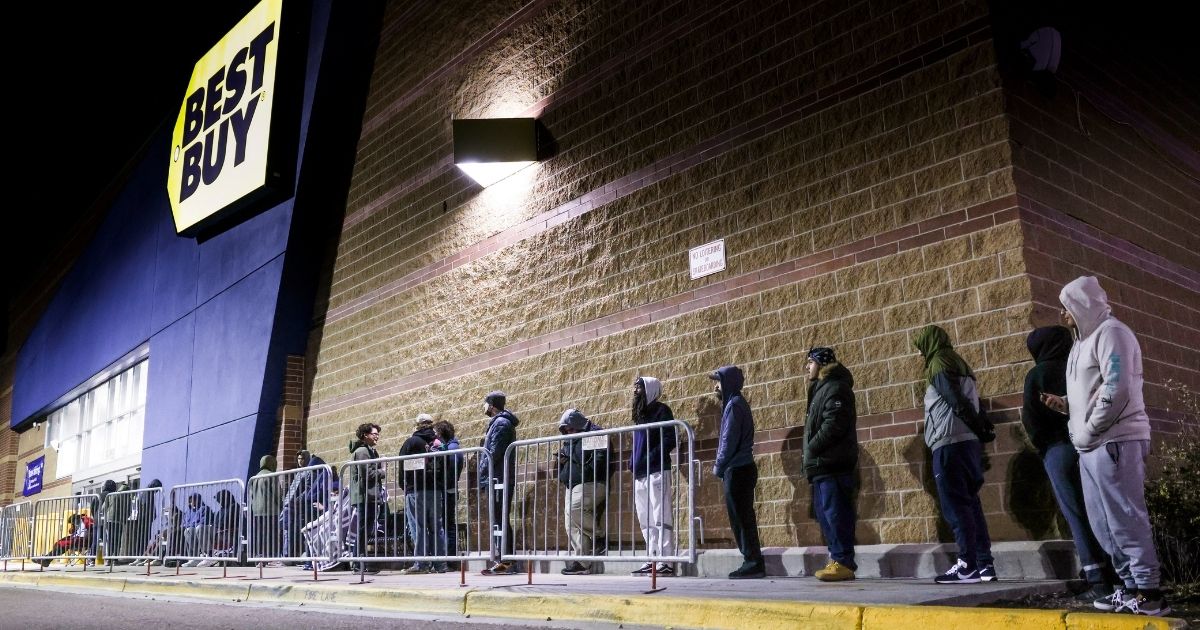 Retail stores across the United States have been on high alert in recent weeks amid a trend of mass organized thefts, and some law enforcement officials are proposing drastic measures to combat it.

One area seriously impacted by the surge is Minnesota, particularly with Best Buy, in which over a dozen people looted the store’s locations on three separate occasions on Black Friday.

In Maplewood, Minnesota, where one of the looted Best Buy stores is located, the thefts prompted a response from police Lt. Joe Steiner.

Most importantly, he said “multiple” suspects have been identified in the lootings, even though nobody has been arrested as of Wednesday, according to Star Tribune.

Has your area experienced mass theft?

The Western Journal reported earlier this week that Best Buy CEO Corie Barry said that the robberies are “traumatic” for employees.

“We are seeing more loosely organized groups come together and target our stores, and frankly, you are seeing it across retail,” Perry told CNBC in an interview.

“For our employees, these are traumatic experiences, and they are happening more and more across the country.”

This wave of robberies has also deeply impacted San Fransico, California, which is a damning indication that this could become a nationwide issue soon.

If the trend continues, customers and retail workers alike will feel unsafe in areas that are supposed to be calm.

Watch: Riots Break Out Ahead of Kim Potter Trial – Minneapolis in Complete Disarray

It would not be surprising if the Twin Cities and the Bay Area see a downturn in retail sales this holiday season, as fewer people might be willing to go out.

In order to reassure the public, law enforcement across the country needs to set the precedent that these organized crime waves will not be tolerated, and retail stores need to, unfortunately, be preparing for the worst.

Although many might view the trend as victimless property theft, these situations can easily turn violent. Even if they do not, stolen goods mean major losses for businesses, which may have to lay off employees or shut down locations as a result.

Working in retail is already a stressful job, and these workers are now forced to deal with an additional burden.