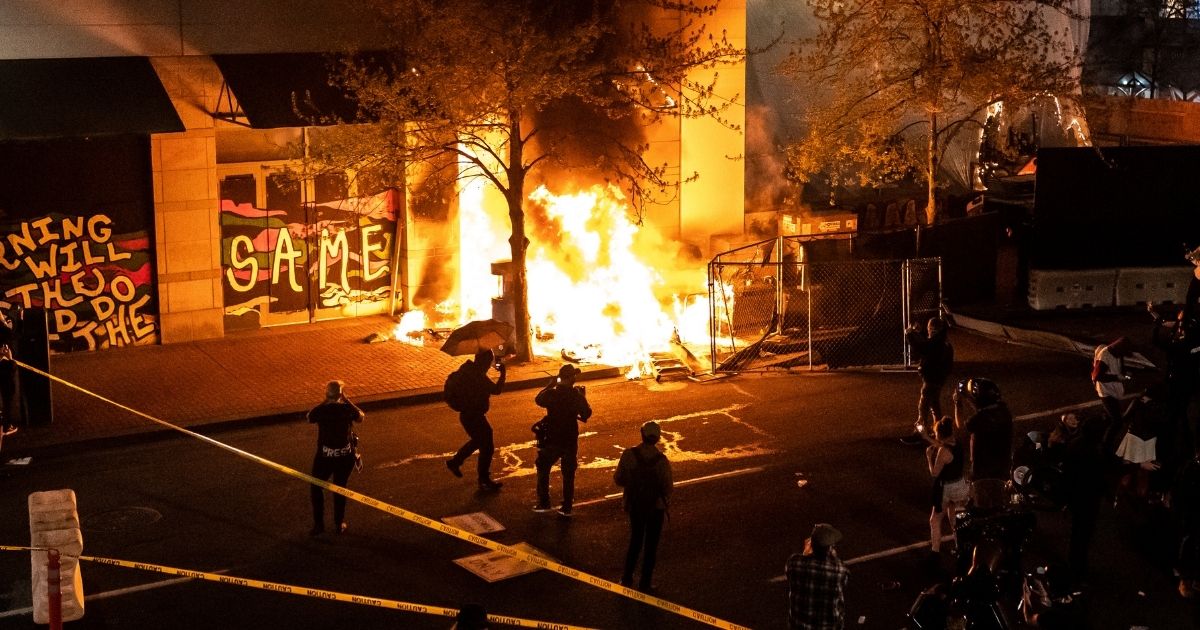 A restaurant owner in Portland, Oregon, wrote a letter to city leaders saying she loves her city but it is no longer safe for business as liberal policies continue to allow crime to surge.

“Over the last year and a half, the occurrence of close contact psychotic outbursts from houseless people, aggressive behavior, abuse and damage to our property is a daily norm,” Kristen Murray, owner of the Maurice cafe in downtown Portland, wrote in her letter, according to Fox News.

“It threatens myself, my staff, my customers, my business, your citizens and the mass of unwell people need so much support as well. Our lives are all valuable,” she added.

When asked why she wrote the letter, she expressed her love for her city.

Vaccine Tyranny: UCLA Doctor Escorted Off Property for Refusing Vax, Then He Reveals His Plan

“I love Portland, and I believe in Portland being able to come out of this. It’s just gotten so wildly unbalanced right now and it’s not safe, unfortunately,” Murray said.

Her letter has led to an upcoming meeting with city officials and other business leaders to address Portland’s crime problem.

“The city is at a breaking point and it has been, but things have really exploded over the last couple of months, weeks, and I really don’t want to close up shop,” she added.

“The city has to make some dramatic changes,” Murray said.

Some have blamed the city’s rising crime on its attitude toward policing. In June, the city went after a police officer for his actions during one of the many leftist riots in Portland in 2020, leading the city’s team of anti-riot cops to resign and disband.

Oregon Public Broadcasting reported that Portland Police Bureau Officer Corey Budworth was indicted on a charge of fourth-degree assault relating to an Aug. 18, 2020, incident in which he struck a rioter with a baton.

Today, Multnomah County @DAMikeSchmidt announced that a grand jury indicted Portland Police Officer Corey Budworth with one count of Assault in the Fourth Degree for alleged criminal conduct that occurred during a protest in August of 2020. https://t.co/iUoe4uqUzf pic.twitter.com/owYOdkAYZq

“My office will continue to do everything we can to ensure justice is done without error or delay and that we make sure our work and practices are rooted in fairness and equity,” he said.

Schmidt pursued Budworth, who was working as a member of the police bureau’s all-volunteer Rapid Response Team during last summer’s incident.

Oregon Public Broadcasting reported the officer with the baton in the following Twitter video is Budworth:

WARNING: The following video contains vulgar language that some viewers may find offensive.

Cop 37 shoves woman hitting her from behind in the head with baton, then hits her again in the face with baton while she is sitting on the ground pic.twitter.com/t4phwbWpsK

Budworth was found to have done nothing wrong by his superiors, given the circumstances. But he was hit with a criminal charge, to which he pleaded not guilty on July 12.